The anthropogenic or "man-made" warming/climate change camp is getting desperate, some or many of them are turning to outright threats and witch hunting. See these news reports below. 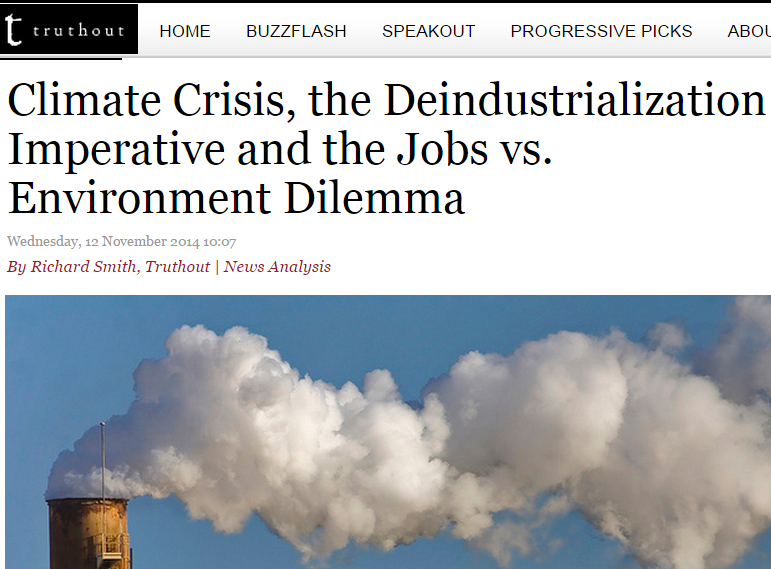 From truthout.org, November 12, 2014. This camp of environmental militants want to promote deindustrialization, to junk modernity, meaning we go back to the dark  ages? For these eco-socialists, modern life like having more computers and mobile phones, more internet acccess, and capitalism is something that we should be ashamed of. But they are using products of capitalism like fb, youtube, google, etc. to advertise their anti-capitalism campaign, 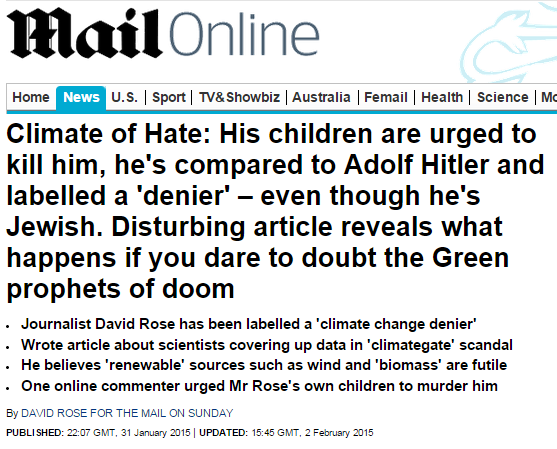 A troubling news from Daily Mail in UK, urging children of skeptical writers to kill their parents. The extent of  intolerance by the "man-made" warming establishment seems to have not diminished yet. 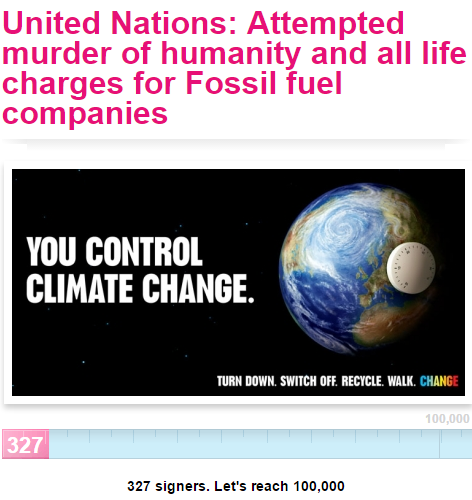 Fossil fuel companies have polluted the earth due to the sale of their products. Climate change is real and caused by humans. We need to press charges in a Humanity backed class action lawsuit. To press charges for the deaths that have occurred from climate change, and the deaths of all life which will be certain to be near total if we continue on this path. We are in the 6th great mass extinction. I am pressing charges for the death of all life on this planet. Attempted murder of all life on this planet against fossil fuel companies. 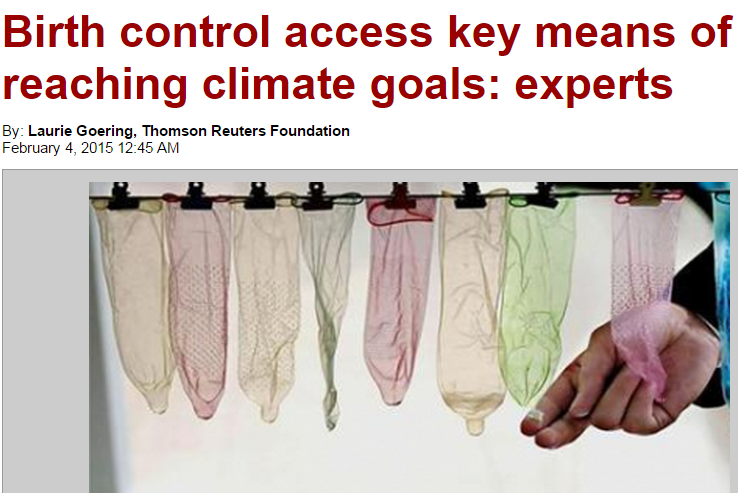 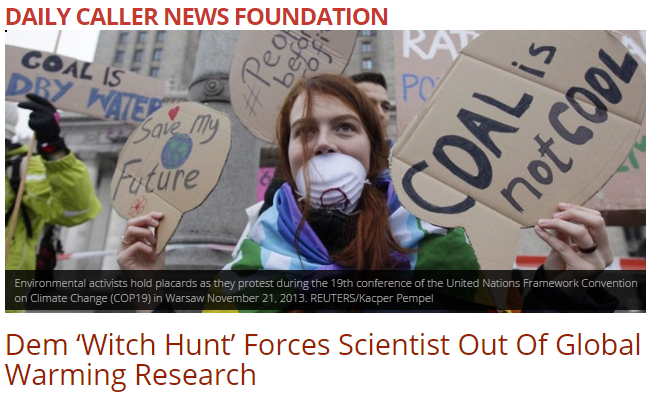 Climate witch hunting. The political and congressional pressure is too much for some scientists who want to remain independent minded. New victim is Dr. Roger Pielke Jr. From Daily Caller, February 25, 2015.

This investigation, and other attacks, have forced Pielke to stop researching climate issues. He said the “incessant attacks and smears are effective, no doubt, I have already shifted all of my academic work away from climate issues.” 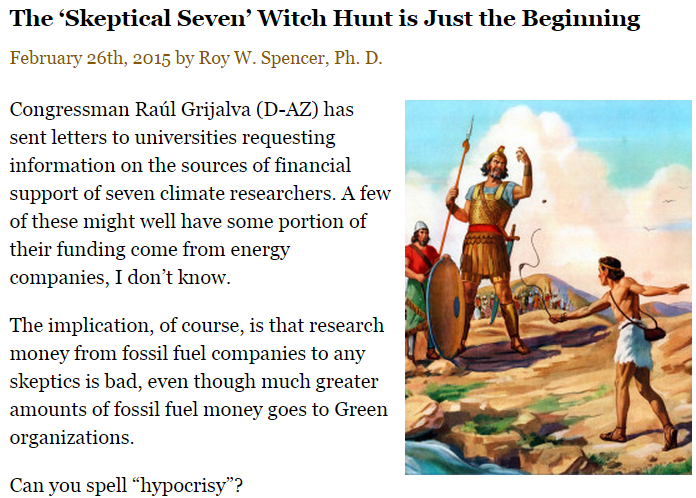 The recent WH release of what amounts to a directive to go after “climate change deniers” (who the hell denies that climate changes?? Sheesh!) seems to have been the start of an orchestrated effort to shut us down.

That Roger Pielke, Jr. is one of the current ‘Skeptical Seven’ targets is especially troubling. Roger is quite green and hardly considers himself a skeptic. In fact, he largely agrees with the IPCC. All he asks is that people stop making demonstrably incorrect claims that “climate change” is causing greater damage today than it ever has. (Total monetary losses due to weather rise as prosperity and infrastructure increases, even if weather becomes somewhat less severe). Yet, Roger is now backing out of climate change related research due to the current witch hunt. 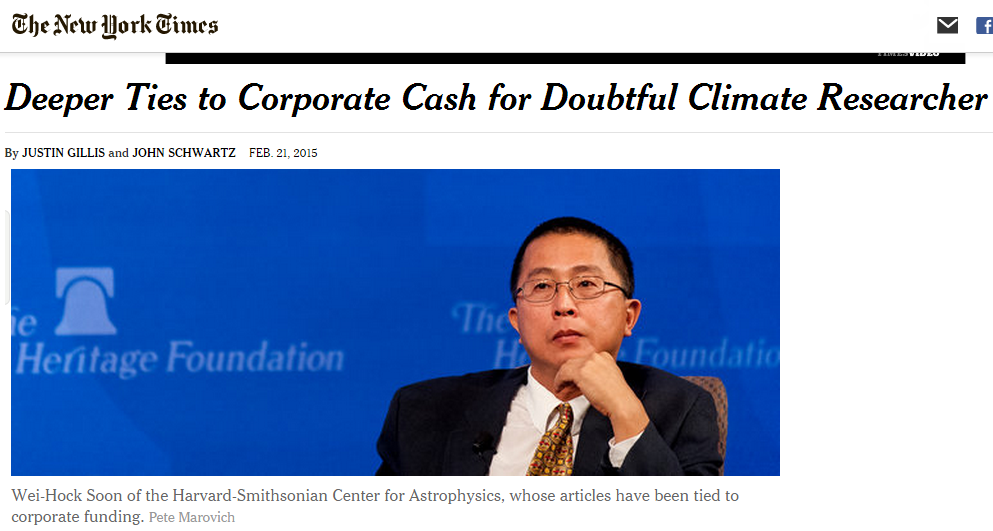 Another scientist that is repeatedly attacked by the CC establishment is Dr. Willie Soon of the Harvard-Smithsonian Center for Astrophysics in Boston. If you can't face the message, shoot the messenger, NYT style,

A rebuttal from James Delingpole in Breitbart 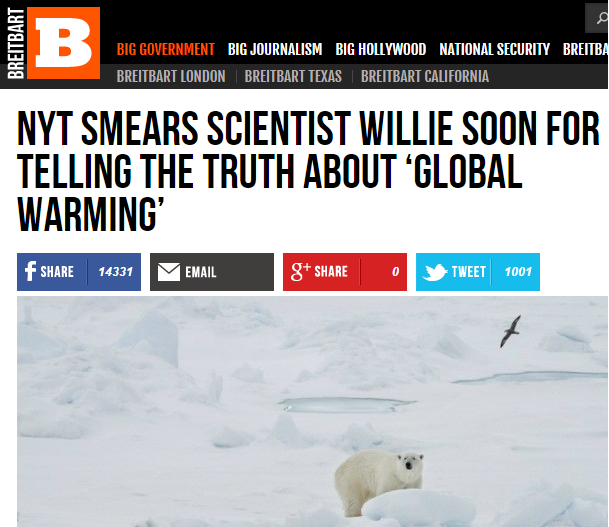 What most definitely is scandalous is the vile hypocrisy of Soon’s harrassment by the warmist establishment, which receives billions every year from the US government, left-wing charities, and billionaire activists like Tom Steyer and George Soros to prop up their bankrupt cause by promoting exactly the kind of junk science which Soon (and similarly principled scientists) have made it their business to shred.

The warmists are losing their argument. Their desperation is beginning to show.

And from Hockey Schtick, NYT/Greenpeace think these 4 graphs showing a remarkable130-year solar-climate relationship were fabricated by the oil industry 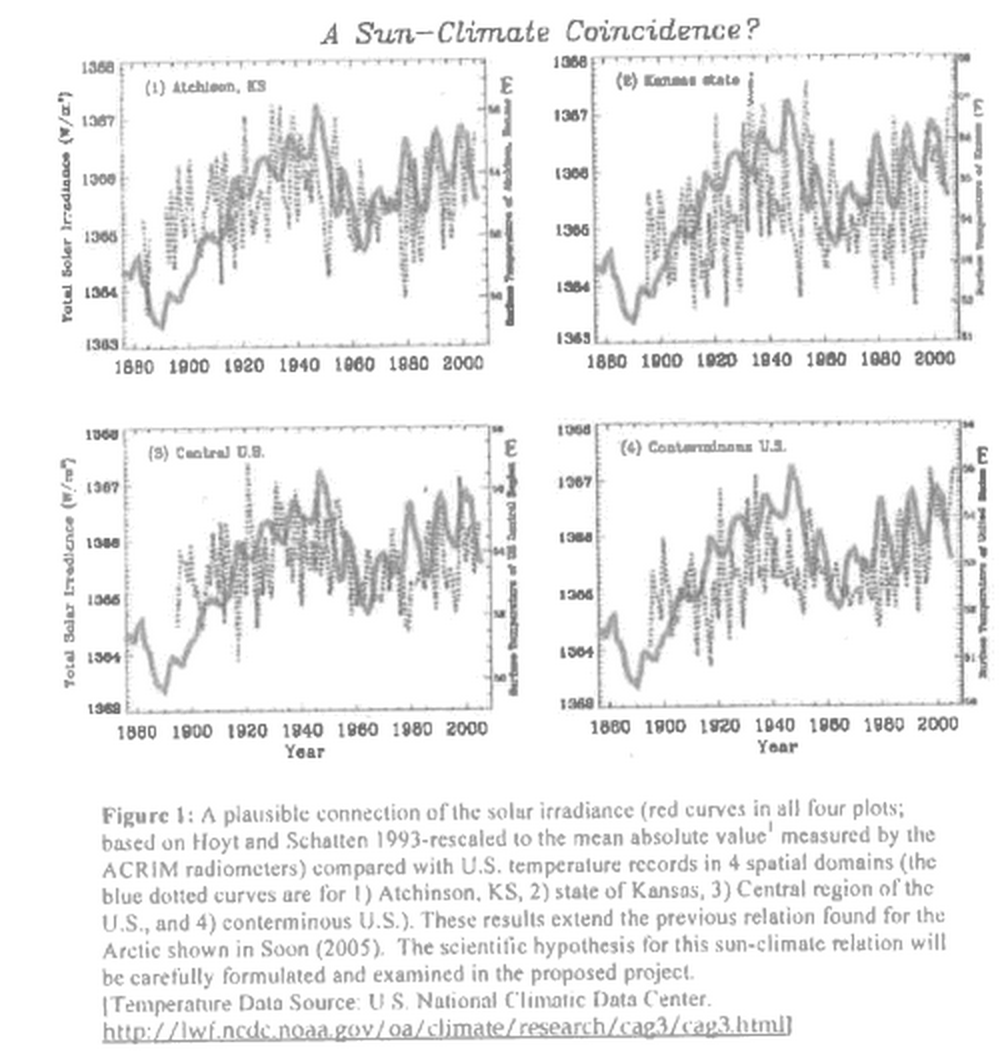 Resorting to  witch hunting, personal attacks, is one sign  of desperation. From them who deny that  CC is natural and cyclical, who deny that global cooling can also happen, who deny that CO2 is a useful gas to plants, trees, animals and people.
------------