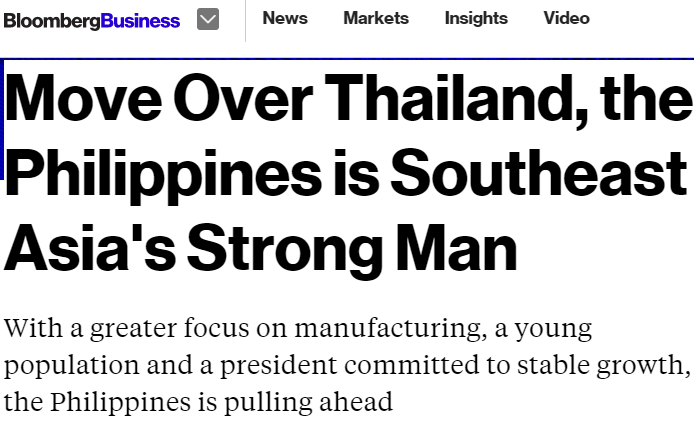 
The reporters, Rina Chandran and Sharon Chen, were at the Ayala-UPSE forum at Intercon Hotel in Makati last January. I was there too. It was NEDA Sec. Arsi Balisacan who said "no longer sick man of Asia", not the reporters, not their editor/s. The article makes sense.

The sections on consumption boom and population boom, it's true. Our big, young population is an asset, not a liability. More population means more producers and consumers, more entrepreneurs and workers. Thailand -- and Japan, S. Korea, HK, Singapore, Taiwan, China -- they are ageing. In many parts of Japan for instance, the sale of adult diapers is larger than the sale of baby diapers. Their public spending for healthcare and pensions will jump to the roof, or the sky, while the number of their young workers who will pay taxes and pension contribution will remain flat, if not declining. BIG problem for them, but not for the PH. 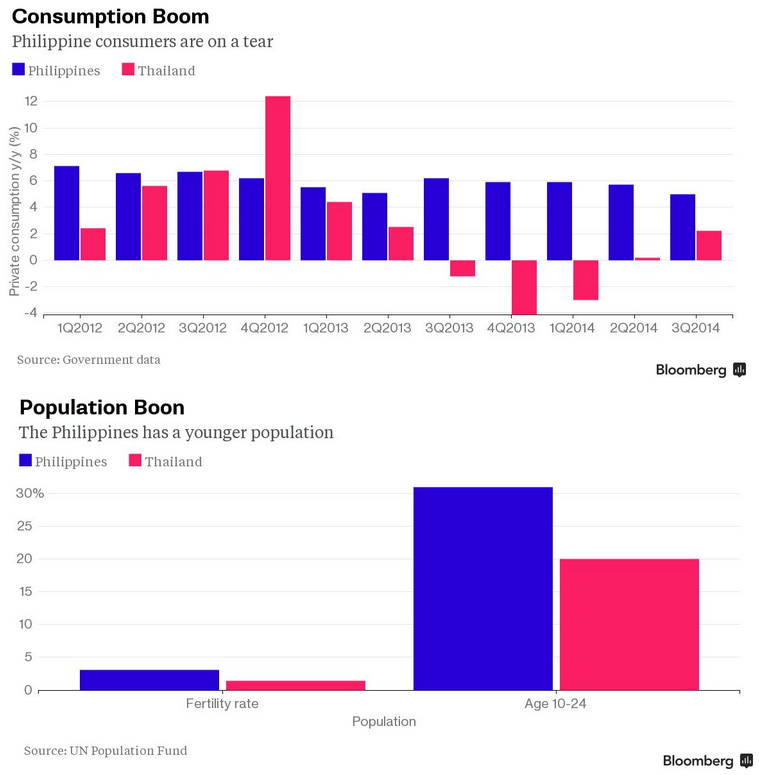 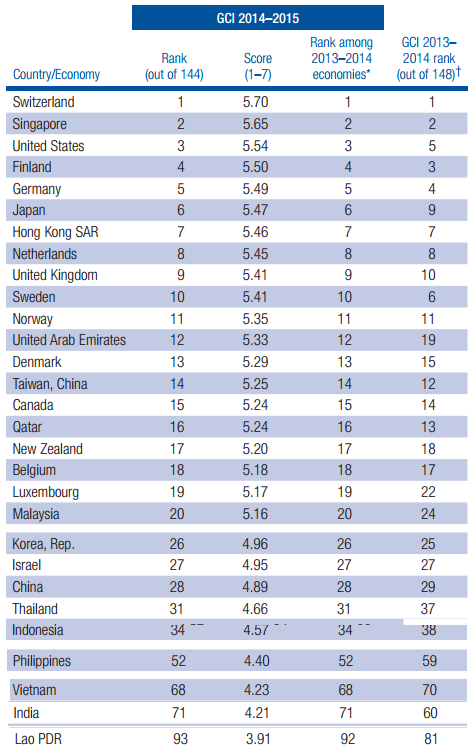 It Is true that Thailand has higher GCI rank than the PH. But there are many indicators of global competitiveness. Our Constitution alone would quickly put down out competitiveness -- foreign competition and investment in many sectors is banned, or restricted to 40 percent maximum. In Thailand and other Asian economies including socialist Vietnam and China, foreign investors and competitors are allowed up to 100 percent equity in many sectors.