To celebrate darkness even for one hour is lousy. More, stable electricity at lower price gave us modern life, including the convenience of the web, blogger, facebook and youtube. The World Wildlife Fund (WWF), instigator of "celebrate darkness", "use less energy and electricity" movement, along with the  UN and Greenpeace, should give special awards to North Korea. 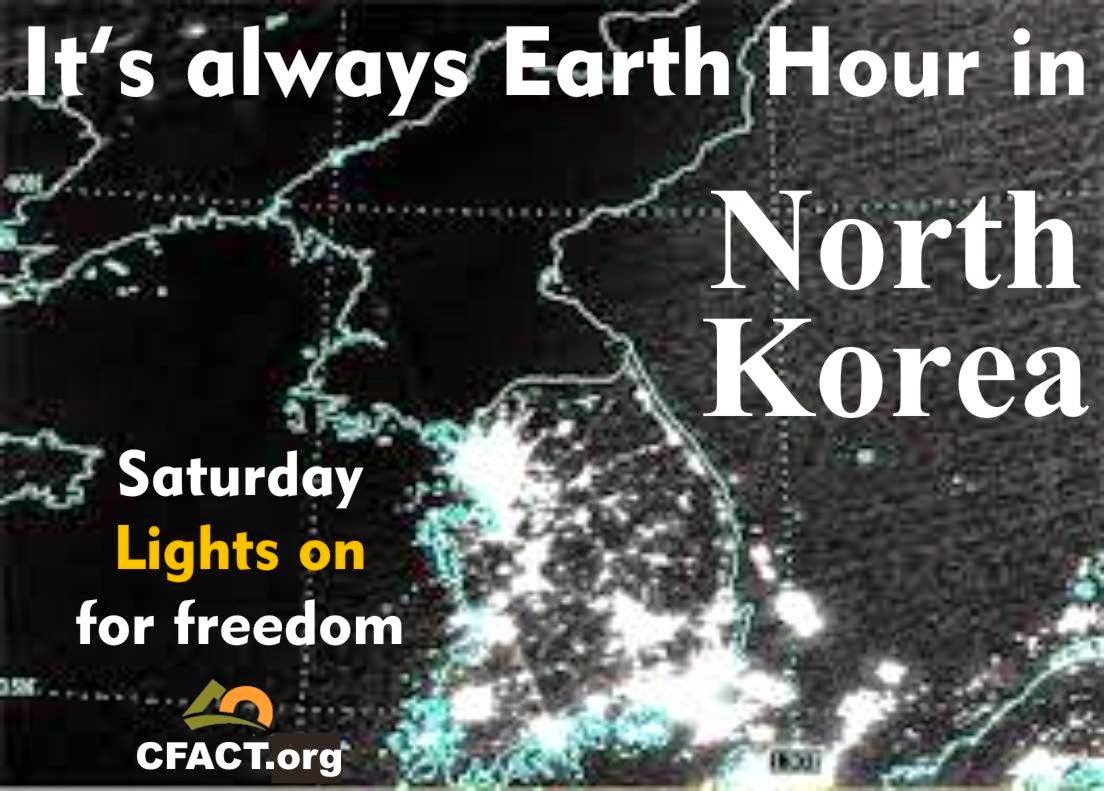 The WWF, the UN and GP, the triumvirate for climate alarmism, should have offices in Pyongyang.  It's heaven on  earth there, they have little electricity, few power plants from non-renewables, and they use less energy. 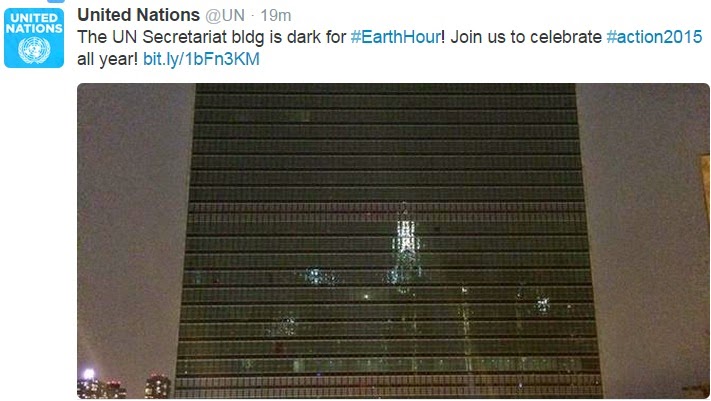 The UN says we should send them more money, so they can have more and  endless climate junkets. As the UN and other climate alarmists cause more alarm and public scare, they get more funding, private and taxpayers money. Then use the money to scare and deceive the public more.

Greenpeace US says more lights and electricity creates "man-made" CC. Thus, the solution is to go dark, wow. The offices, the houses of officers and staff of WWF, UN and GP should go dark every night, 365 nights a year and not just one hour a year. That way, they can help save the planet and walk their talk. 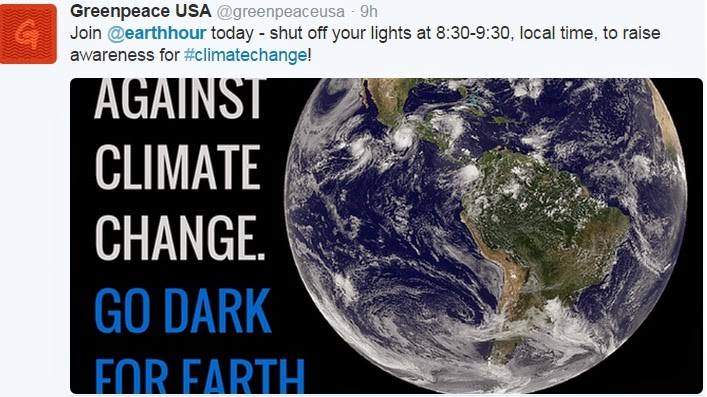 Ok, what is the inconvenient truth in climate science? I am posting just four papers from four scientists from four different sources. 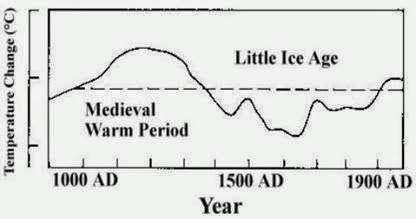 The Medieval Warm Period (MWP) contradicted their claim that the 20th century was the warmest ever.

The Little Ice Age (LIA) showed that the present warming trend began prior to the major impact of the Industrial Revolution. Significant production of CO2 by humans began only after World War II....

Global average surface temperature changes (as James Hansen has also stated), can only be due to 3 processes: (1) radiative forcing, (2) radiative feedback, and (3) changes in ocean vertical circulation, all of which can be addressed with a 1D model like ours. 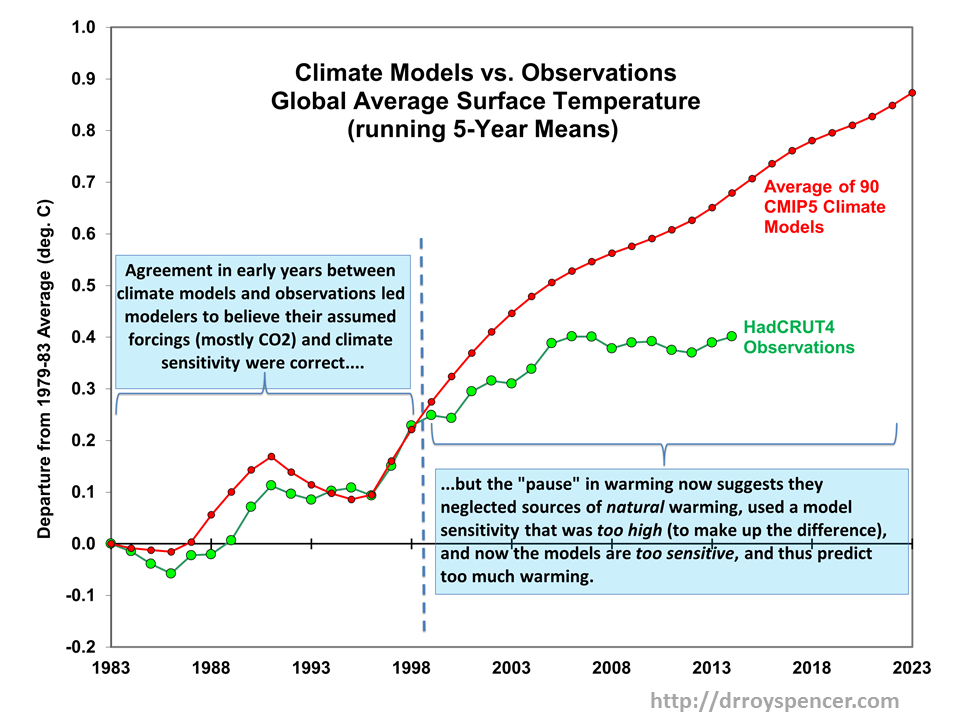 Fig. 1: History of change of the total global CO2 concentration per year (green) and only on the surface properties (temperature + humidity dominant parts) induced change in CO2 concentration (blue). Correlation coefficient of 0.93. In contrast to the natural CO2 emissions depend on the "surface properties", do not have the anthropogenic emissions.

...The man-made share of CO2 in the atmosphere is only a maximum of 30% (0-30%). The remainder is related to temperature changes, natural outgassing from the oceans, and to humidity.

The residence time of CO2 in the atmosphere is only 4-7 years, not hundreds of years as falsely claimed by the IPCC Bern model.

Man-made CO2 emissions increased a whopping 350% faster since 2002, yet the rate of CO2 increase in the atmosphere remained steady at ~2.1 ppm/yr, a "strong indication that anthropogenic emissions can not have a significant or even dominant share....

Figure 1: Solar activity of the current Cycle No. 24 in red, the mean value for all previously observed cycles is shown in blue, and the up to now similar Cycle No. 1 in black.

Here in the Philippines, I think more people now realize that glorifying darkness, even for one hour, is a stupid act. Hence, few people turned off their lights last night. If people think having darkness is a good act, then they should have earth hour every night, 365 hours a year, not just one hour a year.

If someone already knows that atmospheric CO2 is readily convertible to carbonic acid in water (H2CO3) which converts to Bicarbonate (HCO3-) which converts to either Sodium Bicarbonate or the Carbonate ion (CO3-2) which ends up as Calcium Carbonate (CaCO3), also known as seashells, skeleton bones, coral reefs, chalk, and limestone, one would also know how quickly such a CO2 increase would quickly be absorbed by the environment. But since very few so-called "environmentalists" actually know science, it's very easy to make them panic. Boo!

Finally, here's a better celebration. More lights at night mean less road accidents, less crimes, less strained eyes by students and workers. The campaigners of "darkness to save the planet" do not realize the dangers to humanity of their advocacy. Or they realize it but they do not care. What is important for them is the advancement of their ecological central planning advocacy.
-------------