1. "U.S. fostered efforts... that emphasized free markets..."
I don't think this is the case in 8 yrs of Obama-Biden, especially in healthcare and energy, big government roles there under almost single-payer HC and anti-coal regulations by EPA, anti oil-gas fracking in many federal lands.

2. "Washington’s excessive focus on the Middle East and the global war on terror."
Trump tried to stop this, pull out all US troops from MidEast and Afghanistan but he's restricted by defense-arms industry mafia, others in the deep state.

3. "Trump’s... steel and aluminum tariffs..."
We should review again tariff rates of countries before Trump. CN, EU, even JP have mean tariff rates that are 2-3x higher than US. 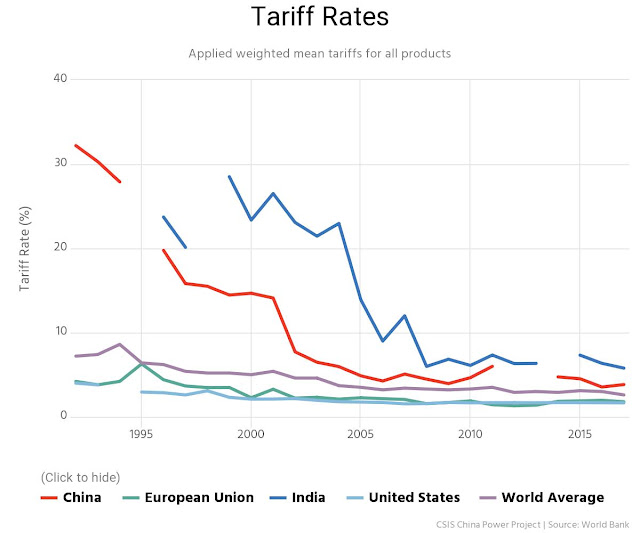 As I argued before, Trump challenged G7 countries in June 2018 to have "mutually zero tariff, zero subsidies trade" and they all got angry. When they were confronted with "mutually high tariff" they also got angry. 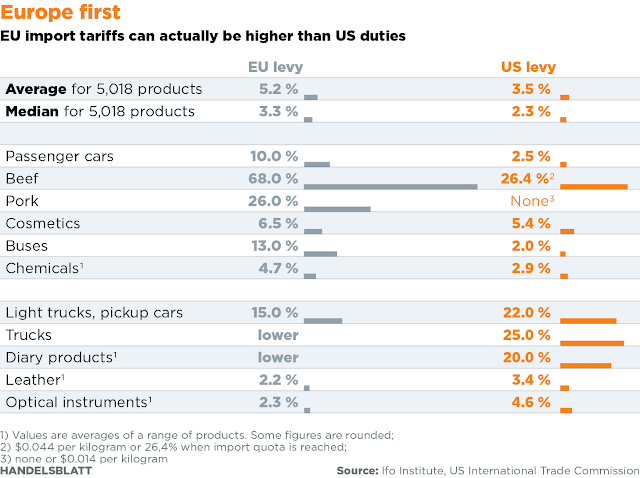 4. "withdrawal of some troops from South Korea..."
Not only in S. Korea but also in Germany, the base of US defense operations for Europe and Africa. Consistent with Trump policy to stop "endless wars" and many people got angry at him. They love endless wars.

5. "Most countries want the U.S. to continue to serve as a check against rising Chinese influence, both economically and militarily."
This is Trump strategy. Pull out of MidEast esp Iraq and Syria, get out of Afghanistan entirely, even Germany, and focus its military in SCS/WPS and Taiwan. Why, US has little business in Afghanistan or Syria Iraq. But it has thousands of container ships that pass through the SCS and being bullied by CN Navy is not good for their business. Explicit military defense of Taiwan is also good policy. Not sure if Biden will make the same policy on Taiwan.

Most of Bob’s paper I agree.

TDS (Trump derangement syndrome) people might argue that Trump sending aircraft carriers and battleships in SCS, explicit defense of TW, is the same as keeping US troops in Iraq, Afghanistan, Syria, etc. No, far out. In SCS, they are thousands of trips of US cargo ships delivering exports and imports yearly passing by SCS, and CN Navy can harass them as passing on "CN waters." This can be considered as CN initiating a military confrontation, sending battle ships vs ordinary cargo ships. The US Navy telling the CN Navy that this is international waters, not CN waters, their cargo ships can freely go there and if CN warships would harass those commercial ships, US Navy and Air Force will defend their cargo ships.