The philosophy of universal basic income (UBI) is floated and discussed in many countries now including the Philippines. The philosophy is lousy because even the lazy or irrelevant-thinking people will have guaranteed universal income.

I am reposting a good article by a friend, Nick Sallnow-Smith, Chairman of The Lion Rock Institute (LRI) in Hong Kong. This was published in the LRI Newsletter, June 2017. 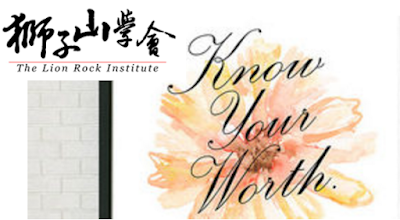 What are you worth?

It is often suggested by those skeptical about the value of free markets, that to contribute to the community you need to be active in the world of charities, NGOs, or what is called “public service”. By implication, to work in the business sector is an indication of selfishness and greed. You are only out for yourself is the implied slur. This approach finds the idea of Universal Basic Income (UBI) very attractive because it is claimed it enables the detachment of the income you receive from the work you do. The promoters of this idea seem to find it self evident that this a “good thing” because people will be spared the drudgery of work and can instead follow their dreams to be creative, or make other life choices unconstrained by the need to earn income. Let’s examine if either of the elements of this argument make sense: that working in business is selfish, and that detaching income from what you do with your life is inherently desirable.

The growth in our standard of living since most human beings were engaged in subsistence farming is largely due to the division of labour; to specialisation in activities in which you are relatively more able than others. For this specialisation to be facilitated, we need a means to exchange our skills with the products and services produced by others. This means is money (whether gold, fiat money, shells and any other accepted exchange medium). Money does more than enable us to exchange with others, it provides a measuring device by which we can assess the cost of products and services against their relative value to us. But more than that, the market enables us to assess the relative value to others of the skills we have.

When I choose whether to be an artist or a banker or a tour guide, I know my own preferences for what I’d like to spend my time doing. The income I am offered by potential customers of my art, banking skills or tour guide work tells me the relative assessment by others of my prowess in these areas. I may still choose to be an artist, and settle for a low income if I love it enough, but market pricing tells me that the community would prefer me to stick to being a tour guide and not bother with my rather poor oil painting. By pricing my skills in a free market, my value to the community – what I am worth – is laid bare.

By contrast, if I work in a charity, NGO, or the public sector generally, there is no test of the value of what I do; certainly not one that enables relative value to be assessed. I might be a rather poor schoolmaster (actually in 1974 I was!) but since the students’ parents did not pay my wages, had no way to dispense with my services, and had no input into the process by which their children were taught, I had no information about whether what I did was valued at the level of my income, nor whether I would be contributing more to society as a barman.

Which is more selfish then? To offer your services in a competitive labour market and see how the community truly values what you do; or to take a position in those sectors which never submit you to a market test.

It is concerning to me that those who work in “public service” frequently imply that theirs is a more noble calling than the down and dirty private sector, where everyone is in it “only for the money”. In fact, the opposite is the case. Only if you subject yourself to the market test can you ever know whether the community of which you are a part, values what you do.

Let me turn now to the UBI idea, which is currently such a hot topic in policy debates about how to respond the feared loss of jobs resulting from AI. If what you do is detached from the income you receive, you sever completely any possibility of knowing whether what you do is of any value to the community. Indeed the policy proponents are claiming this severance is a benefit, that what we do should have no relationship to what others value in us. We should all be supported by the state so that we can do whatever we like, without regard to its value to society. This seems to me to be a policy of institutionalising the disregard of our value to the community. In answer to the question in my title, it does not matter what you are worth, say the proponents of UBI, it need never be measured. Many who disapprove of free market libertarianism claim it “atomises” the community, rendering us all completely separate uncaring individuals, alone in the social universe. Yet the opposite is the truth. Selling your skills in the market means you are taking account of what others value in what you do, while UBI is the truly “atomising” policy.

There is one last aspect of this which I believe to be of even more importance; the “self-worth” that any of us feels every day as a result of what we do. If others have valued what you do (apart from your own satisfaction in a job well done), you feel good. This is deeply important for the way communities are bound together. Not only have you found a way of selling your skills that gives you an income but you have done so in a way that is evidently valued by others. The baker whose cakes are wildly popular is not only happy to be paid for his efforts, his can and does take pride in being valued by his customers. If the future consists of millions of people detached from the feeling that what they did that day was valued, I fear there will be a serious deterioration in self worth and self reliance; the stuff of many apocalyptic sci-fi movies.

Of course proponents of UBI will argue that it will meet only “basic” requirements (let’s see how the demands for it to be increased are resisted before we are confident about  that). But the drive to find the best use of your skills for the community at large will still have been significantly eroded. You will be paid to be useless, not useful. It is suggested by common sense as well as economic theory that if you subsidise something you will get more of it. Communities should be very careful before they embark on large scale subsidisation of uselessness.