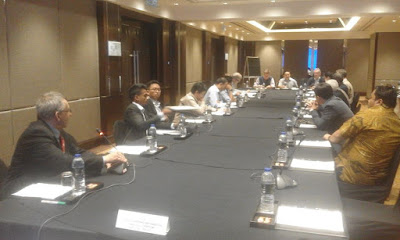 Small group. Main agenda was some reorganization of the network as there is now an annual Asia Liberty Forum (ALF) mainly sponsored by Atlas with support from the Center for Civil Society (CCS, India), FNF, Templeton Foundation (I think), and local partner think tank/s in an Asian city where the 3-days annual conference is held.

Productive discussions, became intense and extended in late afternoon. Will discuss later when final decisions have been made by key sponsors.
-------------

Posted by Bienvenido Oplas Jr at 1:23 AM