There are many reasons why the new law providing for free tuition for all students — rich and poor alike — in all state universities and colleges (SUCs) is wrong, but for this piece, we will limit them to only four arguments.

One, the government has no extra cash to cover extra spending on these already substantial expenditures. This means the deficit — which happens when revenues are lower than spending — that will require new borrowings will become bigger. The projected budget deficit rose from P353 billion in 2016 (during the Aquino government) and projected to rise to P482B this year to P524B in 2018, P576B in 2019 (see Table 1).

Note that the deficit is based on the cash budget, “the actual deposits and withdrawals of cash of national government agencies from the Bureau of Treasury (BTR) for payment of current and previous year’s obligations.”

If the obligation budget, “the proposed amount of commitments that the government may incur or enter into for the delivery of goods and services in a fiscal year” is considered, the deficit will be much bigger: P923B in 2017, P927B in 2018 and P968B in 2019. The law calling for free tuition in SUCs — enacted in August 2017 while the proposed 2018 budget was submitted to Congress in July 2017 — would fall in the obligation budget. 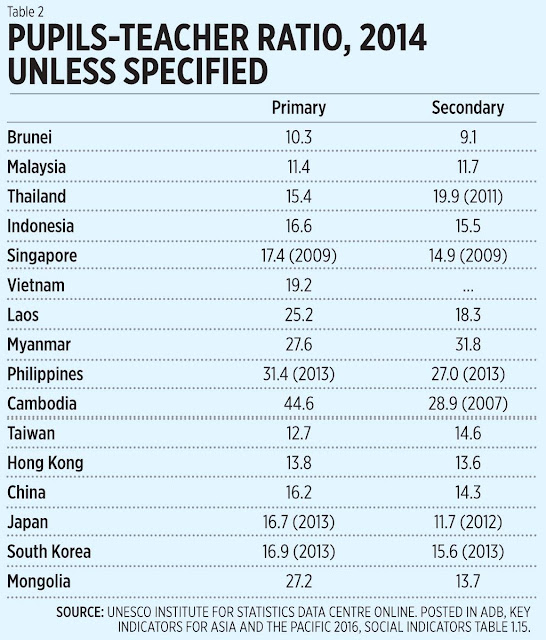 Three, students who are absolutely destitute do not reach university level. They drop out after elementary or after high school and start working, especially now with the K+12 years of pre-college schooling. So those who reach universities are lower middle class to rich students.

If one sees the cars and SUVs in the University of the Philippines and many other SUCs, one will wonder why these students are getting subsidies. Budget Sec. Ben Diokno even oppose this new law and said that this welfarist program alone will cost P100B/year — on top of existing deficit and high spending.

Four, people’s values will be corrupted because personal and parental responsibility will be assumed by the state. As a result, children’s education from elementary to university level will no longer be the responsibility of their parents but of the state.

Health care is already largely a state responsibility. Soon more parents will be drinking or partying or gambling more often because their children’s education will no longer be their responsibility.

Before you know it, proponents and supporters of this lousy free tuition law will demand that each student in SUCs should be given free laptops and free Internet access. Or that the monthly water and electricity bills of the poor be paid for by the state as well.

The number of free riders, irresponsible people, and tax-hungry bureaucrats and consultants, welfare-dependents and people pretending-to-be-poor will increase.

For any problem, their “solution” is more government, more “tax-the-rich” schemes. Then people will complain of massive wastage, inefficiency, and plunder in government. As government expands, stupidity and irrationality expands.

There are several remedial measures about this new law. One is that it can be questioned and rendered void at the Supreme Court for being anti-taxpayers, anti-fiscal responsibility.

Second, it can be replaced with a new law that will void or drastically revise it, like no free tuition for rich students in SUCs while extending limited subsidies to poor students in private universities.

Three, taxpayers should remember the main authors in the House and Senate and penalize them in the next round of elections.