The Philippines has acquired a growth momentum that started a few years ago in the past administration and we are now looked upon as among the fastest growing economies in the world. Sustaining fast GDP growth will require stable and cheaper energy because almost all economic activities now require energy and electricity. 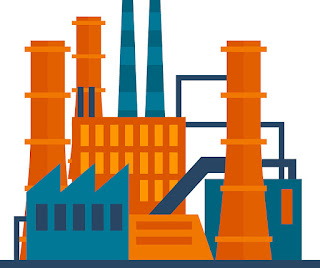 The Trilemma index is based on a range of data sets that capture both energy performance and their context, indicating energy sustainability of countries. The index is composed of three factors: energy security, energy equity, and environmental sustainability, defined as follows:

Energy equity — accessibility and affordability of energy supply across the population.

Environmental stability — achievement of supply and demand-side energy efficiencies and development of energy supply from renewable and other low-carbon sources.

There are 125 countries covered and ranked. Top five countries overall in the 2016 report are Denmark, Switzerland, Sweden, Netherlands, and Germany. Here are the rankings of selected Asian countries. Some Asian economies not included in the study are Indonesia, Taiwan, and Vietnam (see table).

Based on these numbers, here are the implications for the Philippines in energy policy:

1. Environmental sustainability: We are already world’s number one in this category. We have high reliance on renewables like hydro and geothermal plus newly added renewables like run of river hydro, biomass, solar and wind. There is no need to “further decarbonize” as suggested by the CCC, DENR and other greenies, suggesting that we close or discontinue having more coal power plants.

2. Energy equity: We are very low here, ranking 92nd because of our expensive electricity, 3rd highest in Asia next to Japan and Hong Kong. However, there has been a steady decrease in generation cost of electricity in the country. The Load Weighted Average Price (LWAP) at the Wholesale Electricity Spot Market (WESM) has decreased from an average P5.37/kWh in 2012 to P4.65 in 2014 and further down to P2.81 in 2016. This is the result of more big coal plants, more players, more competition. But there are other factors that can neutralize these as discussed further below.

3. Energy security: We are midway, ranking 61 out of 125 countries in this category. We need to add more big conventional plants to take over many aging plants, and to put in place an LNG facility in Batangas to import gas in case no substantial gas reserves are discovered when Malampaya gas runs out sometime around 2024.

There are at least four dangers in Philippine energy policies resulting in prices either rising or flatlining.

One is feed-in-tariff (FiT) or guaranteed high prices for 20 years for variables renewables especially wind-solar. FiT has been rising steadily and slam-dunking all electricity consumers from Aparri to Tawi-tawi: four centavos/kWh in 2015, 12.40 centavos in 2016, 18 centavos middle of this year, and going up to 26 centavos (Transco petition at the Energy Regulatory Commission [ERC]) later this year.

Three is system losses. High losses in provinces — areas which are run by monopoly electric cooperatives (ECs) — are ultimately passed on to the consumers. Current ERC and legislative proposals plan to allow these ECs to retain their high system losses while pressuring private distribution utilities (DUs), which on average have low system losses, to further bring this down.

Four is the impending renewable portfolio standards (RPS). This will require all ECs, DUs, and retail electricity suppliers (RES) to get a mandatory, minimum percentage of their electricity sales to come from expensive wind-solar and other variable renewables. If these renewables are cheap and getting cheaper as claimed by their developers and lobbyists, there is no need for RPS. But because they are expensive, RPS is made mandatory and coercively imposed.

Nature has given the Philippines energy advantage. Volcanoes have given us plenty of geothermal resources and potentials. Our big mountains have given us more waterfalls and big river systems.

Government policies favor expensive electricity via FiT, RPS, priority dispatch of renewables at WESM, accommodating more renewables in the grid. These policies must be reversed soon. Only then will we have higher scores in energy equity and energy security and finally, economic security.
-----------------