BusinessWorld published the Top 1,000 corporations 2015 last month, representing data for 2014. They are selling it, a thick report. I don't know if it's available online to their subscribers. Anyway, here are the top 400, I took photos per page. 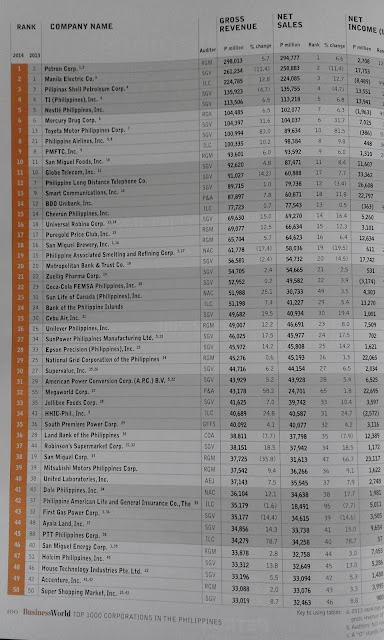 Meralco suffered an 11% decline in revenues in 2014 vs 2013? Why, many users, households and corporations have shifted to low-watts lights, appliances, electronics? Others in the top 50 that suffered a decline in  revenues in 2014 were TI, PLDT, PASAR, Metrobank, Landbank, SMC, Amlife, FGPC. 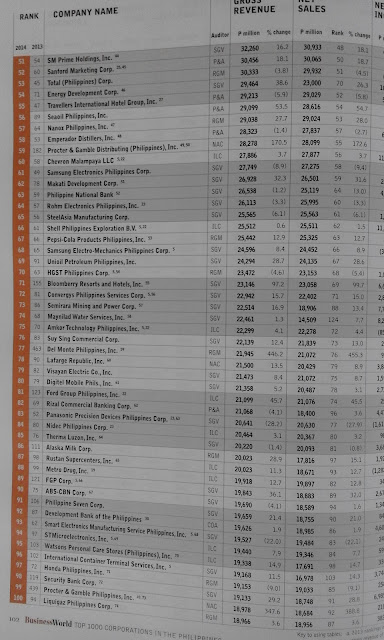 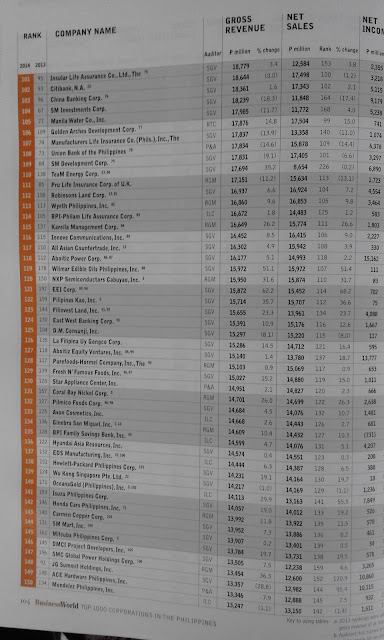 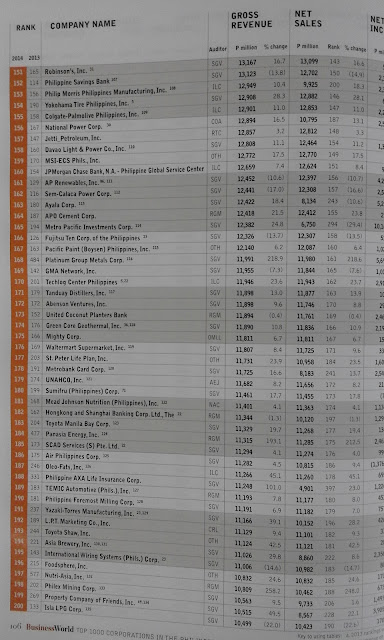 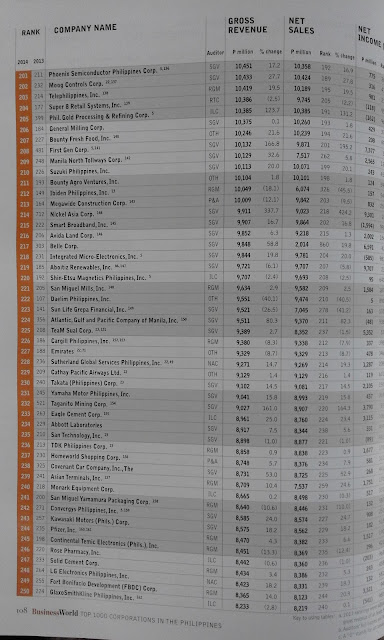 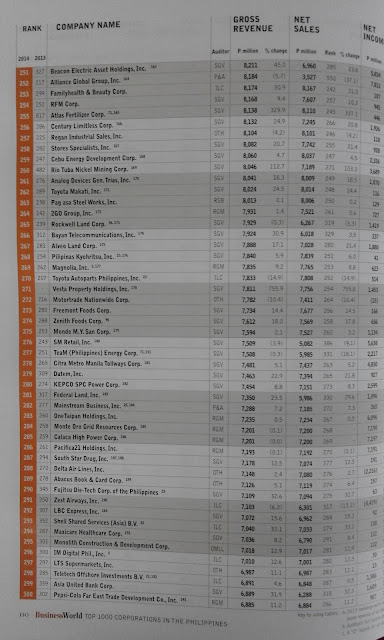 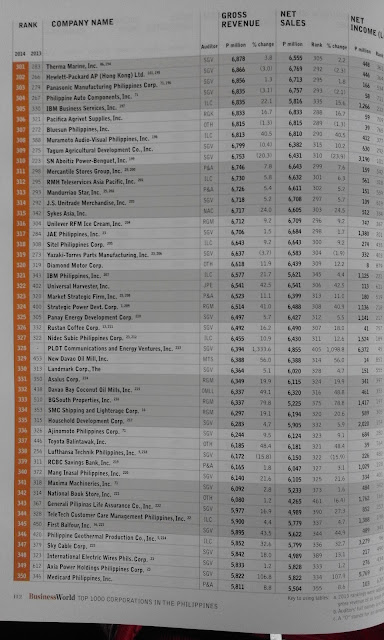 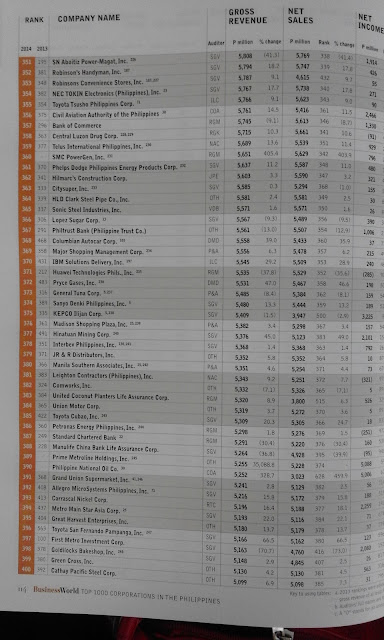 To the campaigners of "demonize and hate the 1%", it is not good to pull down the rich and efficient individuals and corporations in society just to close the gap with the very poor. Besides, many of these "big" corporations in the Philippines are just medium size compared to the really big corporations in East Asia, like those huge companies in Japan, China, S. Korea, Malaysia, Thailand, Indonesia, HK, Singapore.

'connected the declining in revenue with the "demonizing the 1%"'?
where did I make that connection? Please provide the exact quote.

I simply mentioned the top 50 companies which have decreased revenues, and the companies which have increased revenues. My mention of "demonize the 1%" is in reference to some comments and literatures elsewhere that government and society should demonize these big and rich corporations which manage to earn billions of pesos while many people are poor.

in that case, this article lacks overall cohesion

hehe, it's not even a real article. Just data and numbers, keep the discussion as short as possible.

Hi! May I know your reference for this? Thank you so much!