Yesterday, I participated in the two-days Energy Policy Development Program (EPDP) Conference 2016. I was one of the panel speakers in the simultaneous discussions and I talked on this subject. 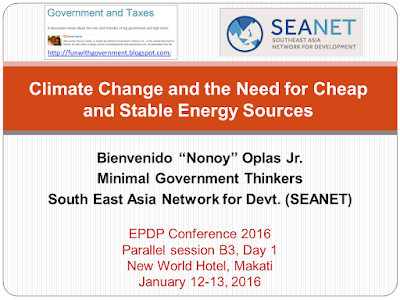 I will post only Section I in this article. 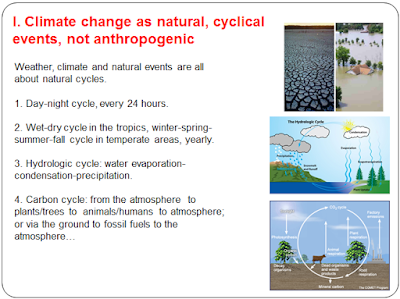 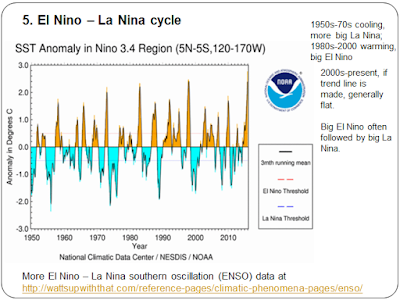 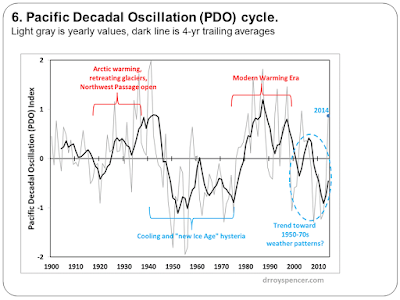 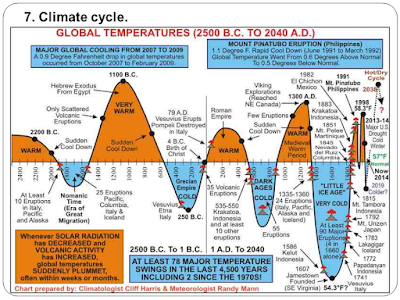 CWP was milder compared to MWP and RWP. 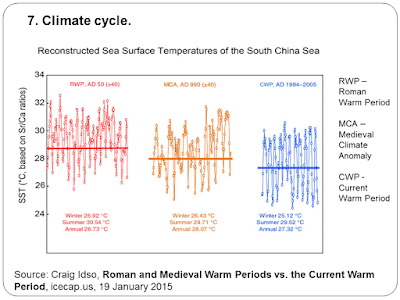 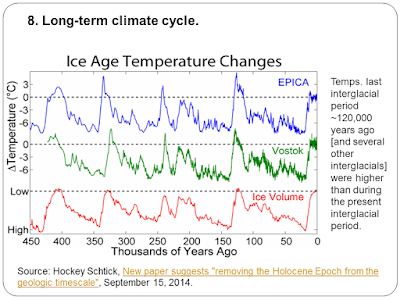 There are various types of solar cycles, from  the short-term, average 11-years cycle to multi-decades and hundreds of years cycle. The little ice age (LIA) about two centuries ago occurred during very weak total solar irradiance (TSI), during solar cycle (SC) 4 and 5. 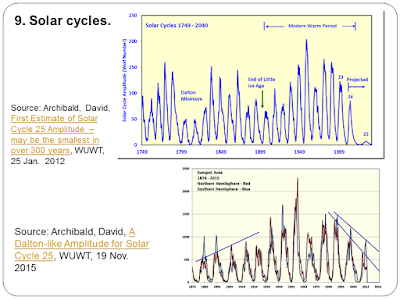 There is also the very long-term Milankovitch cycles. 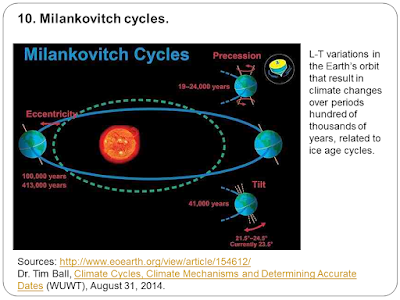 In one estimate made by systems engineer Dr. Ira Glickstein, he estimated that out of the 0.6 C warming that happened during the CWP that peaked more than a decade ago, "man-made" warming  contributed around 0.1 C while nature-made warming contributed some 0.5 C. 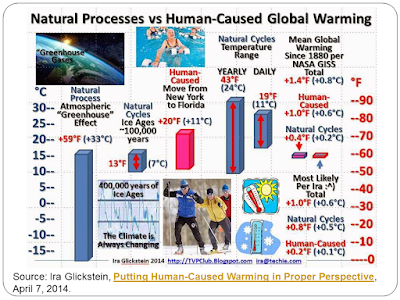 So if people say there is no climate cycle, there is no global cooling, only global warming, they are being dishonest, or duped by the anthropogenic or "man-made" global warming (AGW) alarmism. As I argued in the past, the purpose of climate alarmism is to have more government, more regulations and taxation, more energy favoritism, more costly travel and lifestyle, unless the source of power are the new renewables.
-------------