Business 360-33, Cheap energy now and in the future 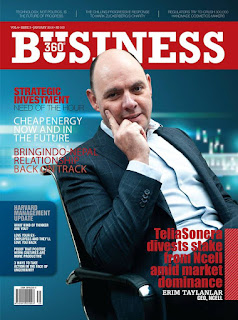 
Cheap energy now and in the future

Cheap oil has become even cheaper. High oil, coal, natural gas supply and inventories have become even higher. The prospect for more economic prosperity of many developing  countries has become bigger.

This is the current and near-future scenario in global energy prices and supply. There is more supply of oil, coal, natural gas and other energy products than the world can use and consume and store. So the natural and predictable result is low and even lower prices.

Below are the charts for the last five years of West Texas Intermediate (WTI) and Brent crude prices. These are low prices which have not been seen since six or more years ago. 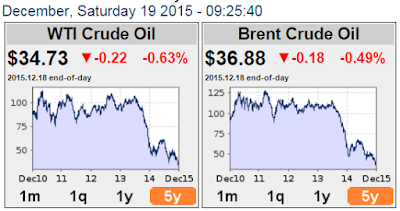 While the members of the Organization of Petroleum Exporting Countries (OPEC) are unhappy with these low oil prices, most industries and sectors that rely on oil products are relieved. People who save on their land travels because of high oil prices can now drive and visit more places. Airlines, shipping lines and bus lines should be capable of cutting their fares as their fuel costs have significantly decline There should be more tourism, more use of farm tractors and machines and less of farm animals, more use of gas for cooking and less use of firewood and charcoal, saving more forests.

World coal prices too are stabilizing at low levels. The recent UN Conference of Parties (COP) climate meeting in Paris has produced a general but non-binding agreement. No penalties for countries that do not obey their promised emission cuts, or countries that do not give their share of the targeted $100 billion a year starting 2020. 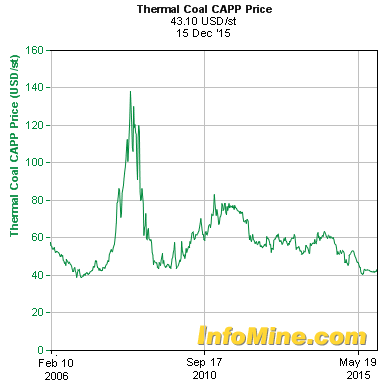 Coal use by more developing countries like India, China, Indonesia, Philippines, Brazil, etc. will be rising; And rich countries too like Japan and the US.

Peak oil, along with peak food and Malthusian hypothesis of more hunger and massive deaths, has been discredited since many years ago.  The short- and medium-term scenario is that world oil prices will hover between $40-$50, still low compared to 2012-2013 levels of nearly $100. And lower than the past decade's prices.

We are in a period of cheaper energy, cheaper food, longer lifespan, healthier people. The problem of many countries now is there are more fat/obese people than thin and undernourished people. When people die at 50 or 60 yrs old, some would say, "he/she died young". In 1900, when a person dies at 40 yrs old, that's "long" already because life expectancy was only around 33 years.

So a few decades from now, if a person dies at 70-80 years old, other people will say, "he/she died young." Why, because the average life expectancy then will be around 90-100 yrs old. 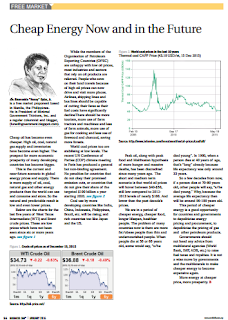 This period of cheaper energy is a good opportunity for countries and governments to depoliticize energy pricing and procurement, to depoliticize the pricing of gas and  other petroleum products.

Governments should not heed any advice from multilateral agencies (World Bank, IMF, ADB, etc.) to raise fuel taxes and royalties. It is not a wise move by governments and the multilaterals to make cheaper energy to become expensive again.