These are sections 5 and 6 of my presentation, Climate change and the need for cheaper and stable energy sources during the EPDP Conference 2016 last week, January 12-13 at the New World Hotel in Makati. 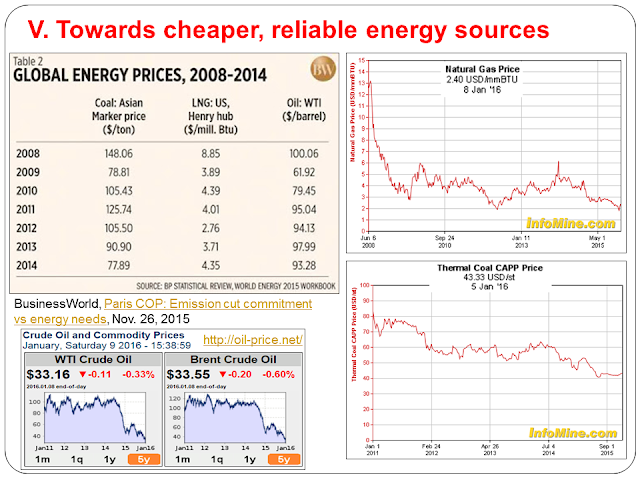 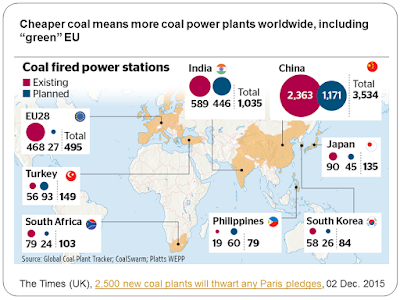 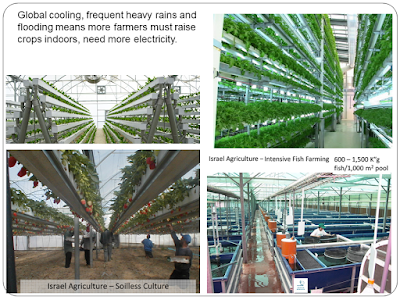 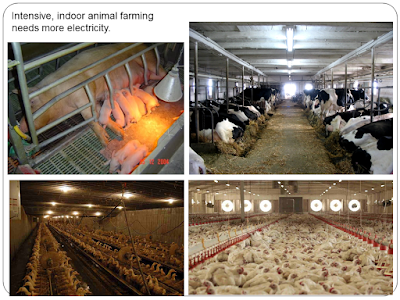 1. Climate change (CC) is natural (nature-made, not “man-made”), it is cyclical (warming-cooling-warming-cooling), and has precedents (not “unprecedented”). CC happened in the past, happening now, will happen in the future. CC is as natural as day-night or wet-dry seasonal cycle.

2. Extreme weather, severe flooding and drought have precedents. It is dishonest to say they are only “recent due to more use of fossil fuels.”

3. New renewables “to save the planet”, cases in Germany and UK, cause new problems like expensive electricity, some investments running away.

4. Renewables are fine, provided there should be NO subsidies. People put up solar panels in their houses  or buildings, fine, they use their own money. It is  different  when people put up huge wind farms or  solar farms then charge expensive electricity to consumers.

5. There is zero climate basis  for renewables  cronyism, energy rationing and favoritism.

3. RE Act of 2008 (RA 9513) should be drastically revised. Feed in tariff (FIT) and renewable portfolio standards (RPS) should be removed and discontinued.

4. Preparing for global cooling, government  should  build more dams, impound more flood water; or allow private sector ownership of dams via PPP. More people die because of too much water and flooding.

5. Do large-scale and continuing dredging of lakes, rivers and creeks. Spend public money here than in useless climate junkets and meetings.
-------------- 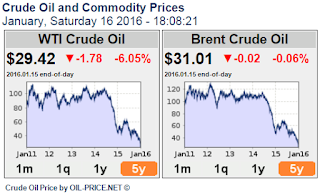 "Most U.S. industries are consumers of oil and other fossil fuels, not producers. The U.S. is less of a net energy importer than it used to be, but it still consumes more fossil fuel than it produces. The fall in oil prices means that trucking companies are going to be able to buy less expensive gas for their fleets. Construction companies will be able to build office towers and houses more cheaply. Farmers will spend less to plant and harvest their crops. Intel won’t have to pay as much to run its microchip plants, nor Boeing to run its aircraft factories."
Jan. 14, 2016, http://www.bloombergview.com/.../oil-s-plunge-is...
--------------