BWorld 38, Climate change and the need for cheap energy

There was global warming in the past when there was not even a single car or coal power plant. This chart shows that modern warm period that peaked in the last century was not exceptional or scary. 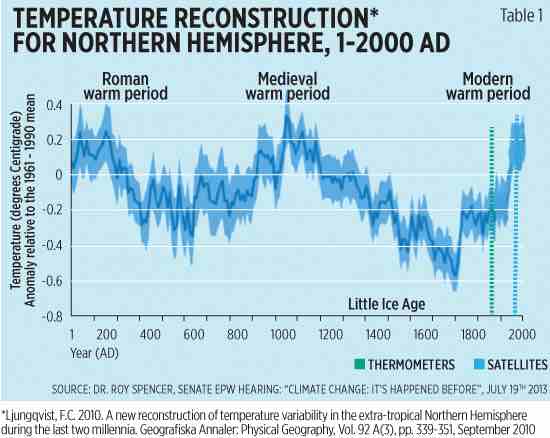 Energy policies in many countries have been heavily distorted by governments to fight “man-made” or anthropogenic global warming and climate change.

But how can governments, the United Nations and various environmental groups fight something that naturally occurs, like day and night, like wet-dry or winter-spring-summer-fall seasons, like El Niño-La Niña cycles?

This will be my main argument when I present my paper at the Energy Policy Development Program (EPDP) Conference 2016, with the theme “Toward Inclusive and Sustainable Energy Development” that would be held at New World Hotel in Makati City, Jan. 12-13, 2016.

The recent extreme or severe flooding and drought that people say as proof of “man-made” warming and climate change is not true. As shown in the above figure, the Little Ice Age from 1200s to 1700s showed severe cooling and flooding, brutal winter for decades and centuries.

In the Philippines, many instances of severe flooding killed thousands of Filipinos many decades ago, which is similar to these reports at the turn of the last 2 centuries. 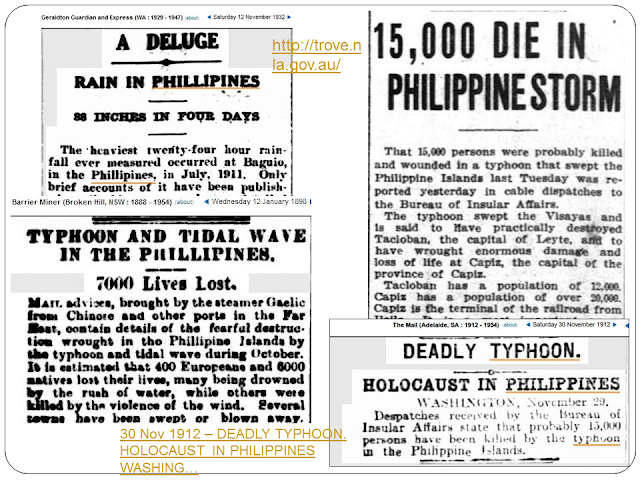 People need cheaper, more stable electricity supply to deal with more frequent flooding and severe monsoon rains. More farmers will have to resort to greenhouse farming, hydroponics farming, elevated fish tanks, to minimize crop losses and stabilize food production and prices. Greenhouse farming can be energy intensive because of the controlled temperature inside the covered structure. The industrial and services sectors of the economy need to expand faster with cheaper and stable electricity, give more jobs to more people, so they can build stronger, concrete houses in good location so they can be spared from more frequent heavy rains and flooding.

Unfortunately, the Philippines still suffers from some form of “energy poverty” compared to many of its neighbors in the region. Even new comer and socialist Vietnam has electricity consumption per capita 2x that of Philippines. 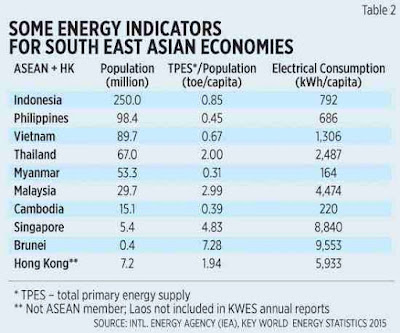 Moreover, the Philippines has the second highest electricity prices in Asia, next to Japan. So succeeding policy measures should be geared towards reducing the price and expanding power supply, and inventing new schemes that will further raise the price should be the least priority of the government.

To fight energy poverty and high electricity prices in the Philippines, the following are proposed, among many others.

One, take advantage of low prices of fossil fuels like oil, natural gas and coal, to expand power generation.

As noted in a previous paper in this column, “Paris COP: Emission cut commitment vs energy needs” last Nov. 26, 2015, these countries have more than 90% dependence on fossil fuels (coal, natural gas, oil) as of 2012: Hong Kong, Malaysia, Singapore and Thailand. Indonesia has 89% dependence.

Vietnam has only 50%+ dependence because 44% of its electricity is from hydro. South Korea and Taiwan have high to modest use of nuclear power.

Two, reduce government bureaucracies, both national and local, in the energy sector. A base-load power plant would require nearly 200 permits and signatures to be constructed. This has become a disease in government, that no one should move or start anything unless they get the bureaucrats’ signatures.

FIT’s introductory price that was passed on to the consumers in the Philippines from February to December 2015 was only P0.04/kWh. That was not sufficient because there have been many wind and solar plants that came on stream, based on calculations by some players. So consumers must be prepared to pay something like P0.13 to P0.20/kWh sometime this year.

We cannot have strong and sustainable growth and job creation if there is not enough electricity for the people and their businesses, and if electricity prices remain high and continue to rise further. n

Bienvenido Oplas, Jr. is the head of Minimal Government Thinkers, and a Fellow of the South East Asia Network for Development (SEANET).
--------------

Posted by Bienvenido Oplas Jr at 12:17 AM