This is section IV of my presentation, Climate change and the need for cheaper and stable energy sources during the EPDP Conference 2016 this week, January 12-13 at the New World Hotel in Makati. 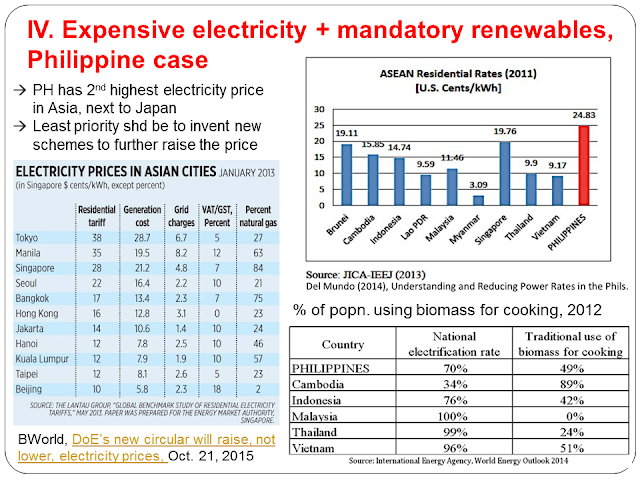 The paper by Dr. Wali del Mundo of electricity prices in ASEAN countries was repeatedly used by various presenters, data for 2011. Data by The Lantau Group (TLG) that covers other Asian cities outside of the ASEAN was for January 2013, more recent. Both studies tell one thing -- PH electricity prices are 2nd highest in Asia, next to Tokyo. Subsidies by other governments (made their electricity prices lower) while taxes by the PH government (made electricity prices go higher) are among the explanations why this is so.

Indicators of energy poverty are (a) high use of biomass (firewood, charcoal, etc.) for cooking, and (b) low kWh/capita average consumption. In 2013, PH's was higher only than Cambodia and Myanmar. 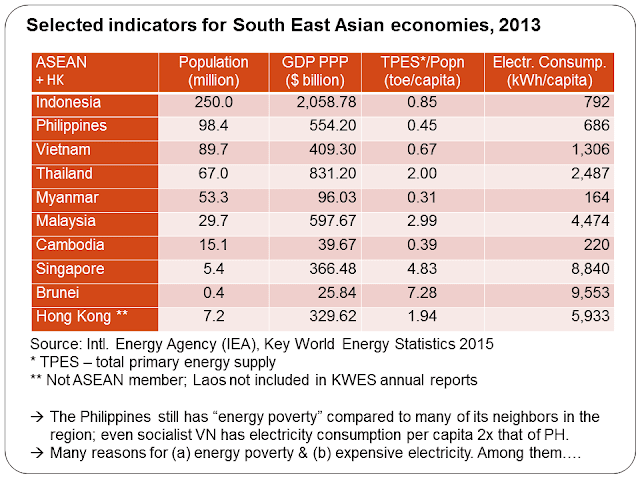 Many people hate fossil fuels, then they are enamored by the bright nights of HK, Singapore, Kuala Lumpur, Bangkok, Seoul, other big Asian cities. Which happen to be highly dependent on fossil fuels  + nuclear power for their electricity production. 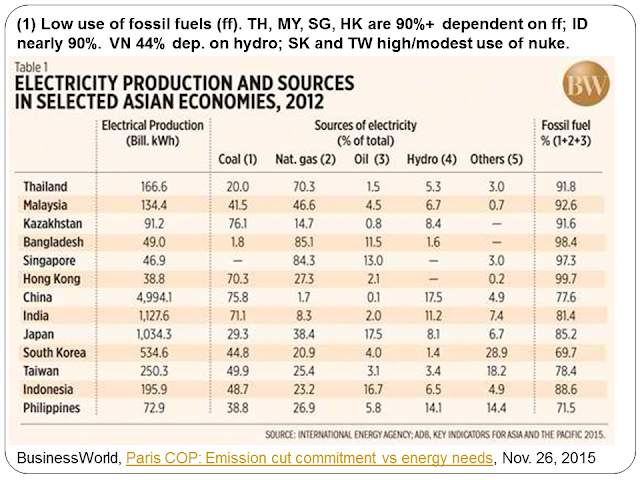 And many people do not realize that big government, big taxes and big bureaucracies are the problem, not the solution, for many things that pester them, like darkness and high electricity bills. 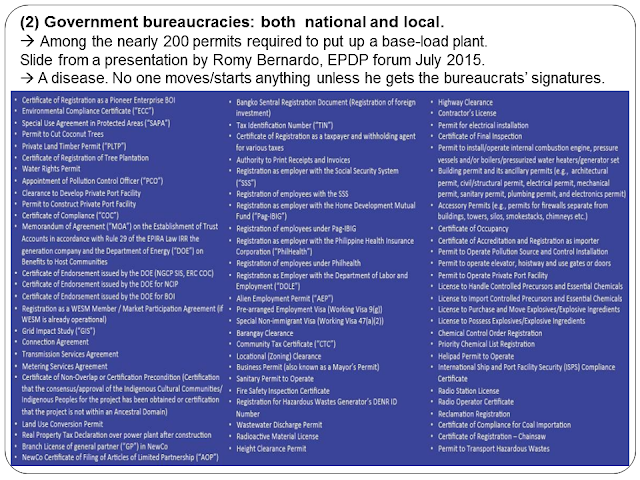 And because they love big government, they support even bigger government intervention in electricity pricing and energy dispatch. 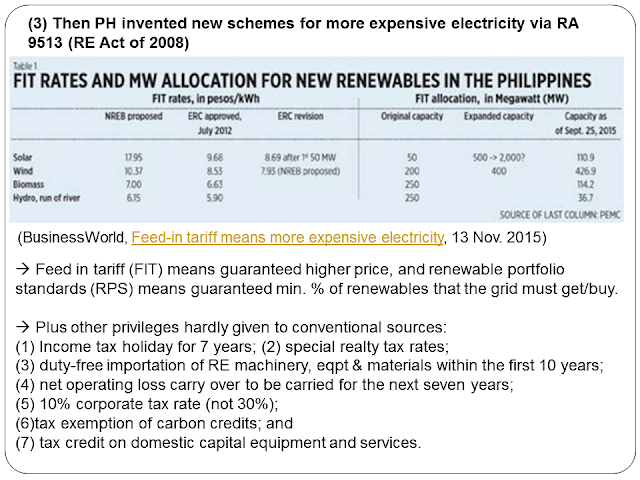 I showed this as a case of clever political machination. The left hand working as "non-profit" (WWF) and lobby that FIT and RPS be implemented quick, and the right hand working as for profit wind companies (Alternergy and Merritt). Clever or vulgar? 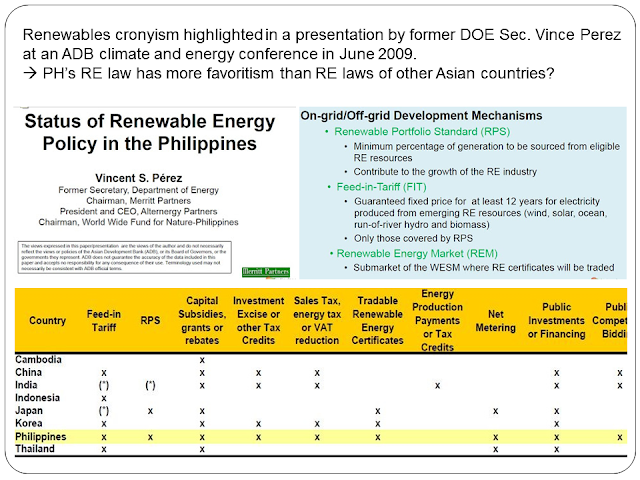 Darkness is wrong. When many streets are dark at night because local government units (LGUs) are economizing on their city/municipal/provincial electricity bills, there are (a) more road accidents and (b) more crimes as criminals love darkness, give them anonymity. Pity the public, especially the poor who have no cars to ride in dark streets.

To glamorize and subsidize huge solar farms that give zero electricity at night is wrong. 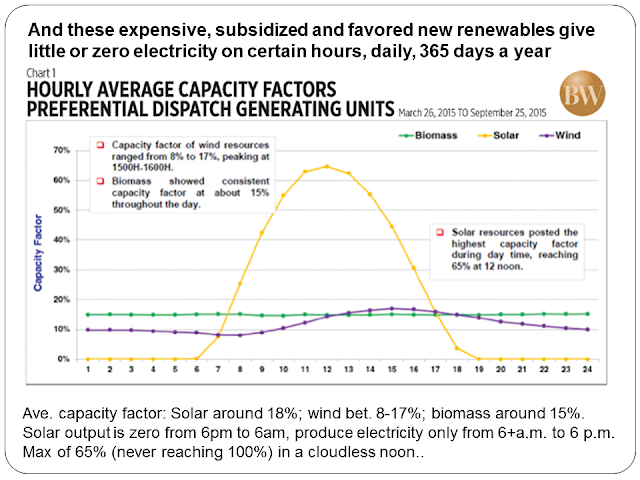 Government-sponsored renewables cronyism is wrong, it should be stopped and the public should be spared of mandatory, obligatory expensive and intermittent energy. If people really want wind and solar power, they can do it and use their own money and savings, should be fine. The rest should not be forced to pay the subsidies to make this expensive electricity become "cheap and affordable."
------------