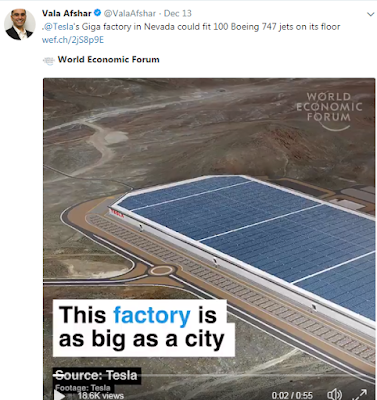 The other day, I commented on this tweet by Vala Afshar re Tesla gigafactory in Nevada producing battery cells and e-cars.

This portion particularly caught my attention because it cannot be true, it is fake news. If the wind does not blow, or the Sun does not shine (at night or in rainy/cloudy days), there will be massive blackout in that gigafactory. 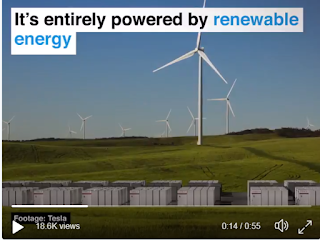 The source of that video is the WEF in this article dated 23 August 2017. 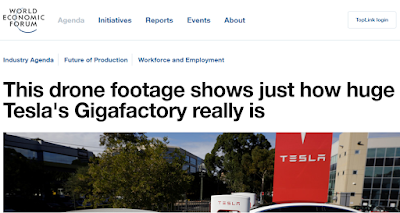