On the Peso depreciation 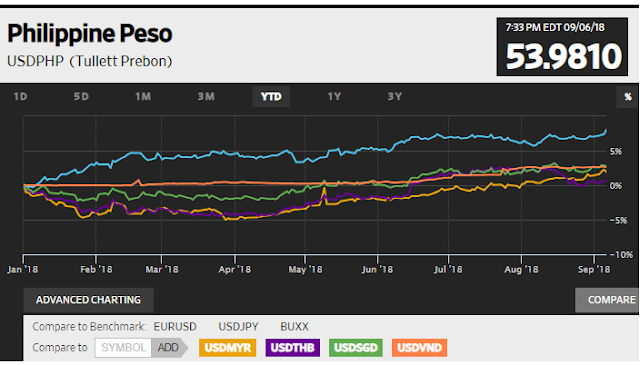 
Rupee, Rupiah and CNY are in the same boat as PHPeso, data as of end August 2018. 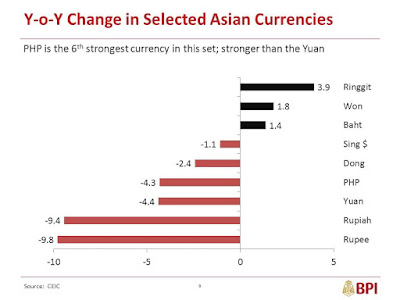 Mid-2016 or days before Duterte was officially inaugurated as President, the PH Peso was generally on the same level as its neighbors' currencies. After 2+ years... 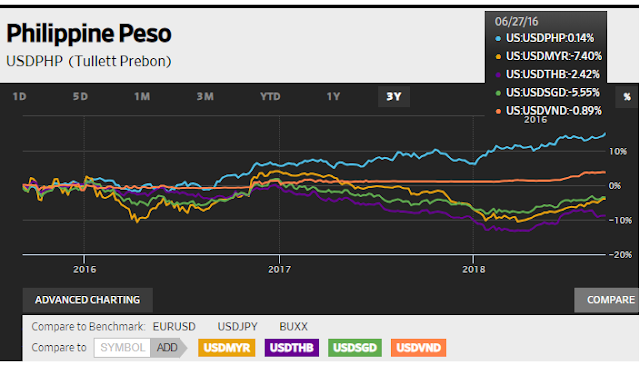 Posted by Bienvenido Oplas Jr at 9:10 AM