I don't like academics fanning climate alarmism. My friend since 3+ decades ago at the UPSE, Dr. Oggie Arcenas, wrote a paper where his opening sentence is terribly wrong,

"Among the weather anomalies and climate shocks that are known in the modern world today, perhaps the most known are the “wonder twins” El Niño and La Niña..."

Again, Oggie is my friend, very jolly and friendly guy until now, but I don't like some stuff that he writes like the above statement. El Nino-La Nina are NOT weather anomalies, NOT climate shocks. They are 100% perfectly normal, natural and cyclical since millions of years ago. Part of natural climate change of warming-cooling-warming-cooling...

In the chart below, light green are La Nina period, orange are El Nino period. 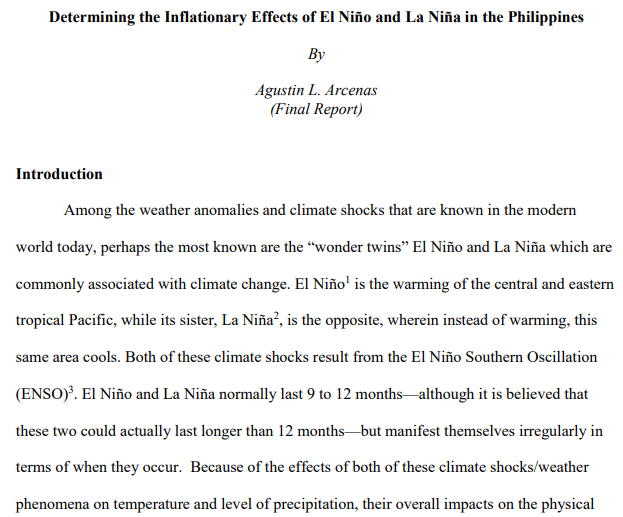 On page 3, Oggie wrote,
"Recently, the intensity of these two weather deviations has also been observed to be growing, with the current El Niño phenomenon described to be the third strongest in modern history." 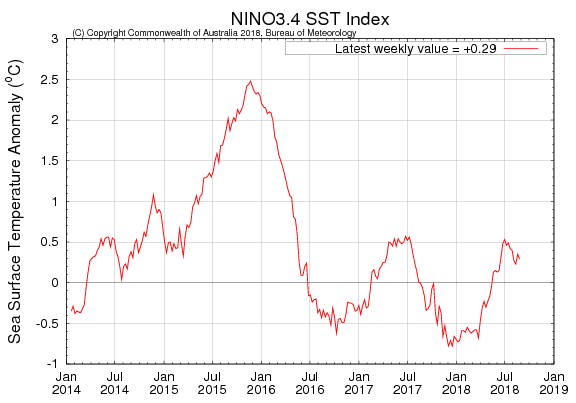 There are good sites to check ENSO data, like https://wattsupwiththat.com/enso/.

On page 4, Oggie wrote,
“severity of weather anomalies, such as the “children” El Niño and La Niña, which are deviations from average temperature and average amount of precipitation… increasing regularity and intensity of El Niño and La Niña...”

Far out. Recent El Nino-La Nina are NOT severe, NOT increasing intensity. From 1950 to present, while the 2016-2017El Nino was 3rd biggest, the 2011-2012 La Nina was also the 3rd or 4th biggest. There are periods of weak or strong El Nino-La Nina like the periods mentioned, there are single-dip and double-dip La Nina, there are also single up or double up El Nino. That’s how nature works, sometimes weak sometimes strong events but overall, they are 100% natural, 100% cyclical.

When one embraces climate alarmism peddled by the UN-Al Gore-WWF-Greenpeace-national governments, etc. (because they are the 'planet saviours' via more environmental regulations and energy taxation) one can lose objectivity.
----------------