Last week, the October inflation and 3rd quarter GDP growth data were released by the Philippine Statistics Authority (PSA) and the numbers confirm the fear of many observers of deteriorating macroeconomic fundamentals of the Duterte administration.

The good news is that this may be the peak inflation for the year. Any upward pressure in prices because of the provisional fare hikes and wage hikes implemented this November will be compensated by low world oil prices. WTI oil peaked at $76.4 a barrel last Oct. 03, down to $60.6 a barrel on Nov. 11. 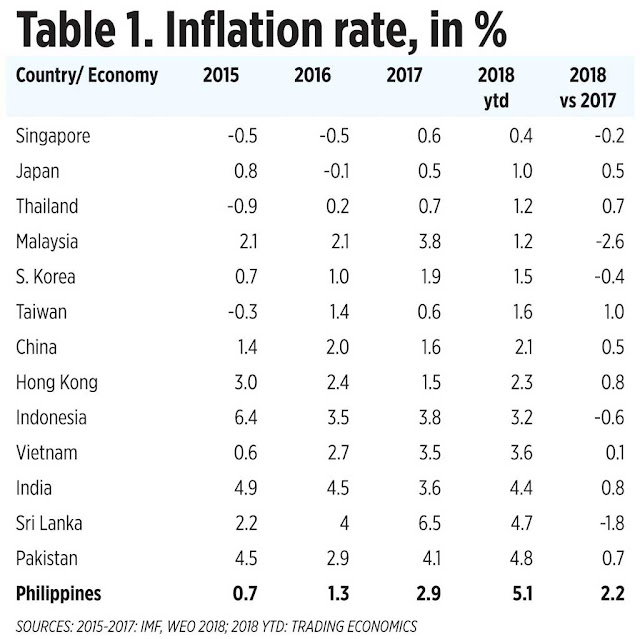 The bad news is that compared to many neighbors in Asia, the Philippines has the biggest jump in inflation this year compared to last year. Some countries even experienced decline in inflation despite the high world oil prices (see Table 1).

The high inflation rate coupled with rising interest rates as the BSP tries to temper price uptick via monetary policy has resulted in low consumer confidence. 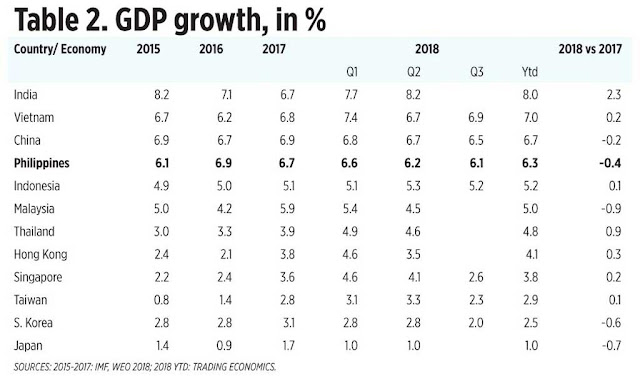 One, suspend part two of TRAIN excise tax hikes for oil and coal, full year 2019 and not reinstate them after the May 2019 elections.