In terms of climate and energy policies, this leader is bright. Obama, HRC, the Dems and other climate alarmists are bonkers :-) 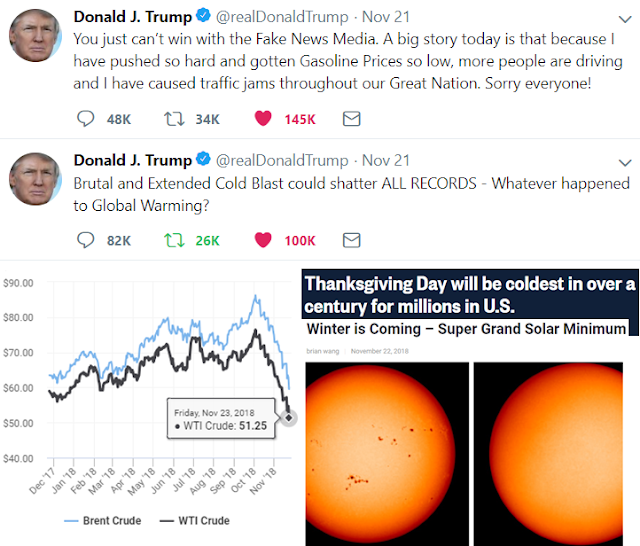 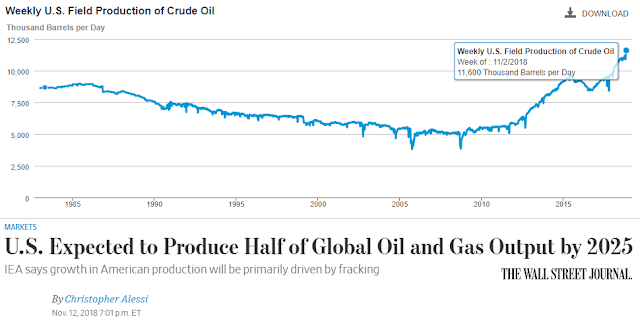 Many anti-Trumpistas will be unhappy that the man is further opening up US energy potentials, especially in oil, gas and coal? They are unhappy that oil and energy prices are going down? They want the Dems to lock up oil and gas reserves and go back to $100 a barrel or higher?

I applaud my friends who work in the fossil fuels sector, they help make our lives more convenient, more modern, we have electricity 24/7 with no blackouts, streets and roads are lighted at night, less accidents, less crimes, our lives are safer.

Thank you Trump. You are correct, the Dems, the UN, Al Gore, NYT, CNN, WaPo, etc are wrong in their climate alarmism and renewables cronyism lobby. Climate change (warming-cooling-warming-cooling...) has been with us for the past 4.6 B years, with us for the next 4 B years or so. Fossil fuel energy will allow us to adapt better under global warming or global cooling period.

Meanwhile, last November 08, a Filipino friend in the US who is a consistent anti-Trumpista, anti-fossil fuel activist who seems to frequently fly from California to the PH, elsewhere, posted this and tagged me despite knowing my criticism of renewables cronyism. It's like challenging me to another debate despite our many debates before.

I commented that he has undeniable daydreaming. In 2017, 50% of PH total electricity production came from coal power. From his beloved but expensive, subsidy and cronyism-dependent solar + wind? Only 2%. So if he wants massive blackouts, be an Ambassador of N.Korea darkness in the PH, elsewhere, he can go ahead. I also adviced him that if he keeps spreading energy stoopidity, he better keep it in his own wall, no need to tag me.

The guy wants massive darkness. When there is frequent blackouts, the poor will use more candles, then have more fires and deaths. The rich will use more gensets, then more air and noise pollution, what a stoopid proposal. Again, I adviced him to keep his energy stoopidity in his own wall, no need to spread it in other people's wall, like mine.

Joe Real: Nonoy Oplas, I have more world credentials than you in Math and Physics, and have many best scientific papers, and yet you call my energy analysis stoopid? Only because Facebook and I allow you my friend and I care for you and our fellow friends. I have more well cited scientific publications than my colleagues. I am giving you the best advice as a friend. I will respect your opinion if you resist. The economics aren’t in the coal’s favor now. I have excellent proposal for coal, however, they can be turned into humic and fulvic acids that can increase the soil’s physical properties for ecosystems restoration and agricultural productivity. After all, I’m just an AgroEcologist by passion and credentials too! I am spreading the solution and you won’t be able to stop it. Resistance to goodness is futile.

What an insecure and arrogant position. I was attacking his proposal, not him personally, he cannot distinguish the two. What's the point of announcing one's credentials in a policy debate?

You missed the biggest takeaway from that exchange

"The economics aren’t in the coal’s favor now."

"Coal...doesn't employ a lot of people per energy unit produced."

He admitted coal is more efficient than other types of energy. Being labor intensive is a bad thing that raises costs.