There was a good article in BBC last weekend, 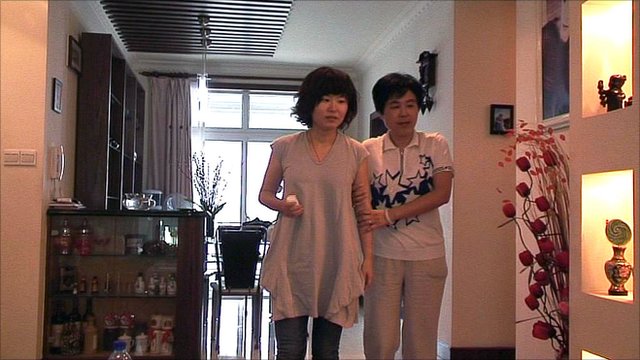 Over half of all healthcare in China is paid for by the consumers themselves
Healthcare - and how you pay for it - is one of life's big worries. In China few people have private health insurance but the market is growing.
Polly Deng is 30 and lives with her husband and her mother, Lu Xiao Dang, in Shanghai. Polly's mother has just returned home after a stay in hospital.
"She was in hospital for 12 days having an operation on her foot. It was a minor operation, so we hope she's going to be fully recovered within three months," she says.
Continue reading the main story
The cost of Lu Xiao Dang' procedure was 5,000RMB ($773). The Chinese government's health insurance scheme paid for 60% of the cost of the operation.
She paid cash for the other 40% and will claim this against her additional private health insurance - although she does not know if she will be compensated for the full amount.
Polly picked up the health insurance habit from her mother. She belongs to the government's scheme, her company's scheme, and she has her own private cover.
Private health insurance is relatively new to China, but it's growing fast.
"Between the years 2000 and 2009 the average annual growth rate of the private health insurance market in China was around 27%. But what you have to remember is this is growth from a small base," says Brian Mi, General Manager in China for IMS Health, a medical market research company.
"It is only a tiny proportion of the population who have any kind of private cover, around 3.5% of the market spend on healthcare is paid for by private health insurance. Over 50% of all healthcare in China is paid for by the consumers themselves."
Private policy potential

Although the number of people with private healthcare policies may be small now, insurance companies see China as a country with huge potential. But there are obstacles to the development of private health products. 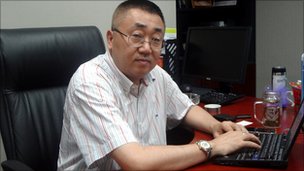 The Chinese government is working on a whole raft of state health reforms. Its Healthy China programme was announced in 2008 with the aim of providing state health insurance for all of its 1.4 billion population by 2020.
Before China's economic reforms began in 1978, there used to be a system of near-universal government insurance cover.
With the move to a market economy, people paid much more for healthcare, one of the reasons why China became a great nation of savers. It is estimated people squirrel away more than 40% of their disposable earnings, some of which will be savings in case of a health emergency.
Although 90% of the population now have state health insurance, it only offers partial cover. Generally outpatient costs are not covered and only 60% of inpatient hospital bills are compensated.
To pay the excess, people use their savings or borrow from family. But there are also cases where families are plunged into poverty and desperation because they cannot afford health bills.
People may buy separate private health insurance to cover the excess cost of healthcare not covered by the state.
Critical illness

Polly Deng has bought a critical illness policy from private insurers, which covers killer diseases like cancer.
"Depending on the policy, critical illness cover costs around $500 a year. It's probably 20% of what people pay in Western countries, but healthcare is less costly in China," says Phuong Chung, Senior Vice-President at Manulife-Sinochem, an insurance company with nearly 15 years experience in the Chinese market.
"In the event of illness, it will pay out around twice your annual salary."
He says this kind of policy - together with life insurance - has become popular with middle class people.
"This reflects the fact that in China people are very good at saving for emergencies. Middle class people often have savings in their homes, bank deposits and equity investments. So the portion of their income they commit to insurance doesn't have to be so high."
With her level of health insurance cover, Polly Deng thinks she has made a good investment.
"When I was at the hospital visiting my mother, there were women there who had paid between 30,000 and 50,000RMB ($4,640 - 7,734) to get treatment for broken legs. It can be very expensive!"
"My friends don't really have a clue about insurance, and I don't want to push them into it. But one day they will understand that it's a good idea."
The opinions expressed are those of the contributors and not held by the BBC. The material is for general information only and does not constitute investment, tax, legal or any other form of advice. You should not rely on this information to make any investment decisions. Always obtain independent, professional advice for your own particular situation.
----------
A good friend of mine from London, author of several great articles on health policy, and editor of the book, Fighting the Diseases of Poverty, Philip Stevens, noted that "From where I'm sitting in the UK (where we've had 'universal' healthcare since 1946) I can't say I blame the Chinese middle class who buy private health insurance. As our populations age, such promises are going to become increasingly unaffordable as government systems struggle to cope with these generous committments."

1. No off-patient service and reimbursement; one must be confined for at least 24 hours in a hospital before one can claim for reimbursement. So if one has a headache or fever and wants to see a physician, possibly undergo some diagnostic tests, get the doctor's advice and prescription then go home, PhilHealth is useless.

2. No annual medical check up. Annual check up is a useful, preventive healthcare. People undergo several tests while they are not sick, to determine the likely disease/s that will hit them in the futur, and so they can prepare or avoid lifestyles that can exaggerate the problem. And PhilHealth does not provide for this service.

3. The procedure for claims and reimbursement is time-consuming and bureaucratic. See for instance my earlier note, PhilHealth Watch 3: Bureaucracy and long lines

4. Being a government-operated system, it is prone to pressure by politicians. Like giving away free PhilHealth cards to certain political supporters of local and national politicians during election period.

In my case, I have been a member of the government-run health insurance system (first Medicare, it lost huge money, replaced by PhilHealth in 1995), been contributing to it since I started working around 1985, and NEVER ever benefited from it, because I was never hospitalized since around 1982. Thus, my (several) private health insurance cards which my past and current employers give me, is more useful.

The growing private health insurance system in China is understandable, and a lesson to ponder for us who live in non-socialist economies. Even a socialist government of China cannot provide full health socialism to its people. I think the same condition can be found in socialist Vietnam too.
--------

Yes, there are still lots things to be improved in chinese healthcare system! And insurance for every citizen is one of teh priorities now.