Migration and Freedom 10: Multiculturalism and the Norway massacre

Norway is a famous country for various reasons, like its very rich economy and expensive welfare system that does not seem to bleed its fiscal resources compared to other welfare states in Europe and North America. Norway is also the home of the Nobel Foundation which every year gives the famous Nobel awards in various disciplines, including the Nobel Peace award. 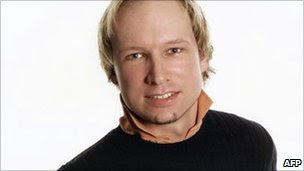 That is why the bombing in Oslo and the massacre of so many young Norwegians by their fellow national, Anders Behring Breivik, was a very shocking news. Plain barbaric and condemnable. Whatever political and economic ideology, religious belief and cultural advocacy that a person or group of persons hold, there is no justification, nothing, zero, to use violence.

From the various reports that I have read, Breivik was described as a “right wing extremist/fundamentalist”, or a “far right Christian” or “ultra-right anti-Muslim”. He is said to hate the growing presence of many migrants, Muslims especially, to Norway and other rich economies of Europe, and that he and his fellow extremists who do not like multiculturalism, were planning some attacks against the government which allows, if not encourage, multiculturalism and the high presence of foreign refugees, asylum seekers and migrants who may be after the expensive welfare system. 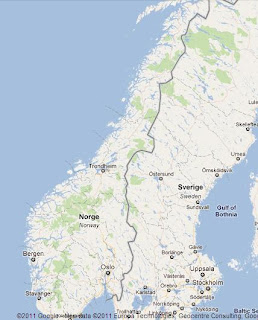 Thus, the target of attack was a government building in Oslo, then the young leaders where many are children of members and officials of the government Labor Party in Norway. An attack on a government structure and then the future leaders of Norway who will most likely continue the policies of the ruling administration that is deemed too friendly to the migrants.

The welfare system, especially those in Norway, Sweden, Finland and Denmark, is very expensive to maintain as it practically provides free or highly-subsidized services “from cradle to grave.”

And it is this expensiveness and too welcoming to migrants of the welfare system which attract both the welfare-seeking immigrants and the envy of the locals. A section of the locals are jealous or envious that the system that is supposed to benefit them only is being extended to, and being enjoyed by, many immigrants.

I am not a fan of a BIG state that provides big and expensive welfare to the people, mainly because it substitutes personal and household responsibility with big government responsibility big time, there is big coercion involved, especially in taxation and plentiful regulations. But I also do not support any form of violence, especially massacre and bombing, to criticize and attack that system. There are always peaceful and transparent way to convey their message and opposition to certain policies on migrants and their entitlement or non-entitlement to certain subsidies that are enjoyed by the locals.

Thus, the state should not use violence and coercion, explicit or implicit, too often to implement whatever new regulations and restrictions that it has invented.
-------