The use of special car plates sold and issued by certain government agencies, especially the police, implies "power trip" on the part of the owner or driver of those cars. It bestows certain exemptions from a number of government traffic rules that otherwise will require some high and expensive penalties. On the part of the issuing agencies like the PNP, those car plates give them additional revenues, give their family members and friends certain power on the roads. 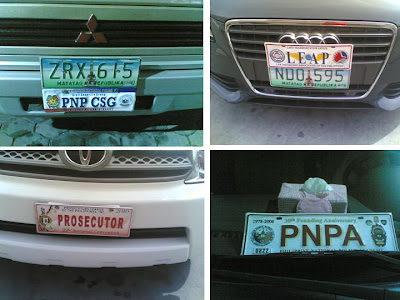 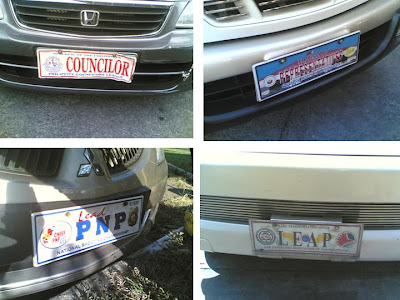 Some plates have "Mayor", "Governor", "Board Member", "Immigration" on them. 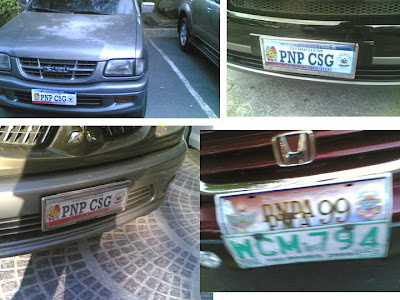 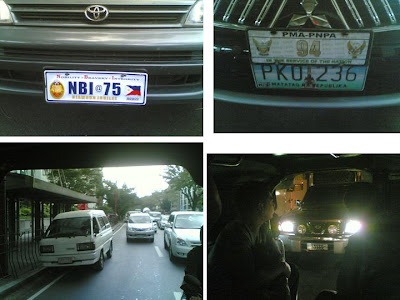 Some pictures I took this year. NBI (National Bureau of Investigation), an SUV with car plate "SSSSS".

Meanwhile, see this white van, a government vehicle (red plate) parked along Buendia, a very busy road in Makati City. Of course the police and city traffic enforcers do not apprehend the driver of those vehicles. Their laws against "No Parking" on certain roads apply only to private motorists who have no connection to high police and government officials. The "rule of law" in traffic rules and regulations is a joke for them.
-----

Such an intelligent read, i enjoyed reading your post! Traffic Driver

If you are still uncertain about this process then its probably a better idea to go down to your local mechanic or car body shop and offer one of the lads 20 pounds to fit the Number platesfor you. It should only take him half an hour and you will probably find that he will supply any new plastic caps or screws that may be required..