(Note: this is my article today in thelobbyist)

Sydney, Australia – People are enjoying the benefits of voluntary exchange and increasing competition among many goods and service providers, yet many do not realize the value of free market. They instead call for more government intervention, regulation and taxation of private enterprises, moves which limit and restrict competition among players, which reduce the options and choices available for consumers.

This is the gist of my talk in one of the six panels in the on-going 4th Pacific Rim Policy Exchange, September 29-30, 2010, held at Sheraton on the Park, Sydney. The two days conference is jointly sponsored by the Americans for Tax Reforms, Property Rights Alliance, Heartland Institute, and Institute for Public Affairs. The first 3 are US-based and the last is based in Australia.

On Day 1 of the conference, I sat on the panel, “Getting the free market message out”. The two other speakers in the panel were Khalil Ahmad from Alternate Solutions Institute in Lahore, Pakistan, and David Farrar of Kiwi blog.

Below is a portion of my presentation.

Advancing the free market ideas and the philosophy of individual freedom is a tough act to do these days. Many people enjoy the freedom of voluntary exchange, the many free online networking like facebook, google, youtube, blogger and twitter, that enhance individual expression and individual freedom, all of which are products of competition under capitalism. And yet people lambast capitalism and glorify its “death” with the recent global financial turmoil. And so they justify if not advocate, for greater government intervention, regulation and taxation, to “correct market failures” and save the poor. 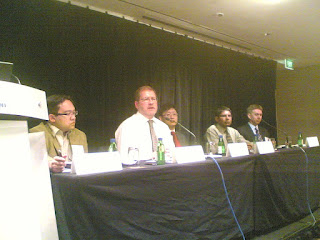 But how blind can they be with various government failures? Government corruption, wastes and robbery is a never-ending issue in many countries, especially in poorer ones like the Philippines. We’ve had “People Power revolution” in 1986 to kick out a dictator and its corrupt government, we’ve had several administrations after that and until today, corruption remains a topic of conversation and frustration by many people, including those who benefit from it. 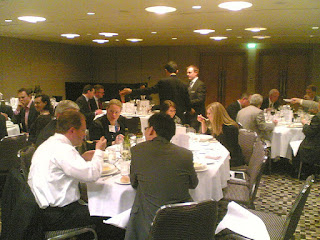 And so because many people attack the free market even if they benefit from it, they casually cite market failure as if market solutions do not exist, and they are blind or silent to endless government failures and they advocate even more government intervention to solve previous government failures, our task as advocates of more individual freedom, of free market and free trade, just gets bigger and bigger.

It is important to explain to the public the irony of their attitude, and the dangers of heavy state intervention and coercion in our lives.
Posted by Bienvenido Oplas Jr at 3:07 PM