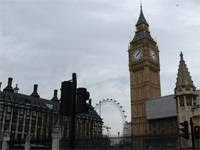 Here's one proposal by the UK tax collection agency, as reported in CNBC yesterday.

The UK's tax collection agency is putting forth a proposal that all employers send employee paychecks to the government, after which the government would deduct what it deems as the appropriate tax and pay the employees by bank transfer.


The proposal by Her Majesty's Revenue and Customs (HMRC) stresses the need for employers to provide real-time information to the government so that it can monitor all payments and make a better assessment of whether the correct tax is being paid....

This is like Philippine-based employers, local and foreigners alike, will send all monthly salaries to the Bureau of Internal Revenue (BIR) first and all personnel in the formal sector, ordinary employees and managers alike, will wait for several days or weeks before the BIR will give us back our "rebates" by bank transfer.

High and multiple taxes are government's indirect way of saying, "Give us your money. We can spend it for you better than you yourself." What a hypocrisy.
--------

New British PM David Cameron has candidly admitted the obvious -- UK's nanny state might go the Greek way of fiscal (and personal) irresponsibility and hence, deep economic hardship for one of the richest economies in the world. The report today in NYT says, "Cameron warns Britons of "decades of austerity", http://www.nytimes.com/2010/06/08/world/europe/08britain.html?ref=global-home

Mr. Cameron said that Britain's "financial situation was “even worse than we thought” and that the country would have to make savage spending cuts to bring its swelling deficit under control.... that at more than 11 percent (of GDP) Britain’s budget deficit was the largest ever faced by the country in peacetime. But he warned that the structural deficit was more worrisome. Britain currently owes a total of more than $1.12 trillion , he said, and in five years will owe nearly double that if nothing is done now. The country already spends more on interest payments on its debt than it does running its schools."

While the PM was blaming the Labor government of Tony Blair et al before his term, the deeper problem lies in UK diverging from the liberal, free market, more personal responsibility society that Ms. Thatcher and other liberal leaders have tried. Instead, an expensive nanny state became bigger and bigger, which resulted in public debt becoming bigger and bigger, which acquired a life of its own and soon overtook actual welfare spending.

The statists and socialists can argue that UK and other rich countries have lots of fiscal "responsibilities to poorer countries" through more foreign aid, including paying huge transfer of tax money to politians and governments of poorer economies because of their "climate debt". Thus, deep tax cuts cannot be an option for UK and other similarly-situated governments.

Yesterday, a number of Asian stockmarkets suffered serious declines as a result of negative fiscal news from Hungary. Yes, a non-EU member Hungary sending out signals of more fiscal bleeding is enough to worsen the already bad financial and fiscal conditions in Europe. Just when people were expecting that Spain and Portugal would follow Greece's fiscal bleeding, it was Hungary that came in next.

So, Greece-Portugal-Spain-Hungary-UK-who else?
Some are already queuing based on certain macro and micro indicators, like France and Italy.

You have nice blog. Quite a few people nowadays don't know whether they're acquiring appropriate wage for their profession. To be clear one can check on-line wage comparison websites to know what other corporations offer for the same position. For instance to compare salary of an analyst one can just type analyst salary in a salary comparison website like Whatsalary.com