A friend from Delhi, Barun Mitra, founder of Liberty Institute, wrote in his column at WSJ Asia yesterday, Landing India's Next Big Investment: Land and mineral rights must belong to people. 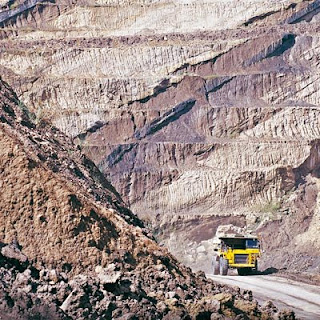 It's about a controversial multi-billion dollar Vedanta bauxite mining project in eastern India state of Orissa that has been stalled. India's Ministry of Environment and Forest issued notice to the mining company for violating various provisions of the Forest Rights Act. Barun argued on land and mineral rights angle, and say that these should belong to the people who live there. Barun made this concluding paragraph,

How ironic, then, that because of the archaic laws of India, promoters of a multibillion-dollar mining project cannot directly negotiate with the people who are on the land. And how tragic that this project's closure is being celebrated by NGO activists as a "victory." It is just the opposite.

The same "state ownership of minerals and natural resources" even on private lands apply in the Philippines. You have a farm, fine, the national and governments recognize your private ownership to that land. You just have to pay the annual real property tax to the local government.

Now, there are also important mineral deposits below your farm, say a copper mine some 500 meters below the surface. Those mineral products belong to the state, not to you. Your ownership is only on the surface.

So the state can grant or issue a license to a mining or quarrying company for a fee or share to total mineral output, to extract and mine those minerals, either by open-pit mining or via underground quarrying. You have zero share on those mineral products I think, it all belongs to the government and the mining company.

This is an opportunist power of the state to circumvent private property ownership. Once land has been titled for ownership to a private person or company, both the surface and sub-surface resources of that land should belong to the landowner. If there are mineral deposits below, a mining company can go straight to the landowner, private entity or a community, say upland dwellers, and negotiate for a mutually-acceptable arrangement in fees.
Posted by Bienvenido Oplas Jr at 10:25 PM