A new report on "Seven Myths About Green Jobs" was released early this week by the International Policy Network (IPN, London). IPN is the main convenor of a big international coalition, the Civil Society Coalition on Climate Change or CSCCC. Our think tank, Minimal Government Thinkers, is the only Philippine-based institute that is a member of that 60+ independent institutes from 40 countries. 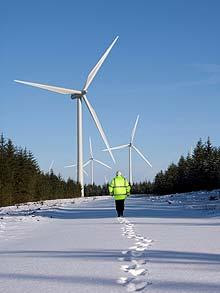 The report is 32 pages long, pdf. Below is the description of the report. It briefly explains why "Green jobs" are a myth while new bureaucracies, new wastes and new debts in pursuing green jobs are realities.

And talking about new debts, the Philippines' top climate official, the vice-chairman of the Climate Change Commission (CCC), former Senator Heherson Alvarez, proposed that the Philippines should borrow $100 billion over the next 10 years (at $10 billion/year) in climate loans. See the report here.

The total external debt of the Philippines as of end-March 2010 was $55.42 billion. And that includes debt by the national government, monetary authorities, private commercial banks, private corporations. That also includes shenanigans under the previous administrations, especially the Erap and Gloria governments.

But such debts and political shenanigans will become loose change compared to the planned multi-billion dollars climate loans racket by the country's climate officials if they will have their way.
--------

While governments around the world pour taxpayers' money into a whole range of supposedly win-win "green investments", this paper finds that these waste resources and reduce economic growth without necessarily protecting the environment.

The government has recently laid out plans to pour taxpayers’ money into “green investments”, claiming that the high costs will be offset by long-term benefits to the economy and the environment. The new study finds that this “win-win” attitude is a delusion. Hidden costs include:

Bureaucracy: In practice, “green investments” get spent on red tape. “Green jobs” are taken by bureaucrats, siphoning resources away from the productive sectors of the economy.

Waste: For those advocating “green jobs”, inefficiency is a virtue. A United Nations study on green jobs actually calls for fruit to be picked by hand rather than machine. “Green” subsidies effectively pay companies to make everyday items more expensive and scarce, taxing the public twice over.

Debt: Today’s “green investments” are made by increasing Britain’s colossal national debt, borrowing heavily in the hope of making future generations richer. If the green gamble fails, our children and grandchildren will be left with the bill.

“Green investment” isn’t even a reliable way to improve the environment, the study finds. Steel is one of the world’s most carbon-intensive industries, yet the United Nations Environment Programme counts steelworkers as having “green jobs”, because steel is needed to make wind turbines.
Posted by Bienvenido Oplas Jr at 11:02 AM