CSOs and State 12: From NGOs to GFOs 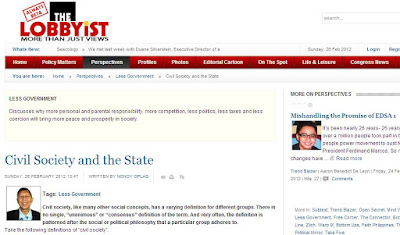 This is my article for the online magazine today, refreshing the page. Original title is Civil Society and the State.
-------


Civil society, like many other social concepts, has a varying definition for different groups. There is no single, “unanimous” or “consensus” definition of the term. And very often, the definition is patterned after the social or political philosophy that a particular group adheres to.