Climate Tricks 3: Solid Waste Management to Save the Planet

One of the by-products of climate alarmism is the legislation and enactment of new laws to "save the planet". These include the Clean Air Act, Solid Waste Management Act, Forestry laws, etc. When given the chance, I try to expose these.

Yesterday, I was one of four speakers in the UP Economics Towards Consciousness (ETC) forum on "Greening the Economy and Solid Waste Management". The three other speakers were Atty. Cuna, Director of the Environmental Management Bureau (EMB, DENR), Prof. Perry Ong, Director of the Institute of Biology, College of Science, UP; and Prof. Oggie Arcenas of the UP School of Economics (UPSE).

The three speakers have lots of things to say, being teachers or govenment officials, they spoke for 30 minutes. Being the last speaker, I spoke for only about 10 minutes, below is my presentation. 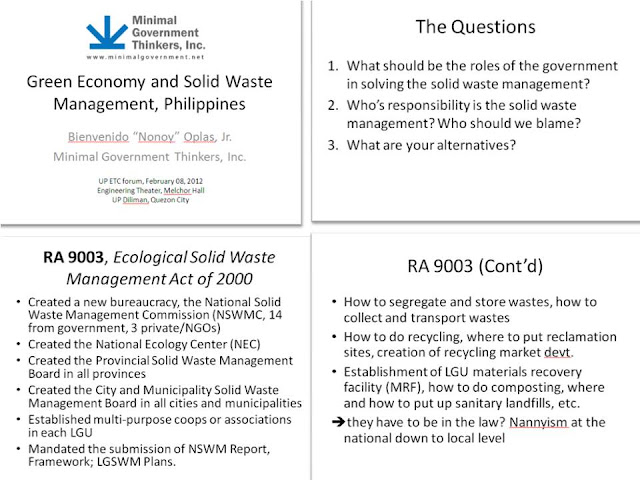 I showed here photos of the "Smokey Mountain" before and after the reclamation on a portion of Manila Bay. 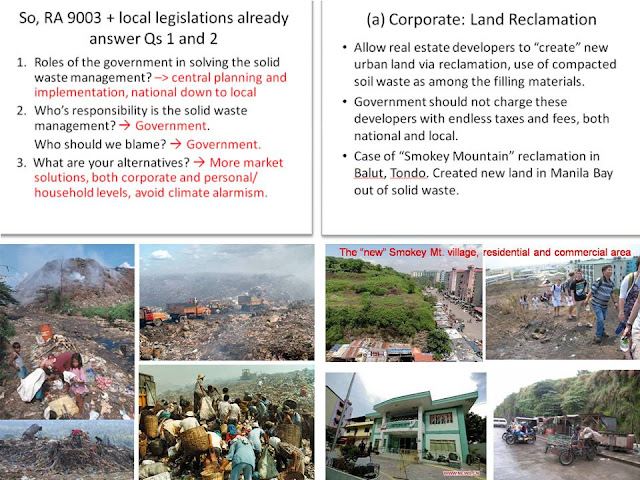 And argued that in many Asian countries and elsewhere, "lack of land" is a problem, whether real or imagined. So creating land at narrow parts of the sea has been done in many places around the world. 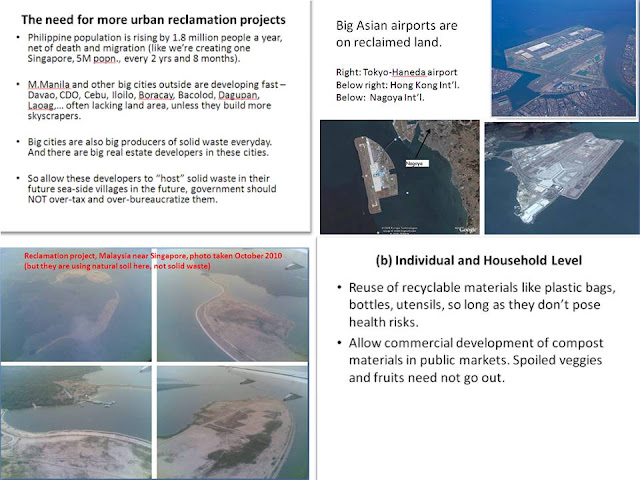 And after hearing the government official from EMB-DENR plus two UP Professors, I asked the audience the question: Is solid waste management mainly government responsibility? My answer is obvious of course, No. Why not? Then made a brief discussion on climate alarmism. 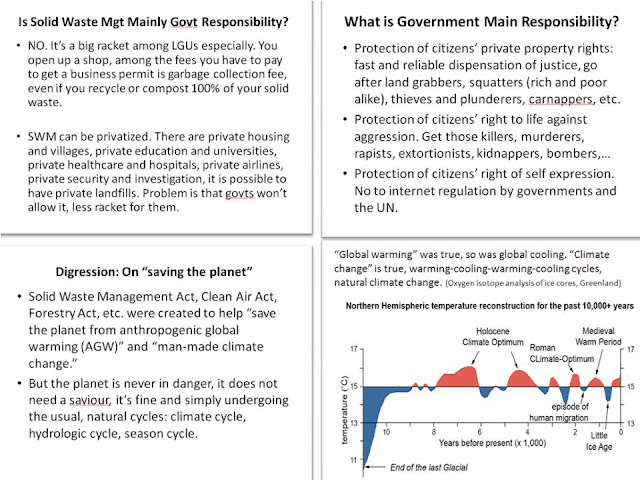 The planet is not getting warmer, it is getting cooler, at least for the last decade and a half. Or at the least, global temperature -- at the Northern Hemisphere (NH), Southern Hemisphere (SH) and the tropics -- are flatlining, never rising. 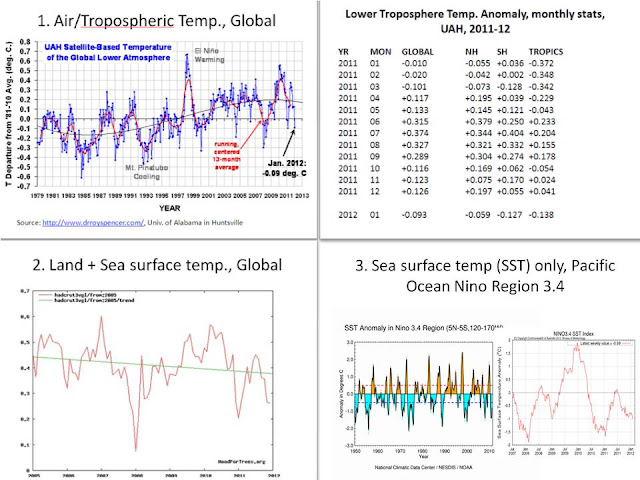 There are more SUVs and airplanes, more shops and malls, more houses and "non-clean" powerplants, worldwide than the past, CO2 emission is rising, but global temperature does not follow. 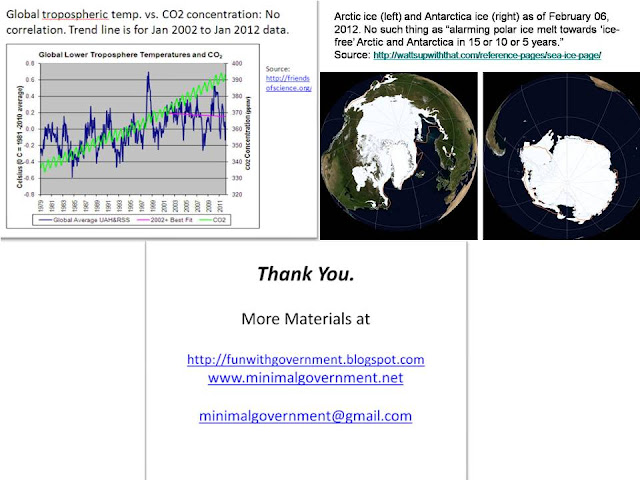 The audience clapped loudly after my talk :-)

I thanked the UP ETC, my organization when I was still in the undergrad at UPSE, for inviting me to the talk. They didn't know actually that I was an ETC alumni until about a day before the forum. Special thanks to Mel Lorenzo Accad, project head of the ETC for inviting me.
------