It is an annual tradition that at the end of each Economic Freedom Network (EFN) Asia Annual Conferences, participants produce a conference resolution -- short, one page, clear and direct -- that summarizes and concludes the two-days activity. I am posting the conference resolutions last year (theme: Competition: Engine for Prosperity, October 11-12, 2011, Kuala Lumpur) and this year (theme: How Welfare Populism Destroys Prosperity, November 6-7, 2012, Hong Kong).

Competition is an essential engine for prosperity. To prosper, all nations should encourage and nurture competition. Competition encourages innovation and creativity.

The Role of Government

The primary role of the government is to enforce the rule of law, provide impartial judiciary, protect property rights and individual freedom.

Competition is the best regulator; therefore, the government should foster competition rather than restrict it.

The people will benefit more if the government does not monopolize the delivery of public services.

Competition can be introduced and fostered in the major public services such as education, healthcare, transport, communications, and utilities by diversifying the providers through various form of private participation.

We the liberals believe that populism is the promise of state-mandated, unsustainable benefits to the broader population without consideration of the long-term costs and benefits. It relies on highly emotive statements. In fact, populism is counterproductive to general well-being and progress, as illustrated by the economic decline of the many countries that have pursued populist agendas.

We are concerned that governments in Asia are turning away from the policies which have been demonstrated to promote prosperity in many parts of the world.

We are confident that people will reject populist policies once they understand the true costs associated with them.

Those costs include an increasing dependency on the state, weakening the rule of law, propertyrights and individual freedom. Populism also reduces the ability of individuals and local communities to make their own decisions, and undermines the competitiveness of businesses.

Recent moves in Asia to subsidise food and fuel, and to transfer cash are all examples of populist policies that have done more harm than good.

We are confident that if Asia commits itself to liberal values such as property rights and the rule of law, the region will prosper.

* Provide alternative liberal solutions to the real problems that give rise to populism, and educate about the benefits of liberal policies, using positive language and examples.

* Engage with the media to educate the public more widely

More photos during the HK conference. 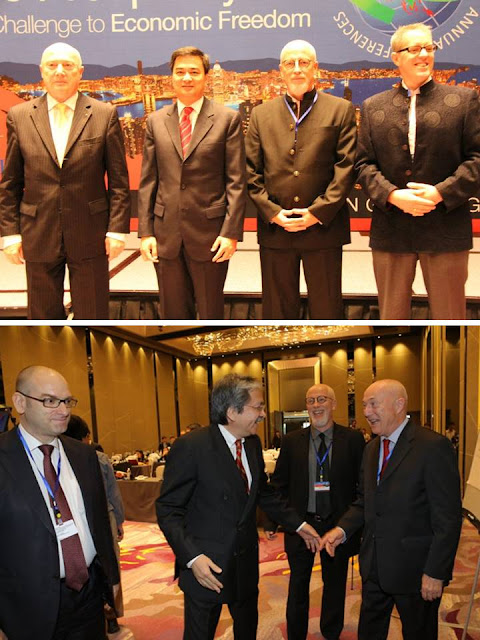 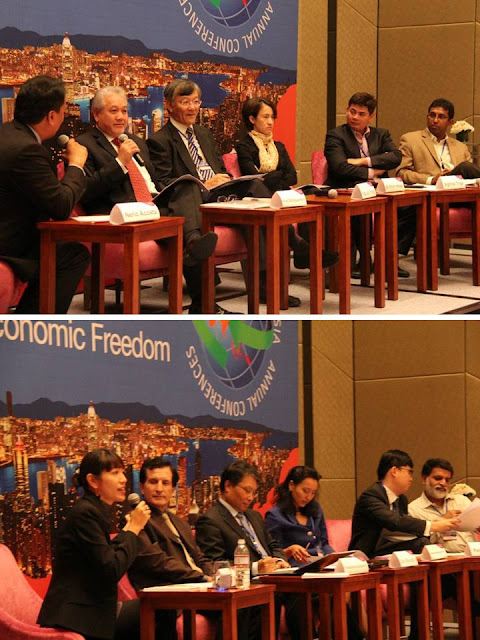 Meanwhile, EFN Asia secretariat has produced the brief Report of the conference this year. Here are portions of the report:

Dr Rainer Adam, FNF Regional Director for Southeast and East Asia, underscored the significance of this year’s EFN conference topic. He pointed to the problem of economically unsustainable policies in Europe and Asia which solely benefit the vested interest of a few political actors but ultimately lead to immense economic damage: “Populism undermines the competitiveness of a nation und erodes the foundations of a society. Therefore, it is indispensable to face populist challenges in politics and economy, and to come up with solutions.

Dr Wolf-Dieter Zumpfort, Deputy Chairman of the Board of the Friedrich Naumann Foundation, alluded to the mistakes the German welfare state had committed and criticised that at present there was no chance in winning an election without having any welfare promises in the party platform. The German welfare state already ads up to a third of the German gross domestic product and this has disastrous consequences. A nation’s welfare evolves from economic success, not from populist reallocation promises.

The Hon. John Tsang, Financial Secretary of Hong Kong, warned about welfare populism, referring to the Argentina example, which had been the sixth biggest national economy one hundred years ago, but subsequently lost this position. The economic decline of the country was mostly caused by welfare populism. John Tsang also mentioned the example Greece, in which welfare populism embosses the political events since several decades.
----------

We the liberals believe that populism is the promise of state-mandated, unsustainable benefits to the broader population without consideration of the long-term costs and benefits.