Day 1 yesterday of the 2012 Economic Freedom Network (EFN) Asia conference here at Crowne Plaza East Kowloon. It is sponsored by the Friedrich Naumann Foundation for Freedom (FNF) and co-sponsored by the Lion Rock Institute (LRI), Hong Kong’s first and only free market institute.

There were 100+ participants, mostly international (Asia, US, Canada, Germany, Spain...). Many locals too, mostly friends of LRI. 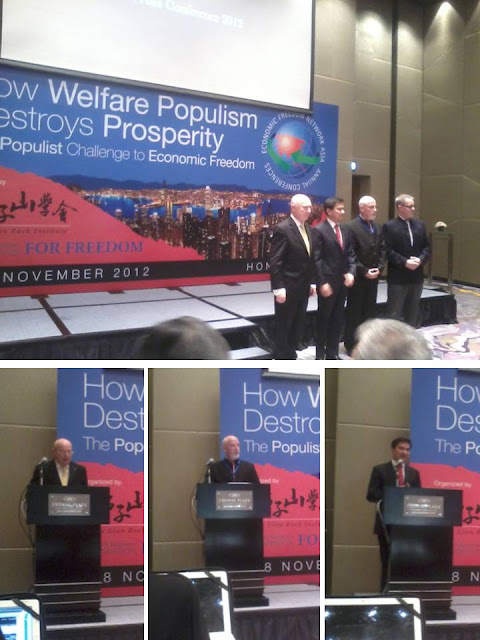 In his opening message, Bill reiterated the importance of free market, rule of law and property rights, in countering the mass appeal of populism which has long term negative impact on the economy. He said that the HK government is treading slowly on more welfarism.

Wolf cited HK's generally free market and globalized economy for its economic prosperity while Germany and many European economies are struggling with welfarism trap, massive unemployment, and the need to cut the expensive, huge debt generator welfare programs to help stabilize their economy.

Rainer reiterated a number of points made by Bill, and praised former Thai PM Abhisit for not bowing to heavy populism in Thailand during his term, that he cut certain subsidies and instill fiscal restraint and responsibility, only to be reversed by the succeeding populist administration in Thailand.

Abhisit discussed many points in his keynote speech. Among them:
* Populism has made the poor become even more dependent on the government.
* Populism breeds high opportunity for corruption, like the rice subsidy corruption.
* It can lead to more social conflict as a result of those continuing corruption.
* Decline of democracy as populism very often leads to authoritarianism and totalitarianism.
* Foreign intervention becomes inevitable later, like the heavily indebted welfarist economies who must be bailed out by other countries and the multilaterals.
* Decline in competitiveness and possible collapse of the economy as free market competition is often shelved.
* But free market has problem with social and economic distribution, thus the need for government to provide some safety nets to those highly vulnerable sectors and households.
* Politicians should be responsible, balance populism with proper education of the voters, avoid quick fixes and welfarism trap. 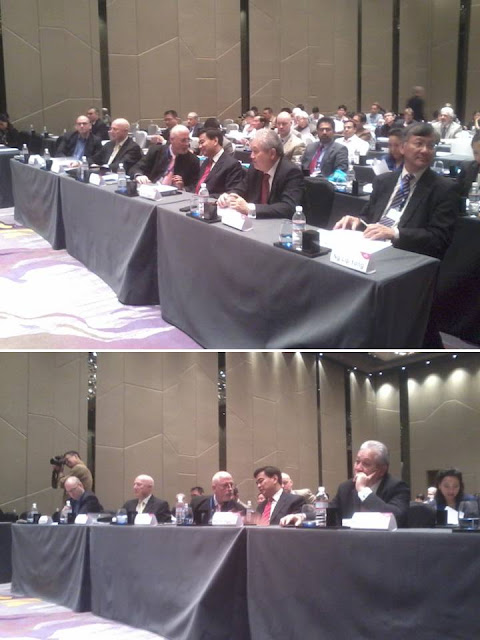 The next round of speakers were Sec. Neric Acosta, the Presidential Adviser for Environmental Protection, Philippines, and Sec.Gen. of the Council of Asian Liberals and Democrats (CALD), and Bibek Debroy from India. Bibek was the sudden replacement of Parth Shah, President of the Center for Civil Society (CCS), India, who failed to come due to  problem with his flight from Delhi. Below is part of Neric's presentation. 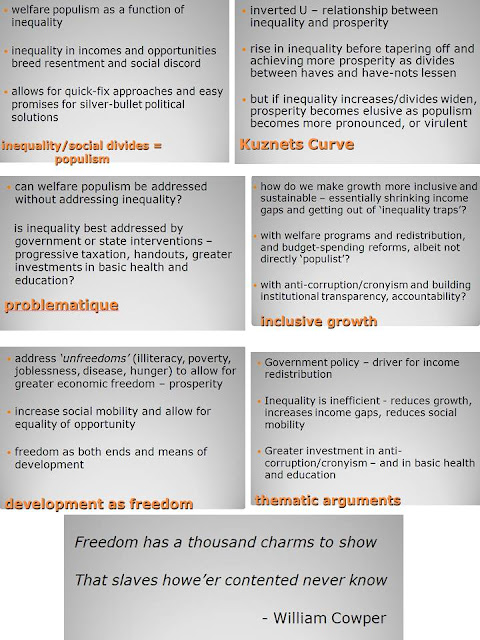 Neric emphasized the importance of the rule of law, avoid populism despite its temptation to politicians. Bibek said that contrary to many people's belief, politicians in general are not myopic as they balance populist demand by the voters and managing public expenditures.

The first panel was "Populist Challenges: Perspectives from Politicians". It was a good round with lots of good speakers:

Below are portions of Cong. Tinga's presentation. 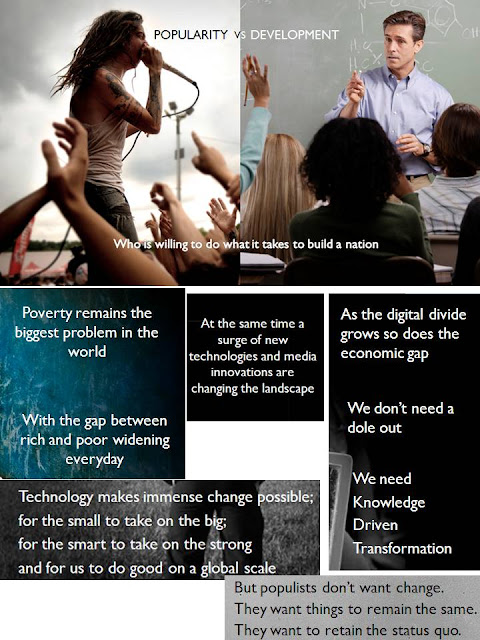 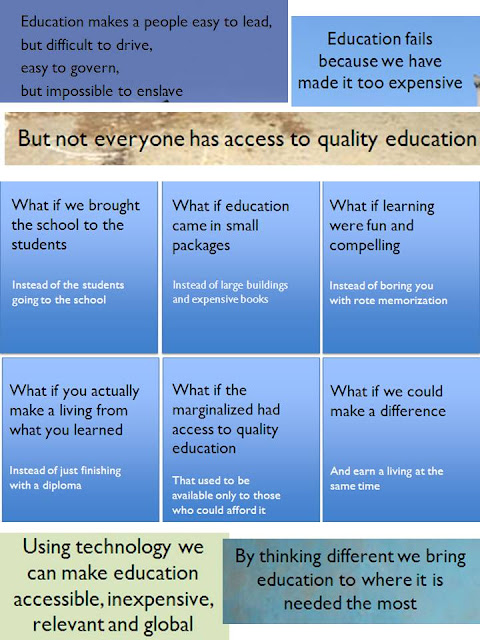 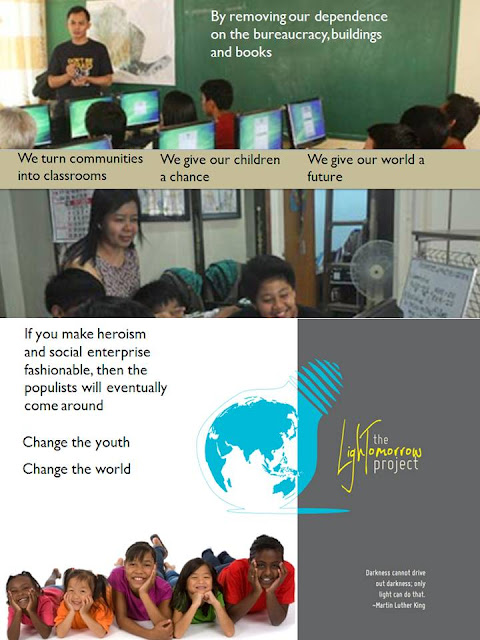 Before the program started, Cong. Tinga and I had a brief chat. He asked what MG Thinkers is all about as he was curious about the name when he checked the EFN Asia partners in the Philippines. I briefly explained that it's a think tank advocating minimal, not zero, government.
----------

there are 10 +(?) bullet points on whats wrong with populism.

but are there actual countries that had ALL of the bullet points happen to them, according to the causality attributed in the list? what are these countries and when?