* This is my article yesterday in the online magazine,
http://thelobbyist.biz/index.php/perspectives/less-government/item/120-big-government-and-populism
--------- 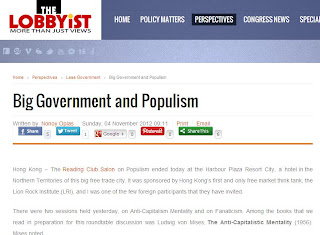 Hong Kong – The Reading Club Salon on Populism ended today at the Harbour Plaza Resort City, a hotel in the Northern Territories of this big free trade city. It was sponsored by Hong Kong’s first and only free market think tank, the Lion Rock Institute (LRI), and I was one of the few foreign participants that they have invited. 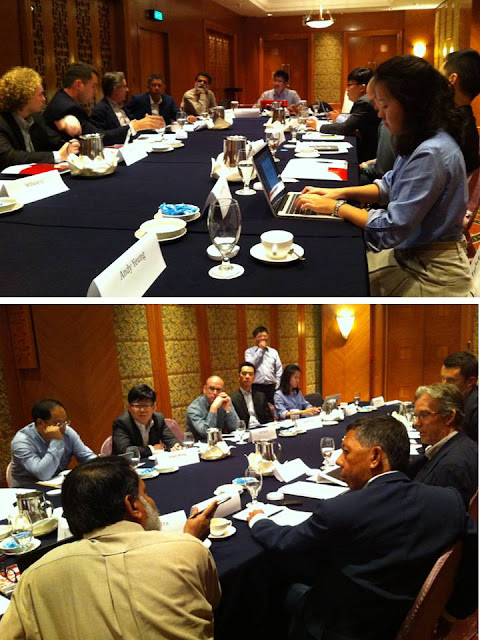 Tomorrow, I am going to Hong Kong to participate in the "Reading Club Salon" sponsored by the Lion Rock Institute. It's a read-read-read thing before going to Hong Kong, then listen-analyze-speak at the venue, the Harbour Plaza Resort City, a big hotel in the Northern Territories.

It is a small group round table discussion covering some of the "cream minds" of the free market network in Asia -- from China, India, Hong Kong, Thailand, Philippines, and a few friends from Germany, Canada and the US who are all Asia-based now.

This is what I meant by "read-read-read before going to Hong Kong", a list of mostly long papers and e-books, to be discussed from Saturday afternoon to Sunday morning: 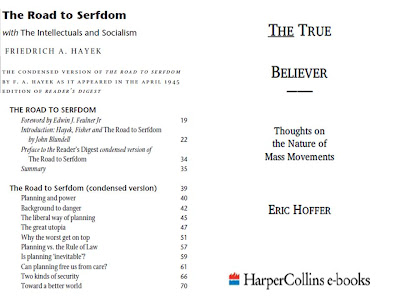 Session I: Anti-capitalist Mentality and the Religion of All-powerful Government
•   The Road to Serfdom by F A von Hayek (1944)
•   The Anti-Capitalist Mentality by Ludwig von Mises (1956)
•   Why Do Intellectuals Oppose Capitalism? by Robert Nozick (1998) 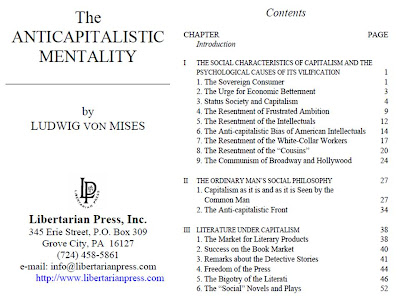 I have read Hayek's "Road to Serfdom" before, then Robert Nozick's "Why do intellectuals oppose capitalism?" and Milton Friedman's short paper, "Business Community's Suicidal Impulse". The rest, I started reading only last week and this week.

Perhaps this could be the most tiring free market seminar that I will attend. In 2005, in Phuket, Thailand, we also have a sort of "reading salon" during the Atlas round table discussion where we discussed only one book by Friedrich Hayek, "The Constitution of Liberty" for one whole day. It was hard for me because Hayek's political philosophy was rather too deep for me then. My exposure for many years have been largely on economic literatures.

But so far I have been enjoying a number of the literatures, like Eric Hoffer's "The True Believer".

Will write more about the two HK events including the EFN Asia Conference on Tuesday-Wednesday, or two days after the LRI round table discussion.
-----------