Last Tuesday, May 13, I attended the EU-FNF forum on "Foreign Direct Investment: Engine for Job Growth" held at the Mind Museum, Fort Bonifacio Global City, Taguig. It was a powerhouse forum. Welcome messages given by Jules Maaten, Country Director of the Friedrich Naumann Foundation for Freedom (FNF) in the Philippines, and Guy Ledoux, Ambassador of the European Union (EU) Delegation to the Philippines. 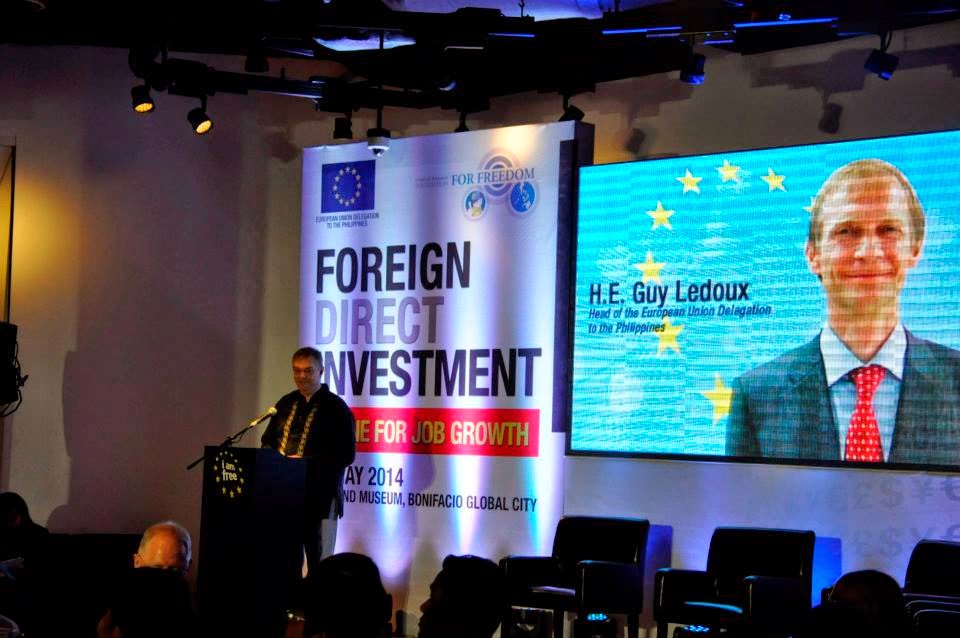 Amb. Ledoux expressed further optimism about the Philippines and its business environment, saying that European investors are the biggest bloc of foreign direct investment (FDI) in the Philippines. A summary of the forum is also posted in the FNF website, EU FDI in PHL to Double in Five Years and there is a long quote from Amb. Ledoux there.

House of Representatives Speaker Feliciano "Sonny" Belmonte (in barong, seated right in the photo below) spoke and mentioned that he personally supports amending the PH Constitution and remove restrictions to foreign investments. He enumerated several important Congressional bills that will help encourage the entry of more FDIs. Like the Anti-trust or Competition Law, Tax Incentives Management and Transparency Act, amendments to the Build-Operate-Transfer Law, Cabotage Law, among others. 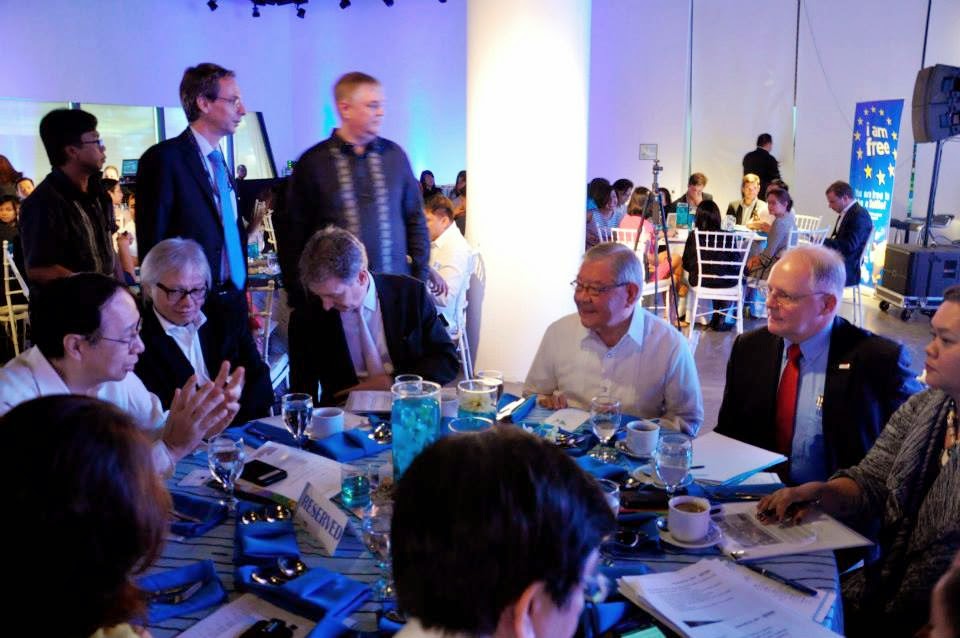 I stumbled on this data from the IMF. Not only direct equity but other forms of asset inflows were used here, hence, a total of $28.4 billion inward direct investments were recorded in 2012. But interestingly, many Philippine-based businessmen, local and foreign, sent their money to the Cayman Islands and Virgin Islands. The two are considered as among the "tax havens" around the world because of the low taxes, low bureaucracies they slap on money coming from anywhere around the world. Which should be a lesson to the central bank and other government agencies: the less that you monitor and bureaucratize foreign investments and savings, the more that that they will come to you.

Interesting point from Bosch: the company being innovation driven, is inventing and innovating a new product every 25 minutes on average. Wow. Mr. Kanak said that by having more investments and competition, more high paying jobs are created, which provide more consumer and tax base for the country. 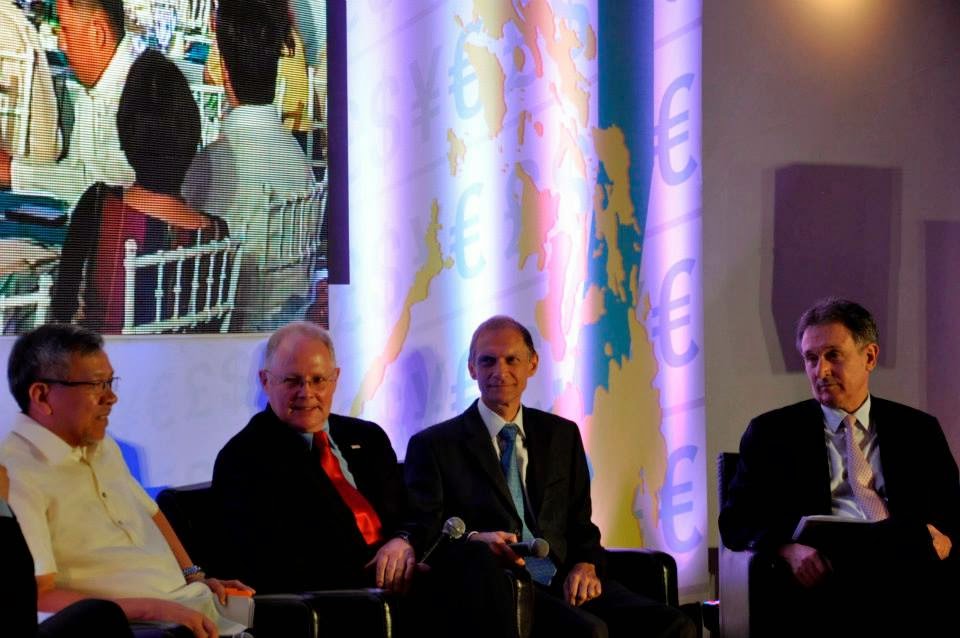 Sec. Domingo mentioned that one of the important assets of the Philippines is its big and young population. Yes, I fully agree. Big and young population is an asset, not a liability, that is why I never supported the RH bill, now called RH law. The average age of Filipinos, about 24 years old, is almost half that of Japan, 44 years old. Soon Japan, Taiwan, S. Korea, many European countries, will be begging for more Filipino workers and managers to run their factories, banks, hotels, offices and households. Or if their immigration policies will remain paranoid to the entry of more immigrant workers, many companies in those countries will locate here and take advantage of the country's big, young and trainable manpower.

From left: Jules Maaten, Coco Alcuaz of ANC who acted as moderator in the panel discussion of these four prominent speakers. 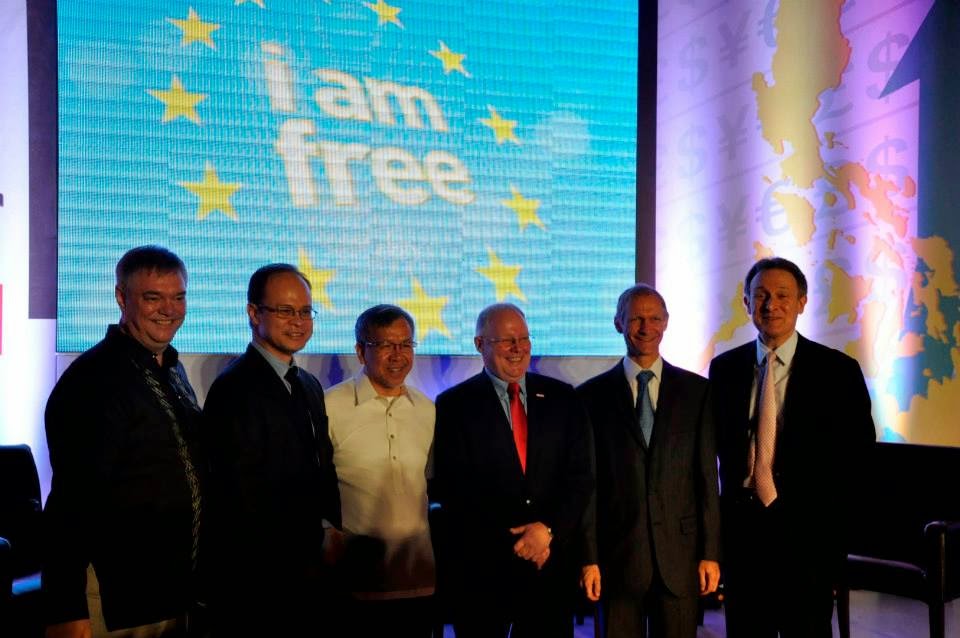 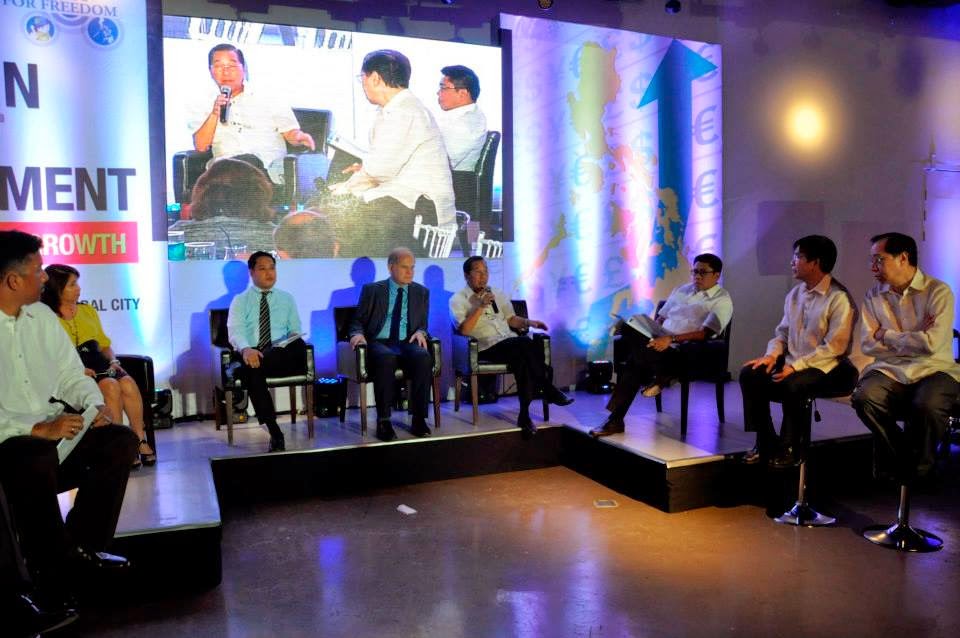 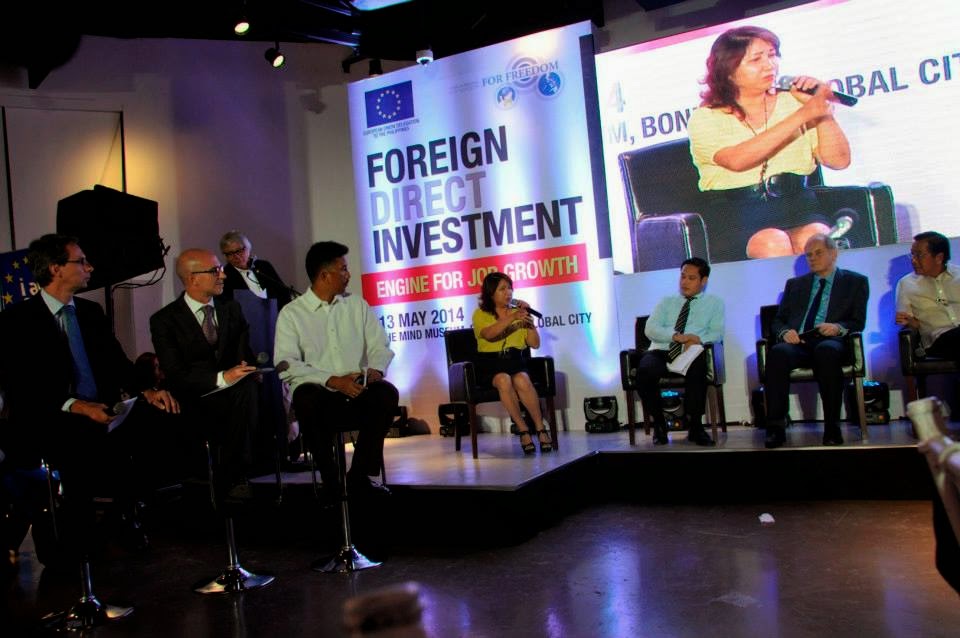 Toti Chikiamco pointed out that more than the high cost of electricity, what bothers many investors, those in SMEs in particular, are the high government-imposed minimum wages. Plus the various mandatory social contributions. This is a good point. Employment is a private contract between the employer and employee. A job applicant seeking high pay and many benefit package must compete with other job applicants with better qualifications and longer work experience, in landing that job. Government should come in only to enforce a private contract between the two camps if there is dispute in the interpretation and implementation of the contract. Government has no business actually setting what should be the minimum wage, the minimum benefit package, and so on. Minimum wage laws protect only those who already have jobs while providing no protection to those who are jobless or are still seeking work. 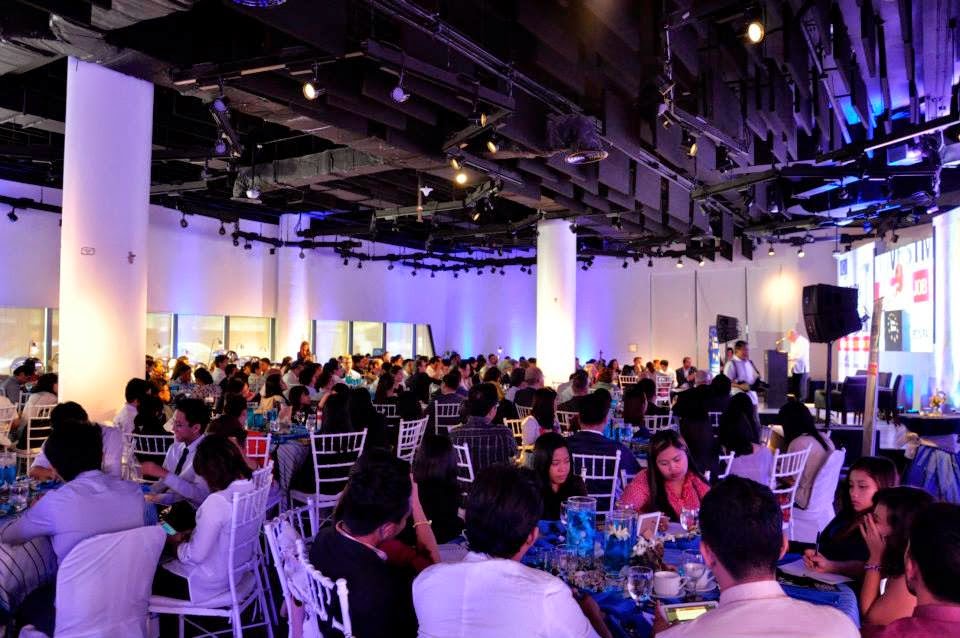 Movement of FDI is directly related to movement of goods and services across countries and continents. Free trade and free mobility of factors of production are closely linked. When the business environment at home becomes more rigid, more bureaucratic and over-regulated, more taxed, investors and professionals will seek other location where they can do business in a freer environment.

As Europe becomes more bureaucratic, economies in Asia become good prospects for investments as our politicians and bureaucrats here have not mastered yet the art of heavy bureaucratism that their counterparts in Europe and North America practice. FDI is both demand-pull and cost-push.

Lots of good speakers, and lots of food after, it was a good forum.
All photos except the table are from FNF facebook page.
-------------