Climate Tricks 29: Bioethanol to Save the Planet, or Pollute the Planet?

The use of biofuels is one of the schemes invented by the climate alarmism and energy rationing movement to help "save the planet". By using organic materials like corn and sugar as additive or actual liquid fuel to vehicles, it is hoped that the use of petroleum products which emit CO2 that "pollute" the air and further raise greenhouse gases (GHGs) and warm the planet, will be lessened.

There are a few bioethanol processing plants in the Philippines, riding on the Clean Air Act I think, that requires the use of biofuels nationwide.

Now here's the twist. Residents, church and local political leaders of San Carlos City, Negros Occidental, have launched an anti-pollution campaign against a bioethanol plant there. San Carlos is around 80 kilometers south east from my hometown, Cadiz City, same province. 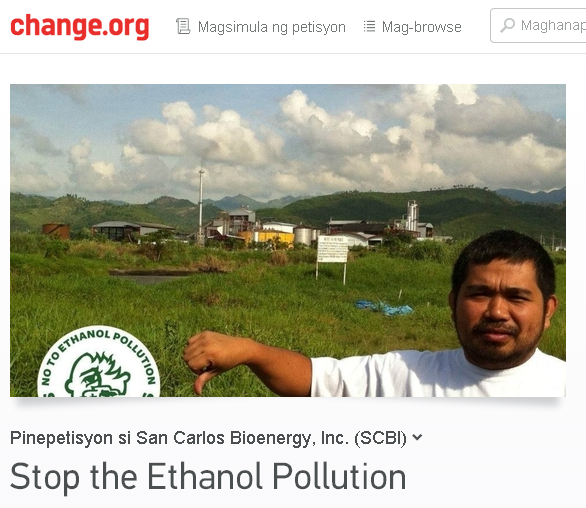 And here's from San Carlos City Interactive, report this week. 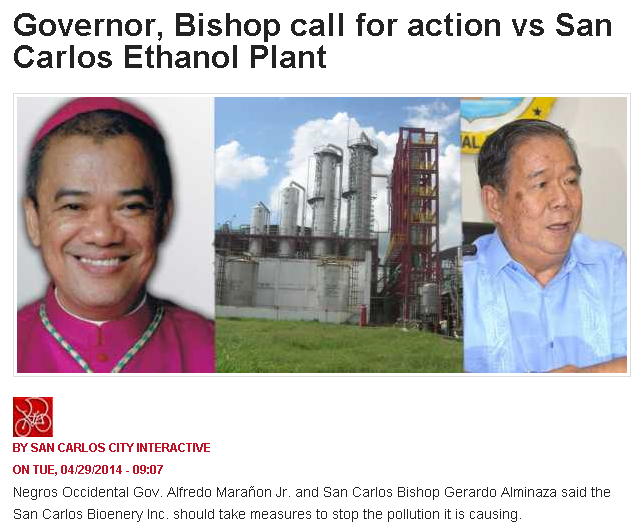 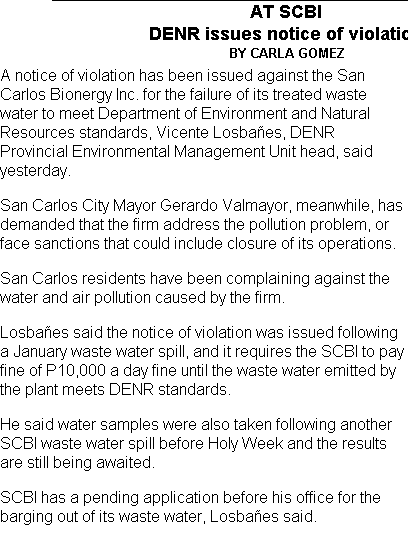 Another report this week, from The Visayan Daily Star.By using organic materials for their fuel production, they should expect decomposition process, and that is where foul smell can occur.

Earlier, the main criticism for biofuels is that crops were used to feed cars, instead of feeding people and farm animals. This contributed to a spike in world food prices as several million hectares of agricultural land were devoted worldwide for biofuel production.

One wonders what the militant environmentalists would say about this twist. That alternative energy production to help "save the planet" now actually pollute the planet. The risks to people's health and productivity is felt today, not 50 or 100 years from now.

People will slowly realize that they have been hoodwinked by the climate alarmism movement. The supposed "solutions" are worse than the problems. Well, "man-made" or anthropogenic global warming (AGW) is not a problem in the first place. Global warming, along with global cooling, were mainly nature-made, not man-made.

Meanwhile, another good chart from NTZ,

It shows that climate change is cyclical and natural (or nature-made). Warming-cooling-warming-cooling, in endless natural cycles.
-----------

check out this blog post for a comprehensive look at global temp history for millions of years.