Climate Tricks 27: More Risks and Danger Ahead, Send More Money to the UN

Less rain or more rain, less flood or more flood, less snow or more snow, less dogs or more dogs, it does not matter. They are ALL proof of catastrophic anthropogenic global warming (AGW) or anthropogenic climate change (ACC). To "fight climate change" and AGW, we taxpayers and energy consumers should send more money to the United Nations.
---------- 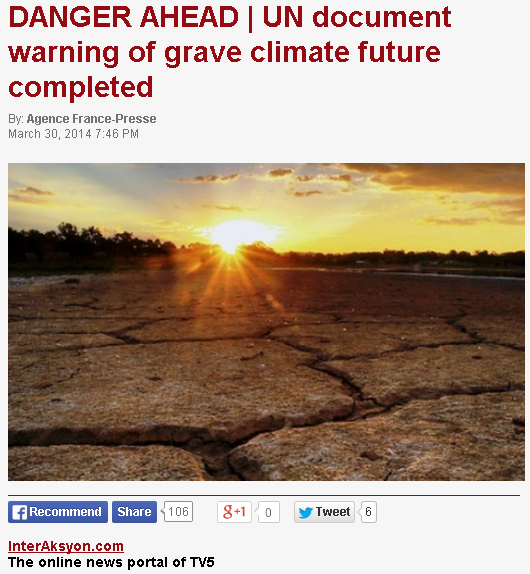 Part of a massive overview by the United Nations' Intergovernmental Panel on Climate Change (IPCC) set for release on Monday, the report is likely to shape international policy on climate for years to come, and will announce that the impact of global warming is already being felt.

Some 500 scientists and government officials have been gathered since Tuesday in Yokohama, south of Tokyo, to hammer out its wording..


The IPCC WGII report is out – now the screaming begins anew 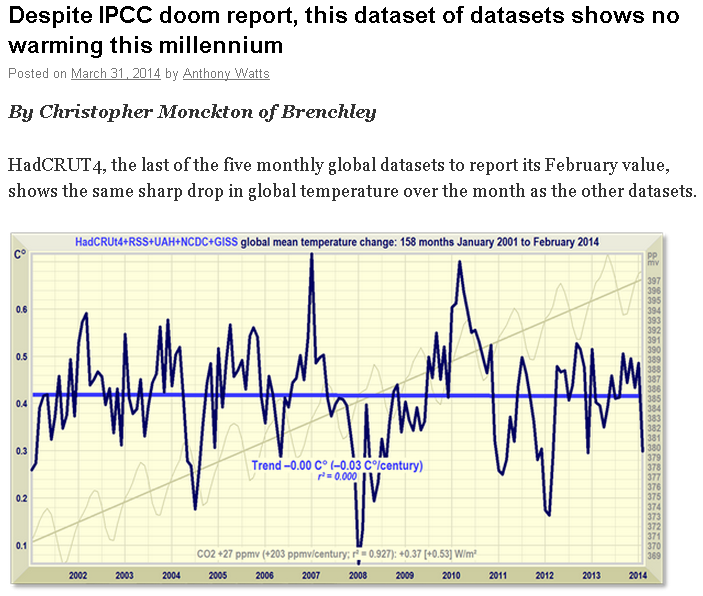 "Here is the IPCC’s predicted global warming trend since January 2005, taken from Fig. 11.25 of the Fifth Assessment Report, compared with the trend on the dataset of datasets since then. At present, the overshoot is equivalent to 2 Cº/century.

From NTZ,
IPCC Ignores Its Own Data…Attempts To Incite Global GreenCoup d’Etat Led By Alarmist Scientists

By P Gosselin on 31. März 2014
The IPCC’s tone, amplified by the media, speaks volumes: With its latest report, the UN organization is attempting to incite and lead a global coup d’état – with the main focus on Europe and North America... 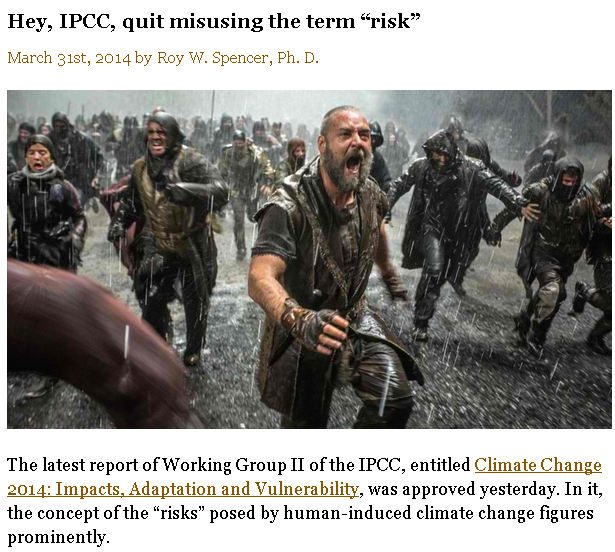 Now, I can understand using terms like “possibilities” when it comes to anthropogenic global warming (AGW). It’s theoretically possible that the average warming of the last 50+ years was mostly human-caused, and it’spossible that the slight sea level rise over this time was more human-caused than natural (sea level was rising naturally anyway). But we really don’t know.

And the idea that severe weather, snowstorms, droughts, or floods have gotten worse due to the atmosphere now having 4 parts per 10,000 CO2, rather than 3 parts per 10,000, is even more sketchy. Mostly because there is little or no objective evidence that these events have experienced any long-term increase that is commensurate with warming. (It’s possible they are worse with globally cool conditions…we really don’t know).

But the main point of my article is that the IPCC has bastardized the use of the term “risk”. Talking “possibilities” is one thing, because just about anything is possible in science. But “risk” refers to the known tendency of bad things to happen as a result of some causal mechanism. 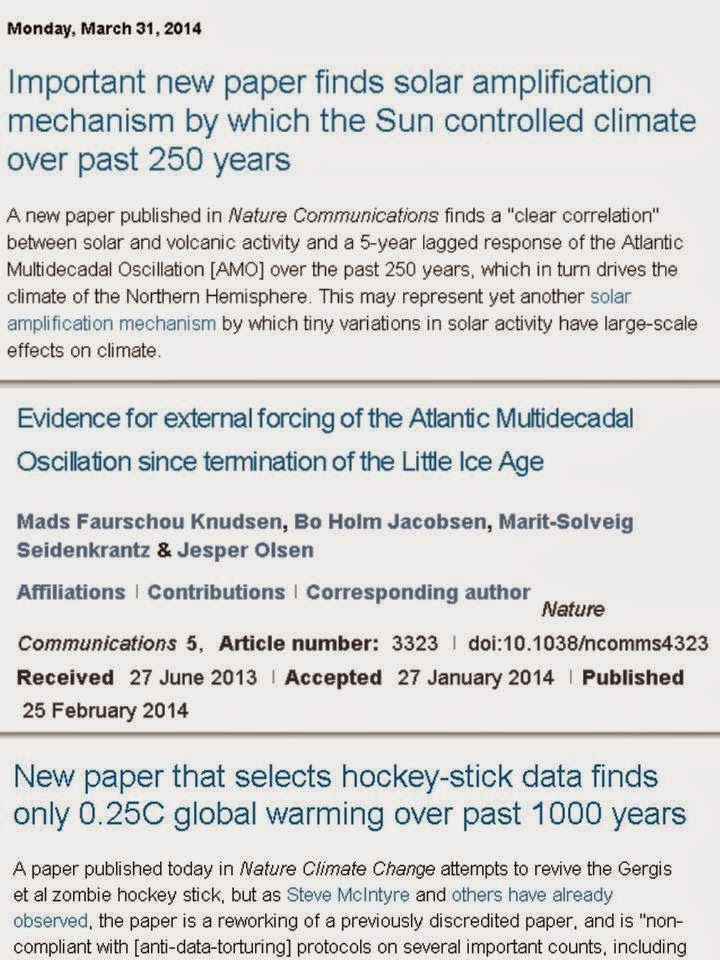 The UN, along with Al Gore, WWF, Greenpeace, etc. are indeed the planet's saviour. To further prove this statement, see here.
----------

Email ThisBlogThis!Share to TwitterShare to FacebookShare to Pinterest
Labels: AGW, Dr. Roy Spencer, global warming, No Tricks Zone, Watts Up With That

Where did wwup get FIG 11-25 from the fifth assesment?

there is NO SUCH FIGURE.

this is the website for all the chapters
http://ipcc-wg2.gov/AR5/report/final-drafts/