Inequality 19: Notes and Quotes on Globalization and Inequality

Reposting here some notes and quotes on the subject which I posted in the facebook group, Government and Taxes, Liberty and Responsibility last month.

Actually, the term "globalization eradicates poverty" may be wrong. Poverty may never be eradicated as there are many factors that contribute to it, including personal irresponsibility and laziness. A better term would be "globalization reduces poverty" and inequality among countries. Free trade can lead to factor price equalization (FPE) and commodity price equalization (CPE) across countries over the long term. 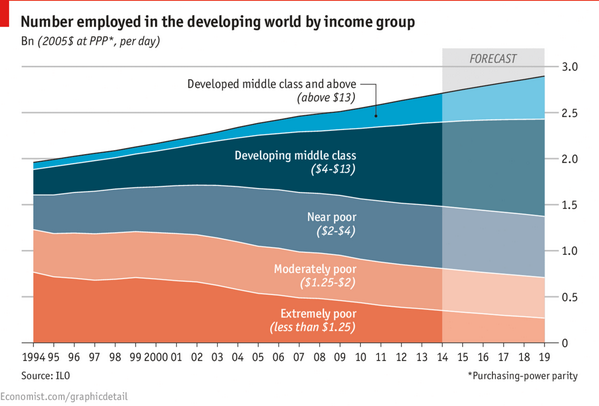 In a paper last May 8, 2014, Where is the Inequality Problem?, Harvard University economist Kenneth Rogoff wrote, 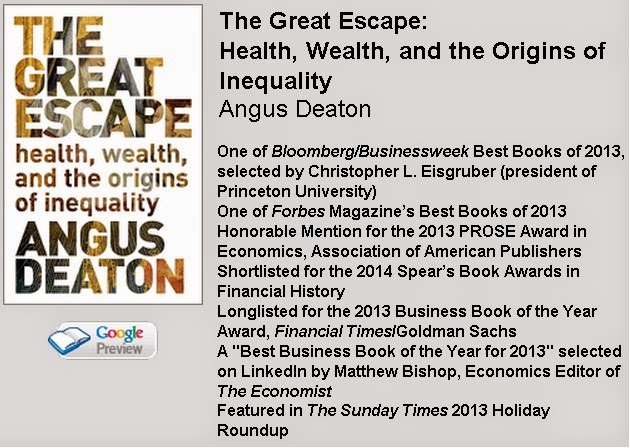 
... over the last few decades, several billion people in the developing world, particularly in Asia, have escaped truly desperate levels of poverty. The same machine that has increased inequality in rich countries has leveled the playing field globally for billions.... when it comes to reducing global inequality, the capitalist system has had an impressive three decades.

From EFN Asia, Globalization and Inequality: EFN Asia’s session in Jeju Forum for Peace and Prosperity 2014

... globalization is an inevitable phenomenon and a good one. It is the one that has helped mitigate the income inequality situation. Income inequality actually comes from not enough globalization and protectionism and monopoly. Thomas Piketty’s idea on global tax of wealth is plainly wrong.


The extremely wealthy are growing in numbers and entire industries are being created to cater to their desires but where are the individuals who are amassing vast fortunes based and what do we know about them? 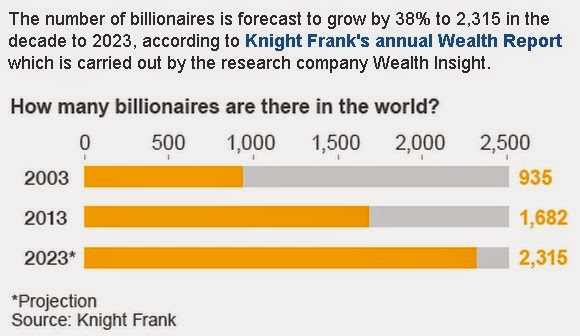 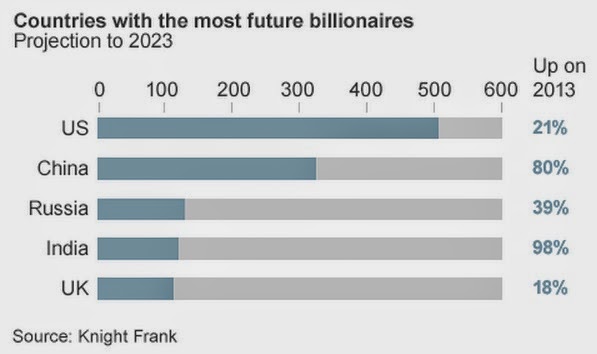 Multi-billionaire Edward Zhu, who moved to China from the United States two decades ago, says talented people should start from nothing and that is what he wants for his children. 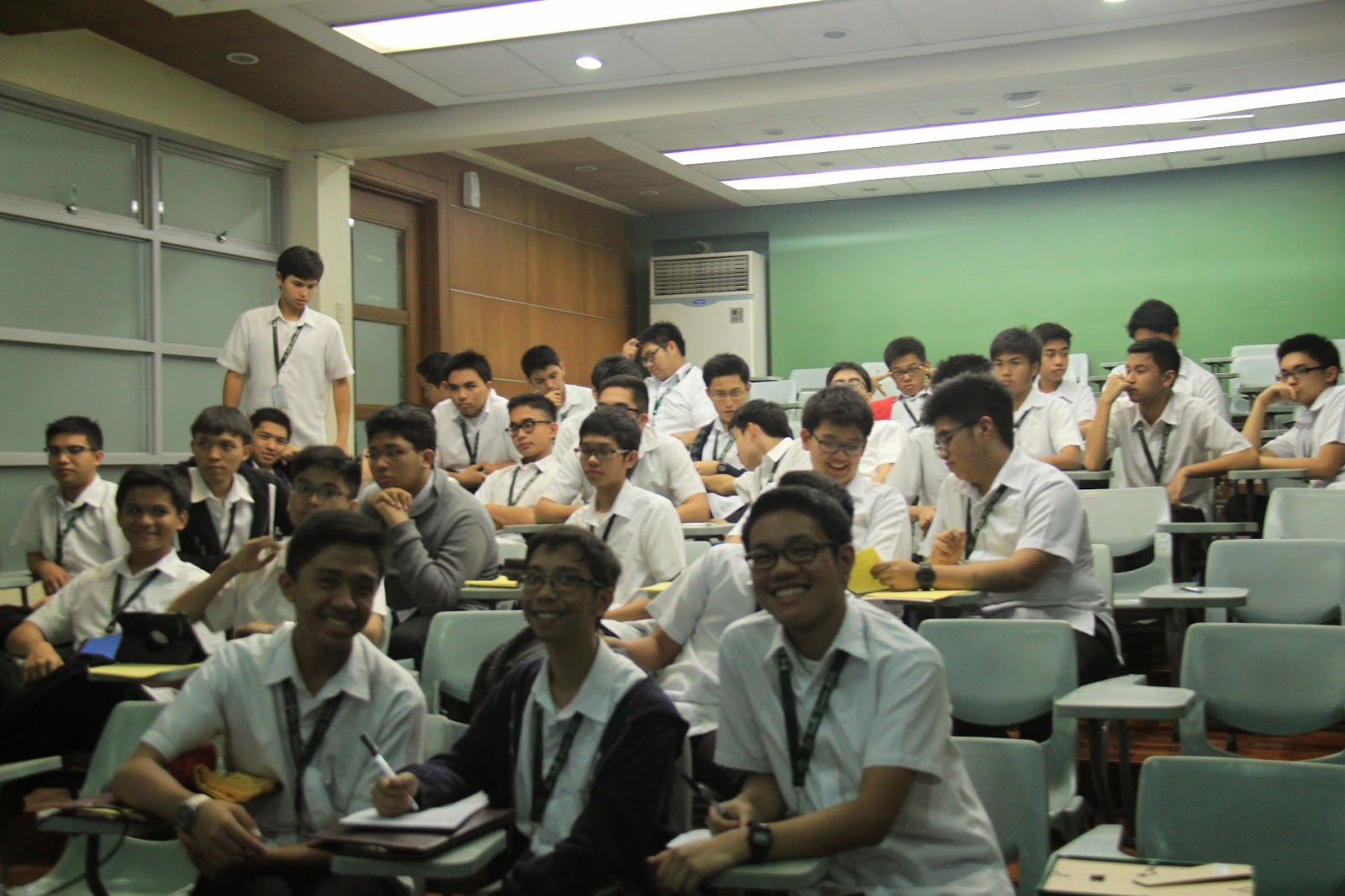 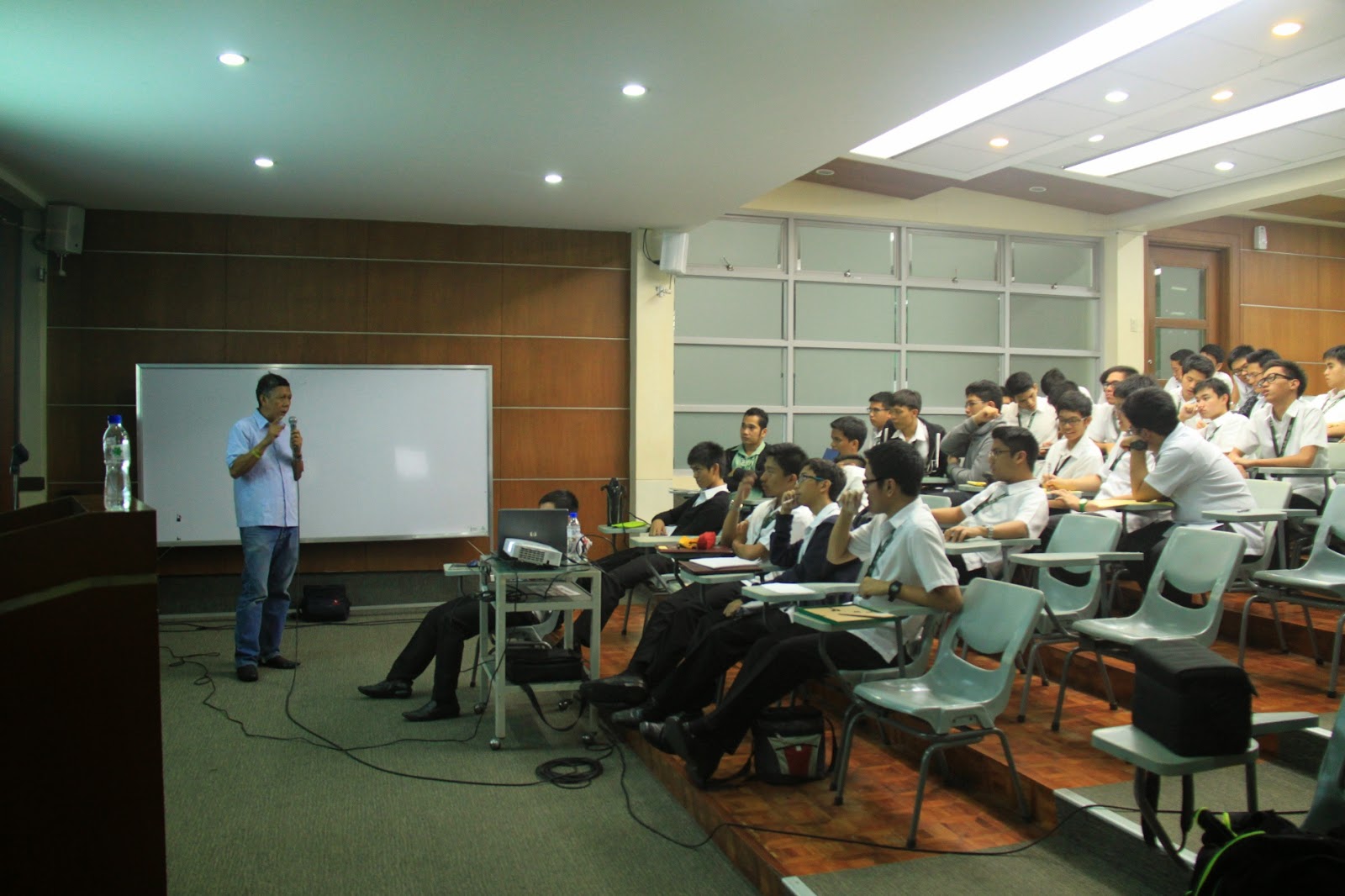 The officers of the Honors Class. Mike Roa, the class President, right most. He's the son of a batchmate from UPSE 1984, Malou Roa. 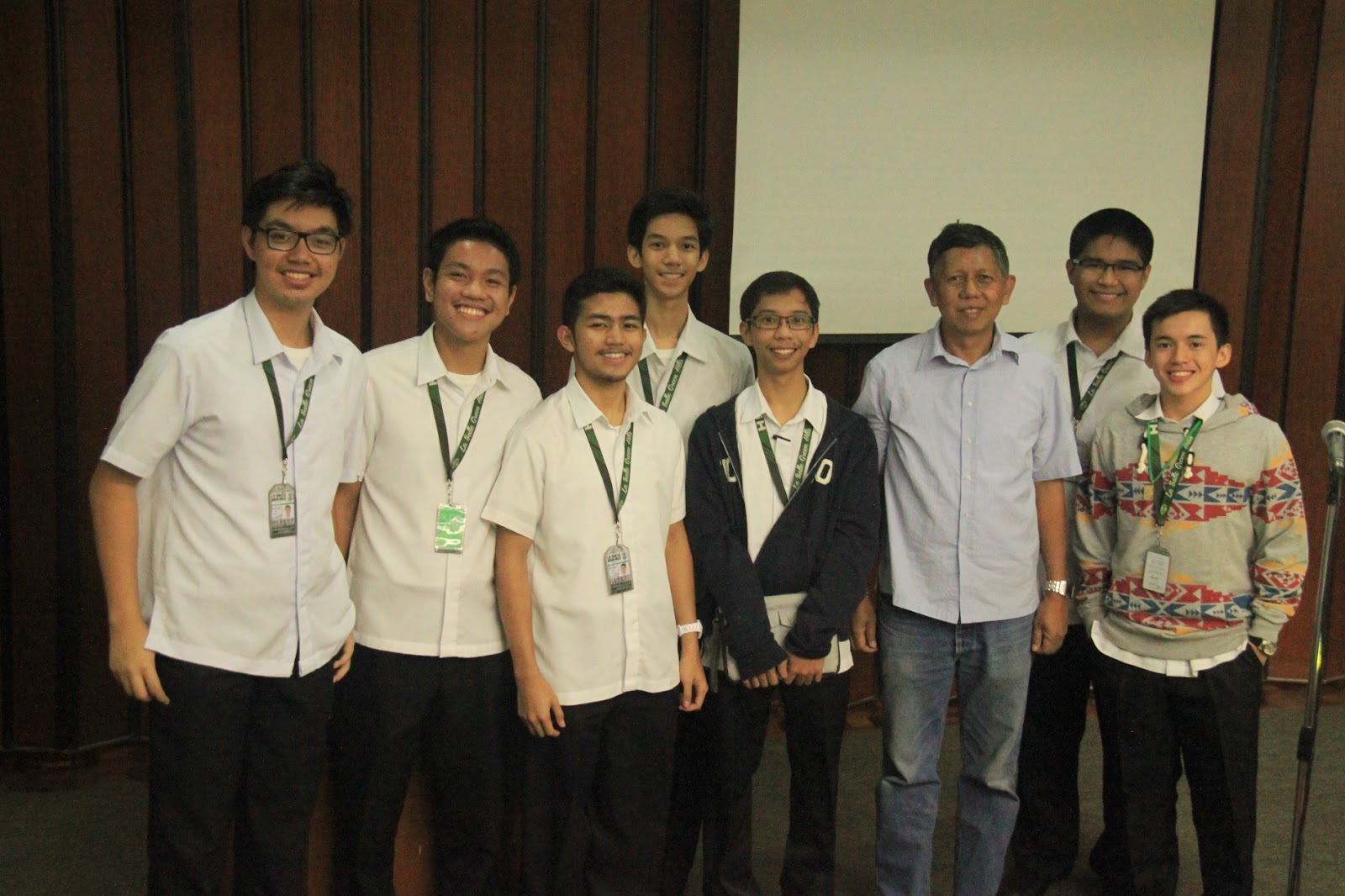 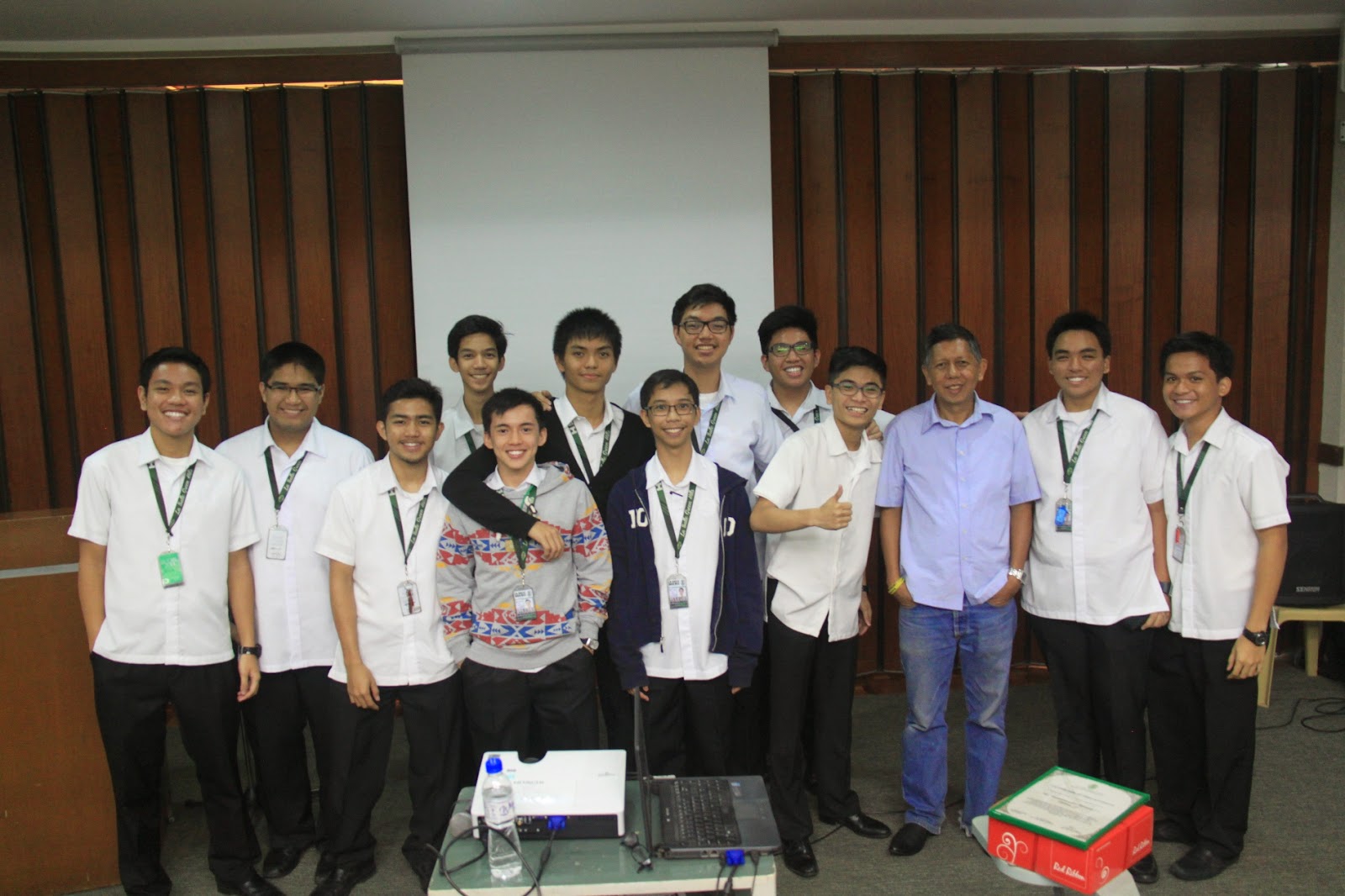