Agri Econ 14: NO to Further Extension of Agrarian Reform 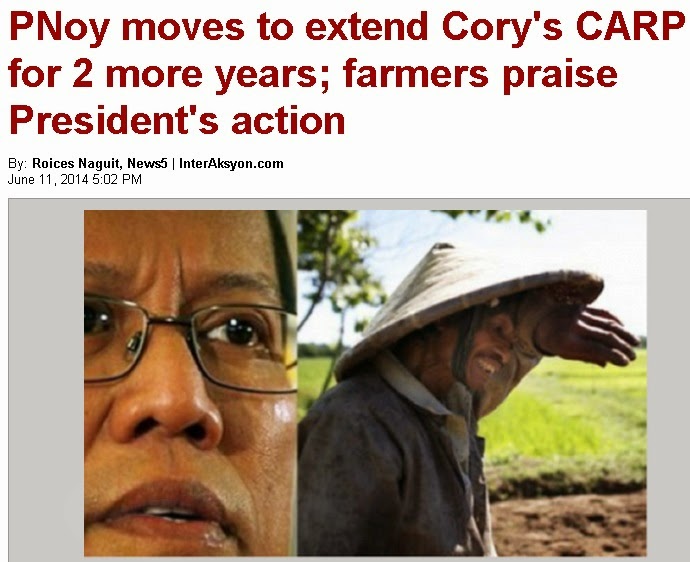 Three weeks ago, there was a report that after President Noynoy Aquino met with several farmer leaders, he was persuaded to have another extension of agrarian reform (AR) in the Philippines, from end-June 2014 (last weekend) to another two years, mid-2016.

This is wrong. Endless extension of forced land redistribution is wrong. Agrarian reform in Japan, S. Korea and Taiwan took only three years or less, zero extension. Here, it is 42 years now, plus two more years? Then extend again when the next administration comes to power?

If one has 10 hectares or more of inherited land from his parents, or he bought an idle and unproductive land for a bargain, and he wishes to jump into agri-business, most likely he will postpone doing it and keep the land idle in the meantime, or use it for pasture, other low value land use, just pay the real property tax at the municipal or city hall. Because if he develops it into high value crops farming, the Department of Agrarian Reform (DAR) will soon knock on his door to say, "As reward for making your idle land become productive, your land will be forcibly taken from you and be redistributed to your workers at low, DAR-valuation price."

When former President Marcos issued his AR program in 1972, it was "land to the tillers". I think it was in the Comprehensive AR Law (CARL) of 1998 that it was expanded to "land to the landless workers" as well.

Endless, no time table AR and forced land redistribution is among the major reasons why agricultural investment and development in the PH is low. There is high uncertainty of government coming in to forcibly take the land away from agri-businessmen and be given to workers who may have little or zero entrepreneurial skill and interest.

The populists and AR campaigners do not realize the damage to rural development of their advocacy. Rural entrepreneurship is not for everyone. If AR did not work well in the PH after 42 years, what makes the advocates think that it can work for the next two years or more?

Even if AR in the PH will be implemented for the next 100 years, it will not work, and some people will always blame the "landed elite", never the AR beneficiaries themselves, never the AR implementers, never the bleeding heart campaigners.

Assume that you are the landowner of 10 or 20 hectares that you inherited from your parents. Assume further that you voluntarily give away the land to me and a few other workers at a low price, and it so happens that I and my fellow AR beneficiaries' entrepreneurial skill will not even allow us to have a successful sari-sari store. So what do we do with the land that you gave? Most likely, something like 99 percent, we sill sell it to someone else so we can pay back the small price that you charged us, plus it can give me some money to buy a tricycle, expand my house or move elsewhere, plus buy a flat tv, new ref, etc. Then I go back to being a landless person. And AR is defeated.

When I was working at the House of Representatives in the 90s, I talked to one Congresswoman from Northern Mindanao. She said that a large rubber plantation in Basilan was successfully AR'ed, meaning the entire land was successfully and forcibly redistributed to the rubber workers. End of good story? No.

The rubber workers know little about marketing, finance and selling their produce, like who can buy their rubber at a good price and good terms, what new technology to maximize rubber output, and so on. What the AR beneficiaries did, they cut the big, mature rubber trees and planted bananas. And since the land may be conducive for rubber but not for bananas, output was low and so they were back to subsistence farming, but they are small landowners at least. End of somehow good news? No.


Meanwhile, Dr. Raul Fabella of UPSE wrote a paper, CARPER: A time to let go in BusinessWorld early this year.

CARP Extension with Reform (CARPER or RA 9700) which extended the 1988 Comprehensive Agrarian Reform Law (RA 6657) will itself expire in June 2014. By the end of 2012, 4.49 million hectares shall have been acquired and distributed. That figure represents 84% of the 5.37 million hectares targeted for distribution.

By 2014, the CARP shall have distributed 5.05 million hectares, leaving but 321,000 hectares or an accomplishment rate of 99%. By then 2.6 million farmers shall have gained some form of ownership to an average 1.2 hectares of land (this column owes much to Dr. Fermin Adriano’s “Sustaining the Momentum of Inclusive Growth in the Post-CARP Scenario”). One can argue that CARP and CARPER represent one gargantuan obeisance to the principle of equity: 202,000 hectares acquired and distributed per year for 25 years! 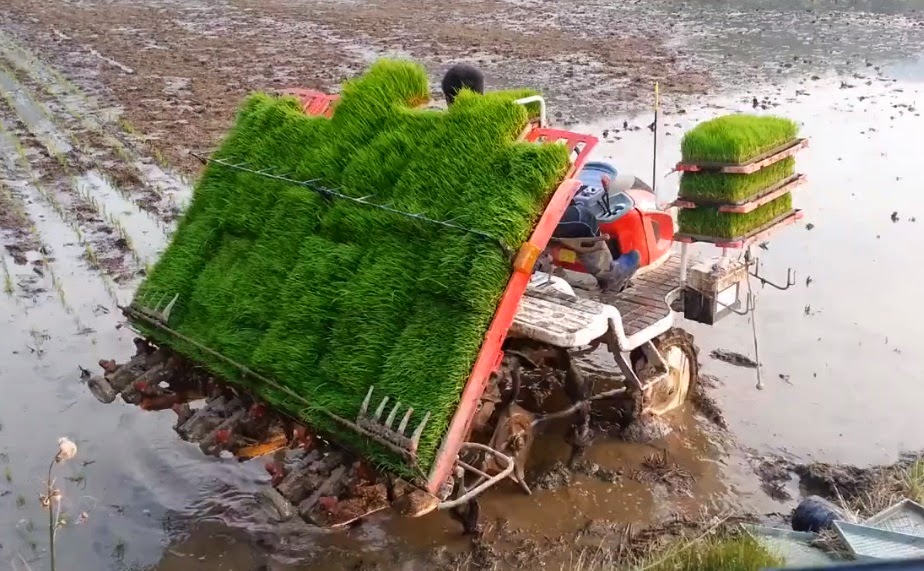 S. Korea did its own AR program in the 50s or early 60s, in just three years or less. Entrepreneurship plus modern technology allow the S. Korean farmers to have  high productivity. See this youtube clip. Rice planting, evenly spaced, is done by a small tractor.

It can be done too here in the PH, if corporate, large-scale and high tech farming is allowed and not demonized.

On another note, there is a similar debate in S. Korea as in the Philippines -- to retain rice protectionism. Consumers want cheaper rice via rice trade liberalization, rice producers (or perhaps agri NGOs and other protectionist NGOs, accredited rice importers) want expensive rice via trade protectionism. Contained in this news report. 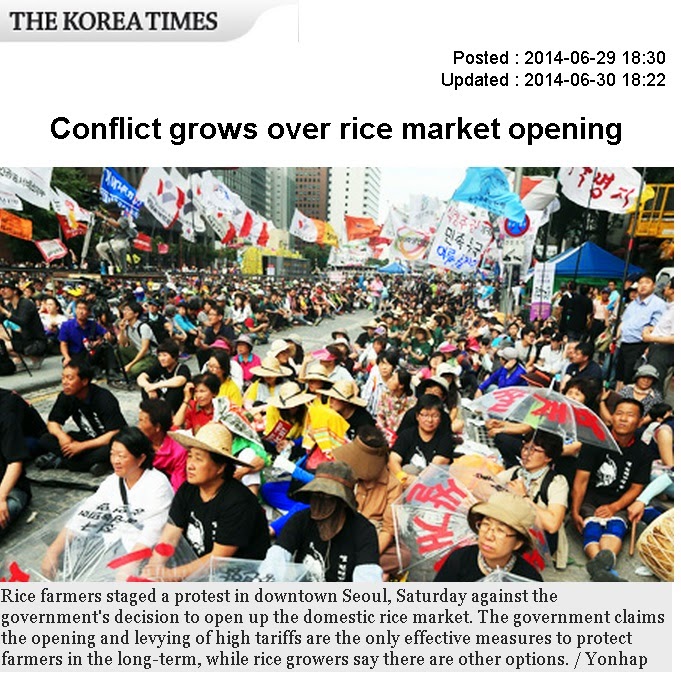 Protectionism is wrong. It penalizes the consumers, the majority of the population. And even rice producers themselves are net consumers on some months, like when they have a bad harvest, or a strong storm or huge pest attack damage their crops.

Aside from corruption, an incompetent government, anti-farming provisions(cannot sell, buy or borrow over the land), agrarian reform will never work in the Philippines because the farmer beneficiaries themselves are too old(averaging 57 years old), too inexperienced(lifelong employees and zero in business, and Free Trade is coming(cheap goods entering next year) which will wipe out Philippine agriculture if government cannot maintain tariff restrictions anymore.

What do you expect when you have an entire bureaucracy, both in and out of government, that makes a living out of agrarian reform? There is simply no way that they will stand up and say "Yes, the job is finished. Agrarian reform is done. Please take my job away. I want to be unemployed."