Today, Australia officially killed the onerous and climate alarmism law, carbon tax. I am posting below portions of selected news reports on the subject. 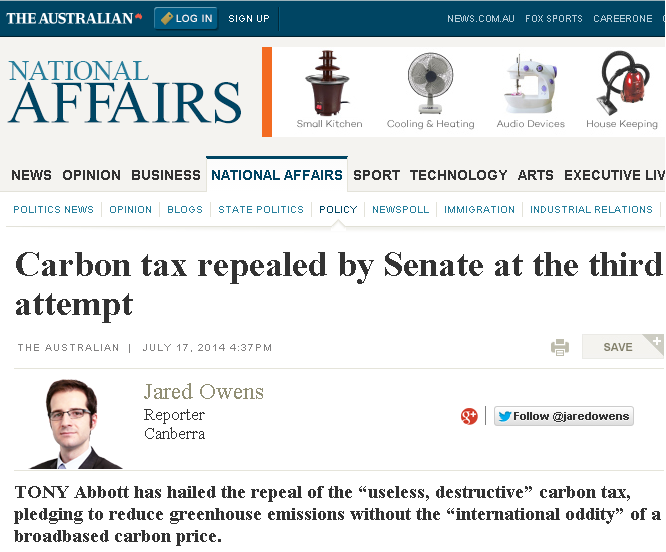 From The Australian today,

The Prime Minister, while claiming victory after a five-year campaign against carbon pricing, also launched a new campaign against the Labor Party’s promise to take a replacement emissions trading scheme to the next election. 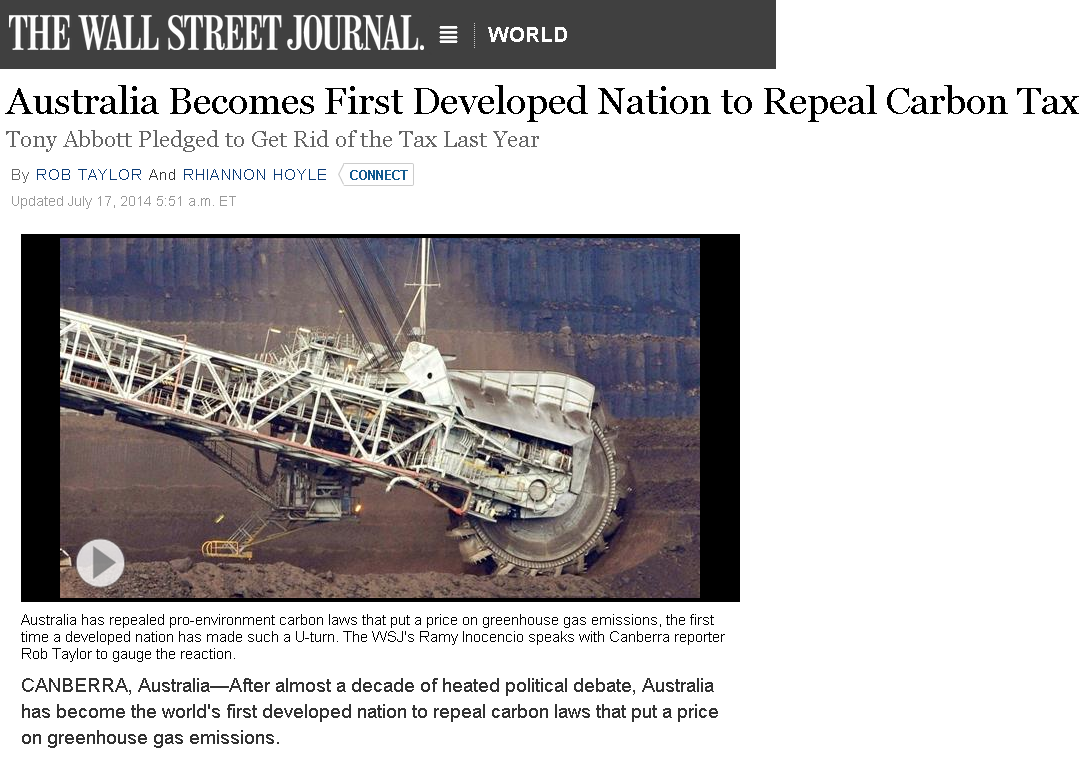 And from the WSJ today,

"He said the carbon price was acting as a A$9 billion a year handbrake on the economy, which was adjusting to the end of a record mining investment boom that helped shield Australia through much of the recent global economic downturn....

The carbon tax has affected industries ranging from mining and energy to aviation, and was widely opposed by manufacturers and a majority of business representative groups including the country's main chamber of commerce....

Airline operators also said they had been hurt badly by the tax, at a time when intensifying competition in Australia's domestic travel market was already driving down ticket prices. Virgin Australia Holdings Ltd. VAH.AU 0.00% said it lost A$27 million in the six months through December 2013 due to the carbon tax, saying it couldn't pass costs on to passengers because of stiff market competition. It reported a first-half loss of A$83.7 million."

Earlier, WUWT, June 10, 2014, noted the alliance between the two leaders of Australia and Canada. 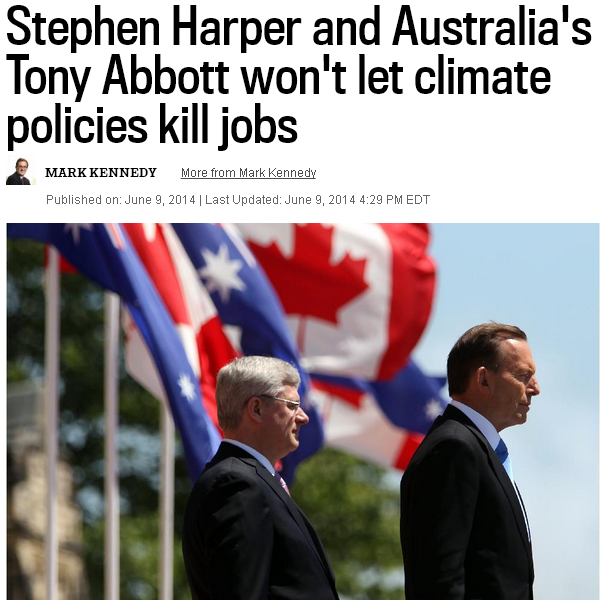 Abbott, whose Liberal party came to power last fall on a conservative platform, publicly praised Harper for being an “exemplar” of “centre-right leadership” in the world.

Abbott’s government has come under criticism for its plan to cancel Australia’s carbon tax, while Harper has been criticized for failing to introduce regulations to reduce greenhouse gas emissions in Canada’s oil and gas sector.

Abbott, who is visiting Canada for talks with the country's prime minister and his close friend Stephen Harper, said efforts are underway to form a new "center-right" alliance under the leadership of Canada, UK, Australia, India and New Zealand....

In a report by the Sydney Morning Herald, it said the alliance may be a "calculated attempt" to push back on what both Mr Abbott and Mr Harper sees as a "left-liberal agenda" to raise taxes and "unwise" plans to address the issue of global warming. 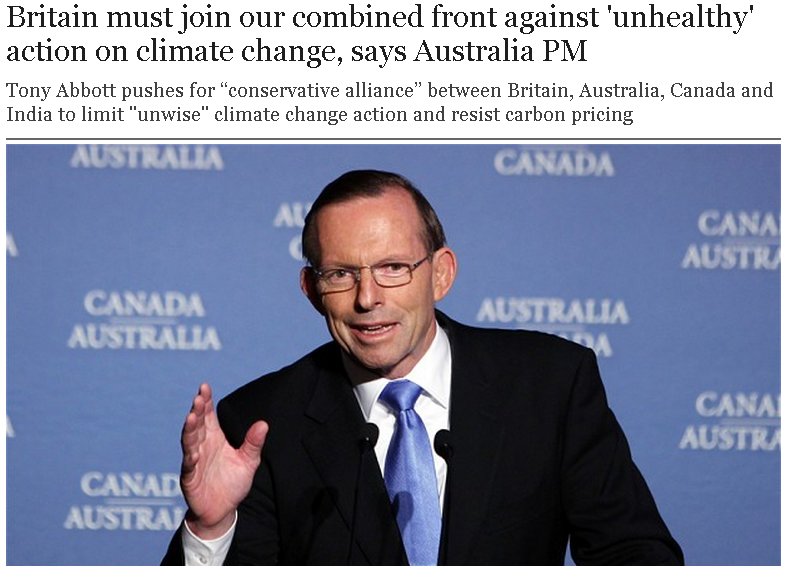 ""Like-minded” countries such as Britain, Canada and India should form a conservative alliance with Australia to limit action on climate change and to prevent the introduction of carbon pricing, the country's prime minister Tony Abbott has said.

16 Sep 2013 09:40 Last updated: 16 Sep 2013 09:51
BEIJING, Sept 16 (Reuters Point Carbon) - The new Australian Cabinet will be the first in six years to not have a ministerial role for climate change issues, merging instead global warming with the wider environment portfolio.

Announcing his Cabinet on Monday, incoming Prime Minister Tony Abbott appointed Greg Hunt, the Liberal-National Coalition’s spokesman on climate change issues since 2009, as the new Minister for the Environment. 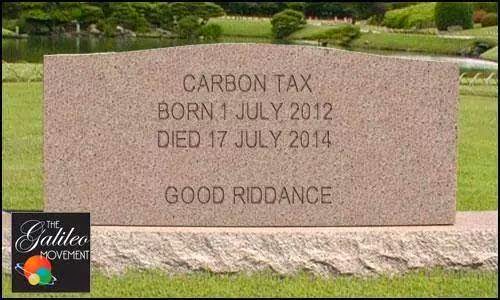 I hope that other developed countries will realize the folly of making things, from electricity to manufacturing to mining to flying and tourism, become more expensive than what they should be. People want affordable products and services so they can live a more prosperous, more comfortable life. It is the reward for their hard labor and work efficiency.
----------