Last Wednesday, I attended a Citizen Watch round table discussion on "An Economic Reform Agenda for ASEAN Competitiveness" organized by the Stratbase Research Institute (SRI), a Makati-based think tank. It was held at the Tower Club, 33rd floor of Philam Life building. I think it was my first time to see that place. Nice.

Only 10 of us were invited, nine came.Photo below, from left: Dr. Epictetus "Lingling" Patalinghug of the UP College of Business Administration and Foundation for Economic Freedom (FEF) fellow; Calixto "Toti" Chikiamco, President of the FEF; Dr. Dindo Manhit, President of SRI, Dr. CP David of UP NIGS and PBEST; me, and Ms. Nelia Halcon, Executive Director of the Chamber of Mines of the Philippines (COMP). 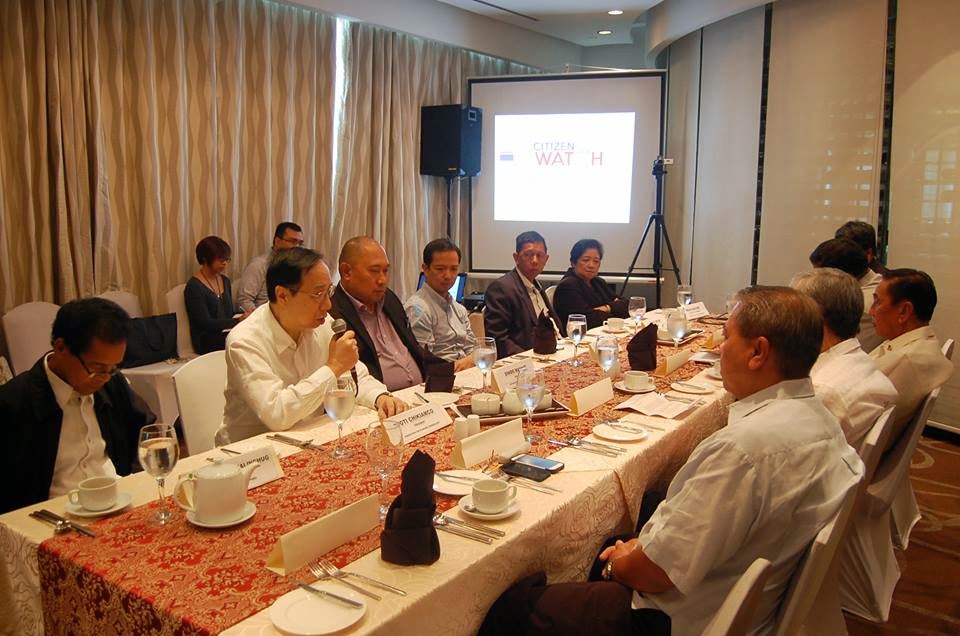 The forum was moderated by Orly Oxales, Exec. Dir. of SRI while Dindo gave the opening message. Orly asked us to give a 3-5 minutes insights on how to achieve further PH and ASEAN competitiveness.

On the side, from left: Cong. Rey Umali of Oriental Mindoro, and Chairman of the House Committee on Energy, Sergio Luis Ortiz, President of the Philippine Exports Confederation (PhilExport), Salvador "Jun" Enriquez, former DBM Secretary and now CPRM Consultant, and George Chua, President of the Federation of Philippine Industries (FPI). 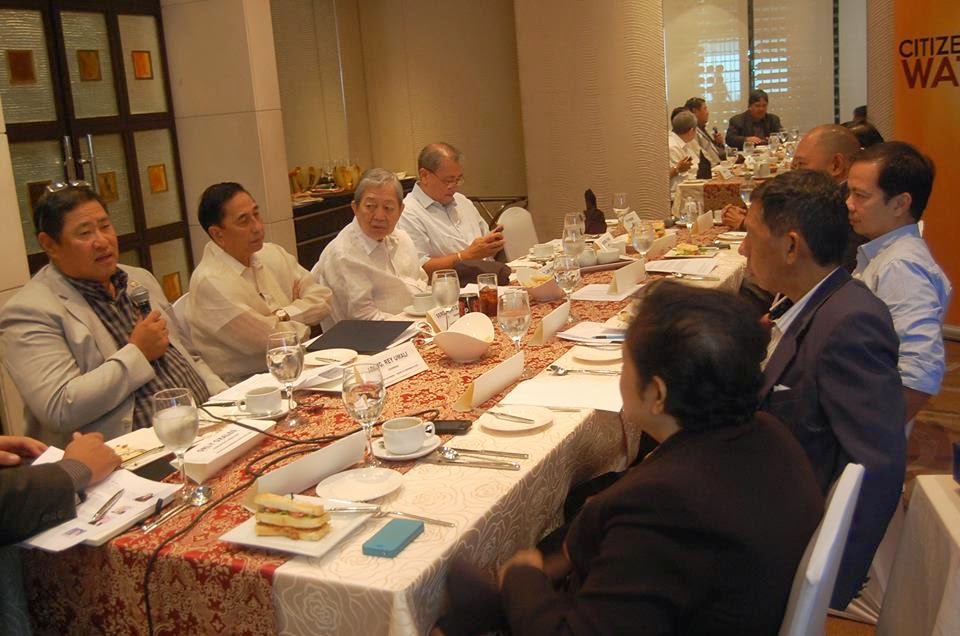 I prepared a paper, "Taxation, Regulation, Trade and Rule of Law: Reform Challenges for the Philippines and ASEAN Competitiveness", 12 pages including 9 tables and 2 charts. SRI printed and circulated it among the participants. Dindo liked it too, SRI will publish it in their website soon.

Below, CP David speaking. He narrated that aside from being an Earth scientist, he is also helping his wife in their business, running a pre-school, and the hard life of being an entrepreneur being pressured to submit many requirements to get various permits from various government agencies, and the burden of paying various taxes and fees. 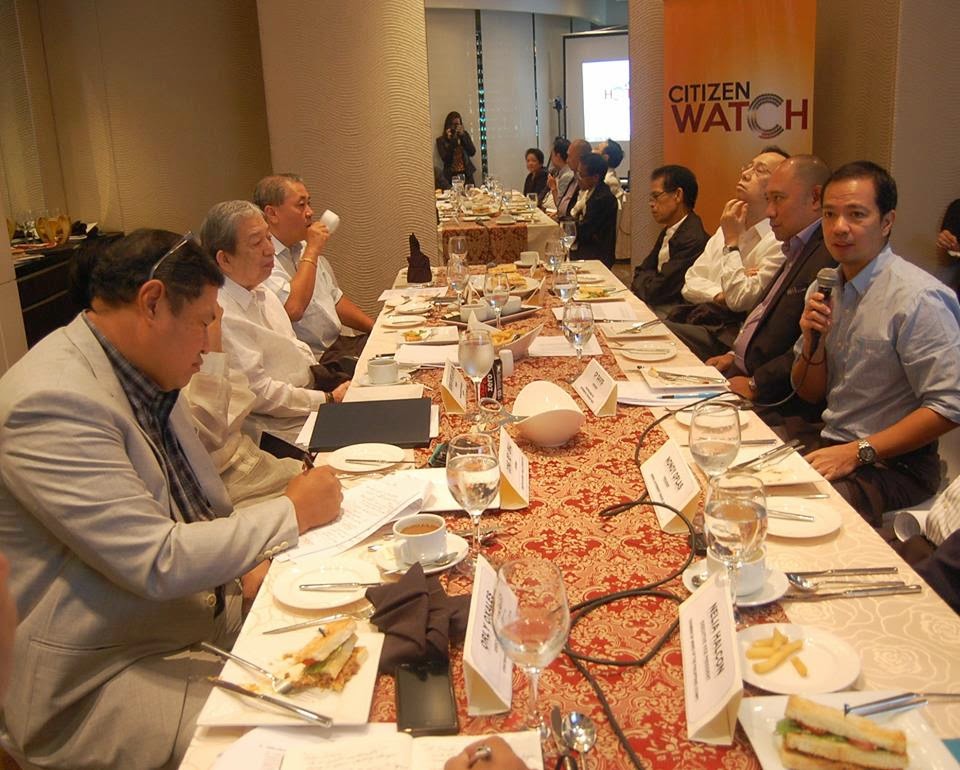 George Chua discussed how the various bureaucracies, local and national, can be non-friendly to entrepreneurs. He cited one case, his importation. Because of the truck ban on certain hours by the Manila City government (Mayor is convicted ex-President Erap Estrada), there is huge congestion of cargos and ships at Manila international port. The ship that carried his imported goods arrived last June 5, but it was able to dock and unload the cargo only on June 12, and he was able to finally get the shipment last July 2. Productivity losses are huge.

The number of documents required by the BIR has also multiplied in recent years. So it is not only the actual taxes and fees to pay that have increased, but also the cost of compliance. 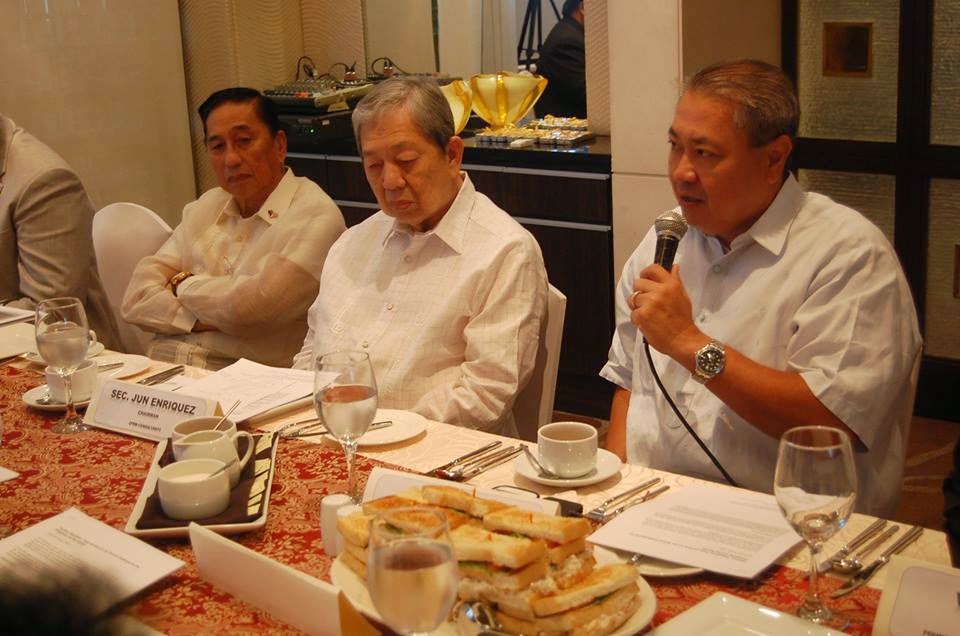 It was a great forum. Thanks again to Dindo and SRI for inviting me there. They will publish highlights of the discussion in their website soon.

All photos above I got from PBEST facebook page.
Posted by Bienvenido Oplas Jr at 11:44 AM

Thanks for posting sir:-) - Mikee Maralit