Another good article from Wan, CEO of IDEAS in Malaysia, reposting. The photos I just added here and not part of the original article.
--------------


Lessons from the TPPA debate
by Wan Saiful Wan Jan. First published in The Star 2 February 2016

I am pleased that our parliament has voted for Malaysia to sign the Trans Pacific Partnership Agreement (‪#‎TPPA). Over three days, both the Dewan Rakyat and Dewan Negara debated the issue and the government won the vote in both chambers.

However I am very disappointed by the way the vote was won. Members of both chambers voted according to their party stance. Both BN and the opposition voted in according the party lines.

If the parties had decided to use the parliamentary whip, then why hold the special session at all? It was a waste of time and money because ultimately no one used any brainpower in making their decisions. Their parties decided for them.

Together with colleagues from IDEAS, I was in parliament on the day of the special sitting to persuade the MPs to support our entry into the TPPA. I met some BN MPs who were against the ‪#‎TPP and I also met some opposition MPs who were supportive of the TPPA. It was a shame that none of them could speak their true mind in parliament.

I would have preferred for the elected representatives to follow their conscience. Then the special session would have meant something.

Nevertheless now that the vote is over, let us take stock of what happened. If we look at the past three years leading up to the vote, we must say kudos to the anti-liberalisation activists spearheading the campaign against the TPPA. They were persistent, consistent and determined. 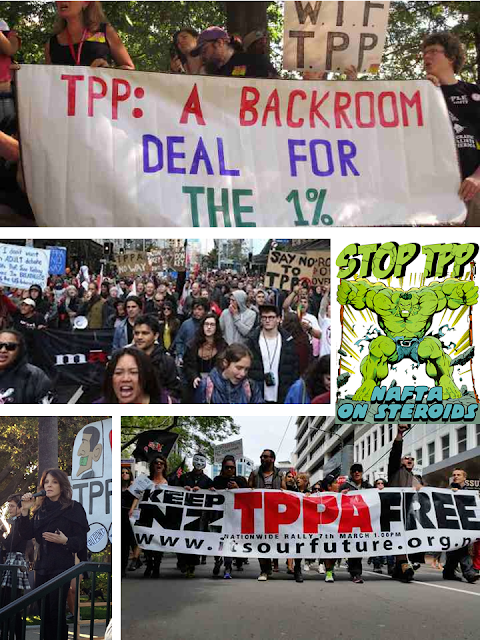 The anti-liberalisation movement operates globally and have never failed to mobilise demonstrations when major trade deals are being decided. There have been anti-liberalisation rallies at the meetings of the World Bank, G8, the World Trade Organisations, and more, in various countries around the world. The movement has now become more organised in Malaysia.

Their strategy is almost always the same globally. Focus on spreading doubts and fear. Repeat the same mantra over and over again. Tell the public that the issue is too complex for anybody to understand it all. Organise the campaign early and don’t wait for the official text because the actual enemy is liberalisation while the actual text is just a tool.

Force the public to compartmentalise the issues rather than analysing the deal holistically. If one issue is answered, quickly move on to the next one without acknowledging the clarification for the earlier issue. Use selective data and statistics, and discredit others’ studies using any means necessary. Ask detailed questions like “what is the impact of ISDS?” but spread a generic message such as “America is evil” so that while the other side is busy explaining boring technical facts, they can focus on their more “sexy” rhetorical propaganda.

As a campaign strategy, they were effective. Many MPs I spoke to expressed fear to vote for the TPPA because they felt that they would be voting against “the people”. The anti-liberalisation activists campaigned loud and long enough to create the impression that they represent public opinion.

The reality is the opposite. A Pew Research Centre Spring 2015 Global Attitude Survey asked Malaysians “Would the TPPA be a good thing for our country or a bad thing?”. Only 18 percent said that it would be a bad thing.

The main lesson I learnt from the whole saga is that you cannot allow others to determine how you dance. If you try to do that, you might win some battles but you will not be able to cope in the overall war.

In the case of the TPPA, yes parliament may have passed the motion for us to sign it. But that is just one tiny battle. I am pretty certain that if we check the general temperature in the country now, we will find that the anti-liberalisation sentiment has been strengthened. In the overall effort to liberalise the economy, pro-reform initiatives are not winning and may have become weaker.

As a result, we shouldn’t be surprised if a more organised opposition is mounted when we go into FTA negotiations with the EU, the European Free Trade Association, other RCEP partners, and more. The TPPA experience has emboldened the anti-liberalisation groups and they will become more effective in the future.

But please don’t get me wrong. I am not at all saying that this is a negative development. On the contrary I feel it is healthy that the public policy arena is becoming more hotly contested. It is a sign of a maturing society. Now those who want to see less protectionism and more competition to benefit the consumers must become more organised too.

And let me make another important clarification too. Even though I think these anti-liberalisation campaigners are wrong, I believe they are good people who are passionate about their cause. They are campaigning not because they want to damage this country but because they love it.

What we need to do is to continue the debate on public policy in a healthy way. Differences are normal and when it comes to public policy, there will always be contestations.

Most of the thought-leaders at the top celebrate these differences. They can challenge each other in a heated argument, while sipping a friendly teh o ais and munching pisang goreng. Just as those higher up can be civil to one another, so must we.
----------------