Among the theoretical presentations during the EFN Asia Conference 2015 in Bhutan was made by Tom Palmer of Atlas. Reposting some slides and other discussions, in italics, below. 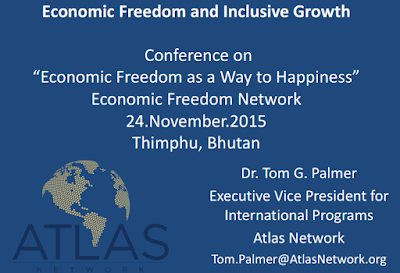 Happiness and Satisfaction.
Happiness, if understood as joy or contentment, it may be present today and gone tomorrow.
Life satisfaction, on the other hand, seems both more stable and easier to compare across cultures. 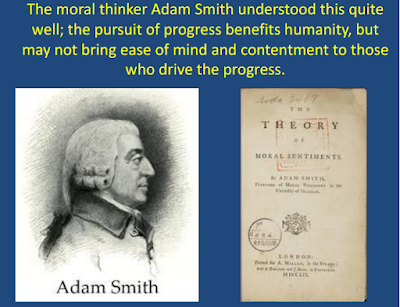 “The poor man's son, whom heaven in its anger has visited with ambition, when he begins to look around him, admires the condition of the rich.. ... He thinks if he had attained all these, he would sit still contentedly, and be quiet, enjoying himself in the thought of the happiness and tranquillity of his situation. He is enchanted with the distant idea of this felicity. …. To obtain the conveniencies which these afford, he submits in the first year, nay in the first month of his application, to more fatigue of body and more uneasiness of mind than he could have suffered through the whole of his life from the want of them. … With the most unrelenting industry he labours night and day to acquire talents superior to all his competitors. … he makes his court to all mankind; he serves those whom he hates, and is obsequious to those whom he despises." -- Adam Smith, The Theory of Moral Sentiments 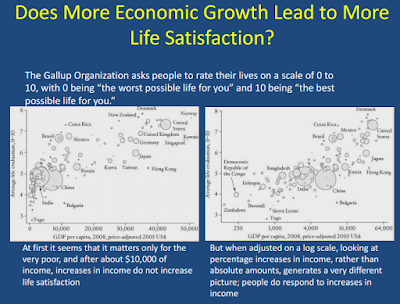 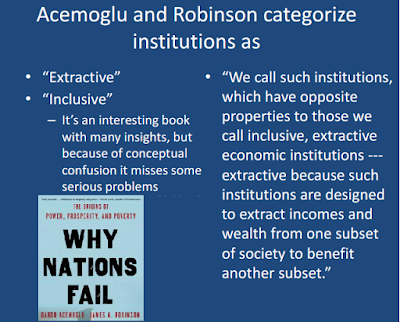 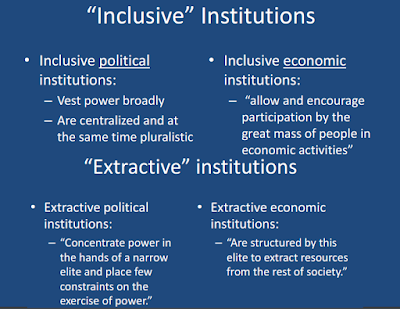 There are some problems with their analysis


• And inevitably – Results in cronyism and empowered elites

The damage of extractive regimes can be undone, however, with a program of inclusive economic growth
• Democratic and broadbased reforms that make clear promises of shared prosperity can succeed
• Inclusive politically because they are broadbased and pluralistic, &
• Inclusive economically because they “allow and encourage participation by the great mass of people in economic activities” 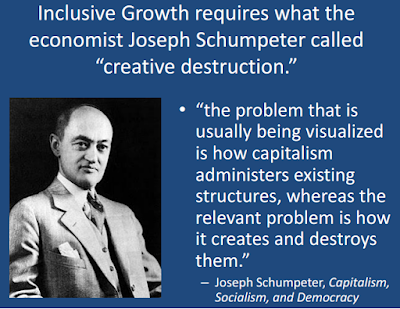 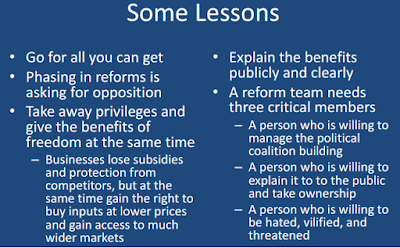