I just found a hard copy of my paper presented at the 1st Pacific Rim Policy Exchange, held at Sheraton Waikiki Hotel, Hawaii, in late May 2007 or nearly 9 years ago. The event was jointly sponsored by the Americans for Tax Reforms (ATR), Property Rights Alliance (PRA), International Policy Network (IPN), Grassroot Institute Hawaii (GIH), and a Japanese foundation.

Below is the 5-pages Annex of my paper, the list of PH GOCCs and GFIs. Those that were fully privatized, those that were retained. 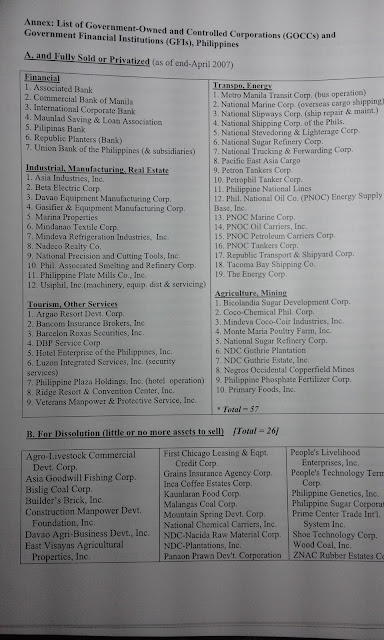 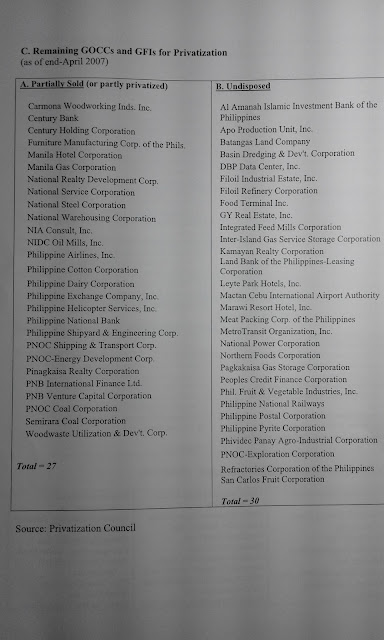 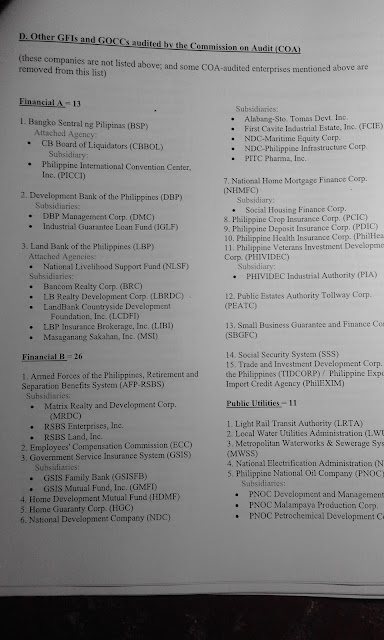 One big problem in government for taxpayers -- once a government agency, a bureau or department or corporation or university, etc. is created, they almost always become permanent. If they lose money (very often they do), no problem for them because the DOF and Congress will simply set aside and appropriate money to bail them out. 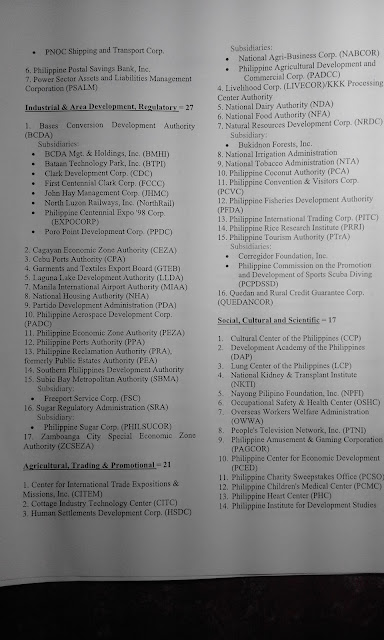 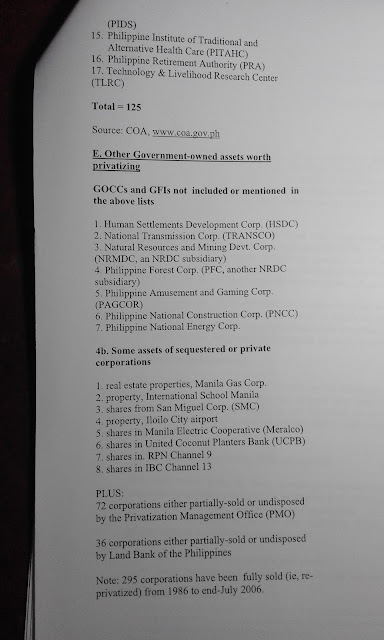 This list is from the Privatization Management Office (PMO), as of April 2007. 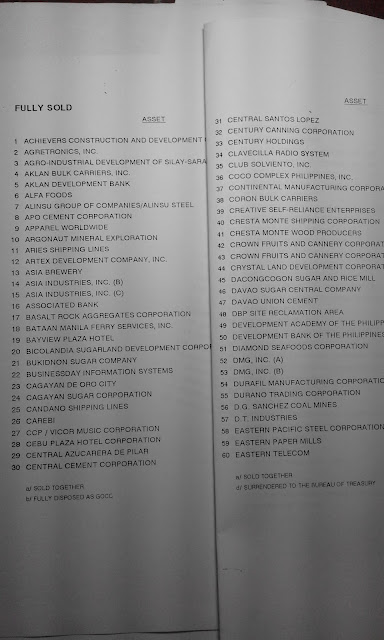 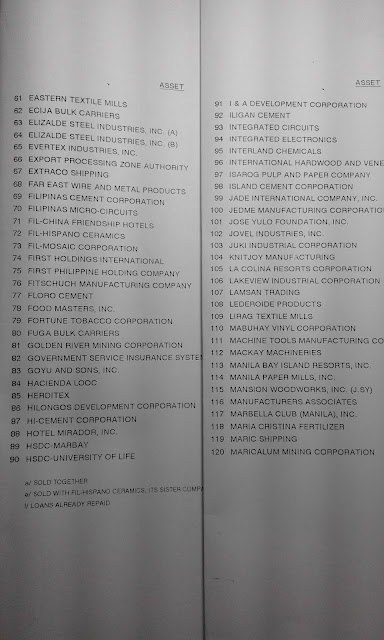 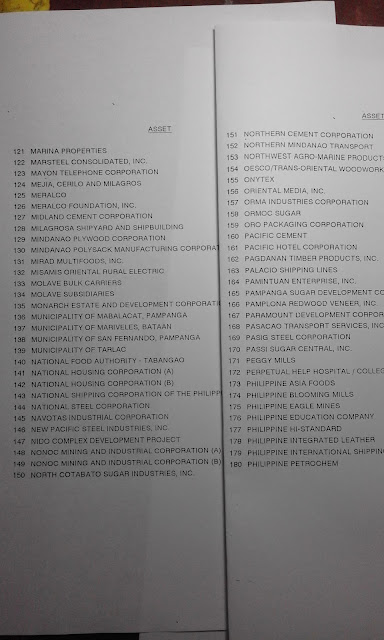 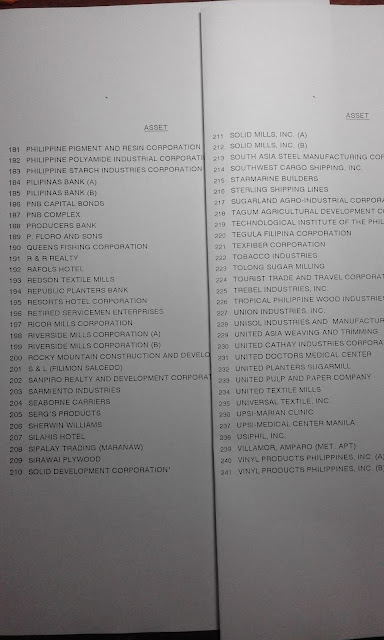