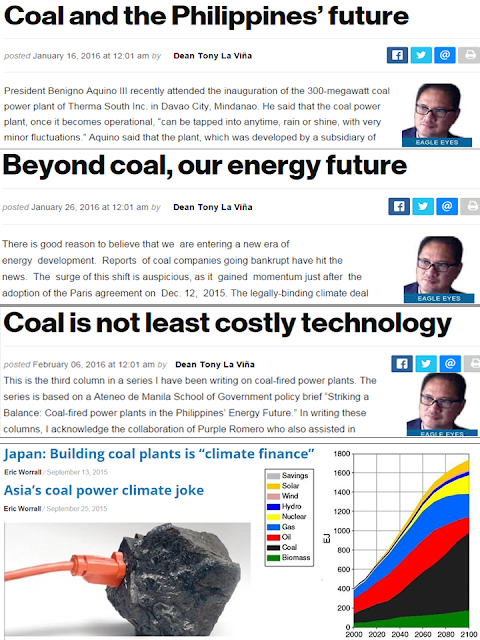 The various "planet saviours" celebrated big time last December during the UN FCCC's COP 21 in Paris, saying they signed a deal that will further limit fossil fuels like coal. But look at the chart -- coal power is projected to experience the biggest rise and share to total global energy use. See WUWT, Is our certain fate a coal-burning climate apocalypse? No! July 21, 2015.

In Tony LV's article today in The Standard, Coal is not least costly technology, he argued that

"When we factor in the environmental, health and social impacts of coal on communities—as we should—operating coal-fired power plants bear costs that are unfortunately paid for by people who will be affected the most by the ill effects of CFPPs. These costs are not often accounted for in the electricity price because they are considered externalities."

Really? The clear alternative to coal aside from more natural gas (another fossil fuel) is frequent brownouts, frequent electricity outage. And what happens if there is frequent brownout? (a) More crimes at night as criminals love darkness, (b) more road accidents, (c) more fires as more people use candles, and (d) more air and noise pollution as more people buy and use gensets that noisily run on diesel.

Why? Because electricity from coal comprises more than one-half of actual power production in Luzon grid including Metro Manila in the first half of 2015. Another fossil fuel, natural gas, produced nearly one-third of the grid's actual power generation. In the Visayas grid, coal produces almost 40% of power generation there. 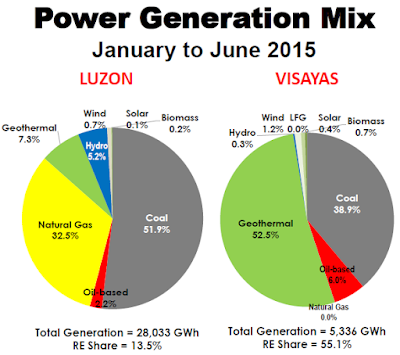 "In a previous column, I described how these pollutants harm the environment; the same also result in adverse health impact. Long-term effects of pollutants from CFPPs include respiratory, cardiovascular and neurological diseases." 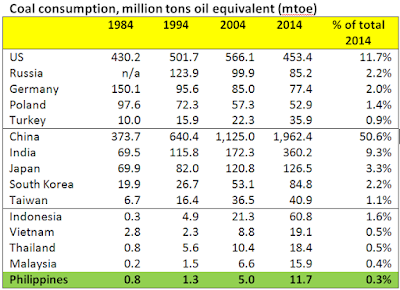 Among the silent goals of anti-coal alarmism and emotionalism is to have more climate junkets, endless global junkets, for many years and decades, as "planet saviours" and climate negotiators. Even Japan considers high tech coal plants as saving the planet. More than 1,000 new coal plants in Asia alone coming up. http://wattsupwiththat.com/.../japan-building-coal.../
-------------