The 4th Asia Liberty Forum 2016, #AsiaLF16, has successfully ended in Kuala Lumpur last Saturday night. Among the important panel discussions was the one on “Protecting Yourself Against Daylight Robbery -- Current Challenges to Property Rights”. 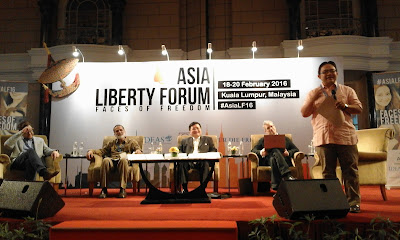 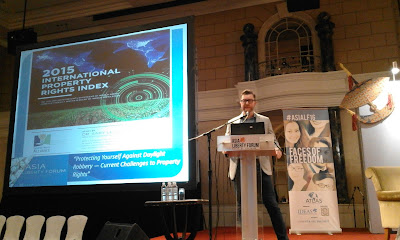 Barun talked about fighting for property rights of poor rural workers and households in their tilled land in India. 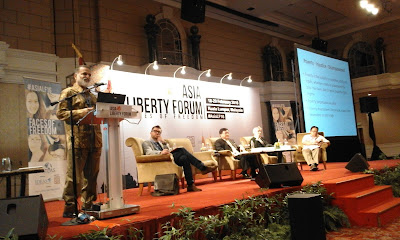 Julian talked about IPR, especially of trademarks and company branding. His paper title was witty, "Marks vs. Marx", the former refer to trademarks, the latter refer to IPR confiscation and stealing/socialization. 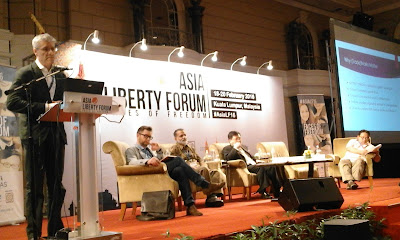 Among the slides shown by Julian. An example of a medicine whose products and corporate brand/logo was copied and stolen to sell substandard or fake medicines, which can have serious or even fatal consequences to patients.

Plain packaging of cigarettes, the logo and brands of Winfield and Marlboro were removed, only their product name is displayed. Further below, when plain packaging is applied on softdrinks/soda and beer. 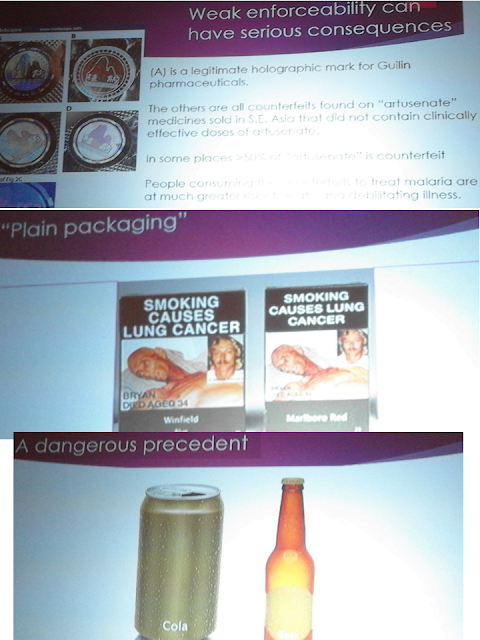 I don't smoke, never smoked my entire life, I derive zero pleasure in smoking, but I respect other people's decision to smoke. It's their life, their body, they can do whatever they want with their life so long as they do not harm other people, like puffing heavy smoke in an enclosed room with many non-smokers inside.

I think people should not smoke, but if they decide to smoke because they derive some pleasure in smoking -- the same way that I derive pleasure in drinking with friends, frequently when I was still a bachelor, and seldom now with a family and 2 young girls -- then their freedom to choose which cigarette products or brands to take should not be curtailed by the government.

After all, the government is a huge hypocrite institution that says "promote public health, discourage smoking and drinking" on the left hand, then happily and gleefully collects billions of pesos or dollars of "sin tax" revenues every year from more smokers on the right hand.

Meanwhile, I am thankful again to EFN Asia and FNF regional office for giving me a travel grant to attend the 4th ALF. Thanks Siggi, Pett, Jules.
--------------