Pork Barrel 12: Why DAP is Wrong

These are my notes about the Disbursement Acceleration Program (DAP) last week, posted in my fb wall.
---------

DAP is wrong. Not for constitutional issues (I leave that to my lawyer friends) but for fiscal and economic issues. Those "idle"  funds were not there in the first place; they were borrowed money. If DAP is P100 B and government borrows P300 B a year, then if DBM/Malacanang left those "idle" funds unused and unspent, then govt borrowing should be only P200 B or less. 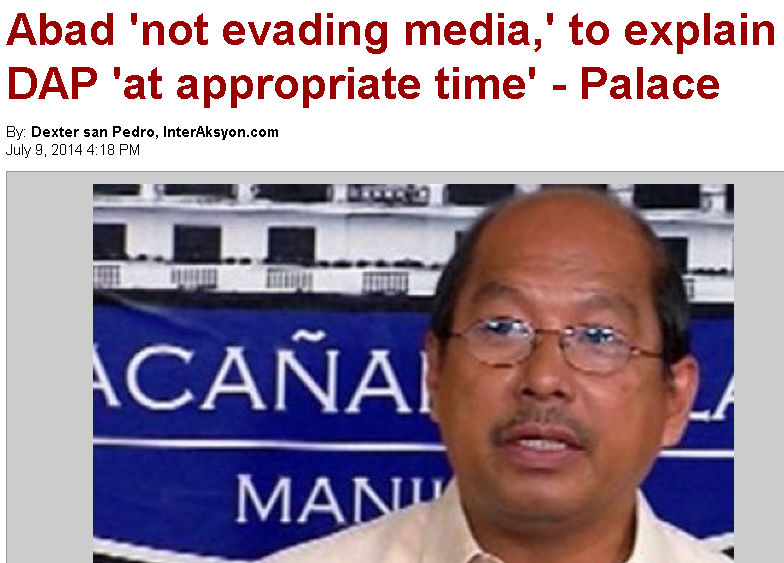 DBM Sec. Abad said at the Senate hearing last week that  "DAP is made on the principle, 'use it or lose it.'" DBM and Malacanang used it. Wrong. They should have "lost" it, by not spending it; in the process, remove the need for borrowing the same amount.

Sorry Sec. Butch but your arguments are faulty. If you "use" it for bleeding heart programs like giving free medicines to the sick and dying, drainage and bridges against flooding, then cutting borrowings, reducing the public debt stock and sparing the pockets of future taxpayers, and reducing current annual interest payment of about P330 B a year, is an even better bleeding heart goal.

Even if 100 percent of the programs funded by DAP are good, not a single centavo of it was stolen, it is still wrong. All the good and excellent programs that DAP funded could be funded by the regular budget, unless DBM will call the latter as “not good”. To cut borrowings is an even better, more bleeding heart goal, than continued fiscal irresponsibility. Of living beyond one's means. Of endless borrowings, with or without a crisis.

Government should stop borrowings whenever possible. If projected revenue is P2 trillion, then spending should be P2 trillion and not P2.3 trillion because government will borrow P300 B. Better yet, spend only P1.8 trillion, use the P200 B surplus to pay back the debt. In times of crisis, borrow. In times of no crisis, pay.

The public debt can never be repaid by taxes alone. It is P5.6 trillion now. It is rising by around P350 B a year, with or without a crisis. The debt can be paid or at least drastically shrank by large-scale privatization + pay back via fiscal surplus. The P330 B a year interest payment alone is already huge and scandalous.

Fiscal irresponsibility works this way: All administrations say, "We are paying for debts and loans enjoyed by our predecessors. Might as well do it too. Spend-spend-spend now, let the future administrations and taxpayers worry where to get the money."

Also in the households, do not incur new spending if your resources are tied to old or recurring spending. Thus, do not buy a 2nd car yet if the 1st car can still service various household needs. This is not the case in government. They create new welfare program/s and subsidy/spending even if some old and existing welfare programs do not work as designed. Like the CCT, a huge multi-billion pesos subsidy program for the poor, without shrinking or terminating some existing subsidy programs that do not work. Basta lang gastos ng gastos, utang ng utang.

"Incurring debt is necessary to expand economic activity" is true if done on limited period. If done endlessly, wrong. In periods of no crisis, we should aspire not only for balanced budget, but budget surplus, pay some debt. In periods of crisis or emergencies (like the big earthquake of 1990, the Pinatubo eruption in 1991), borrow. Again, people can demonize personal irresponsibility but not fiscal/government irresponsibility. 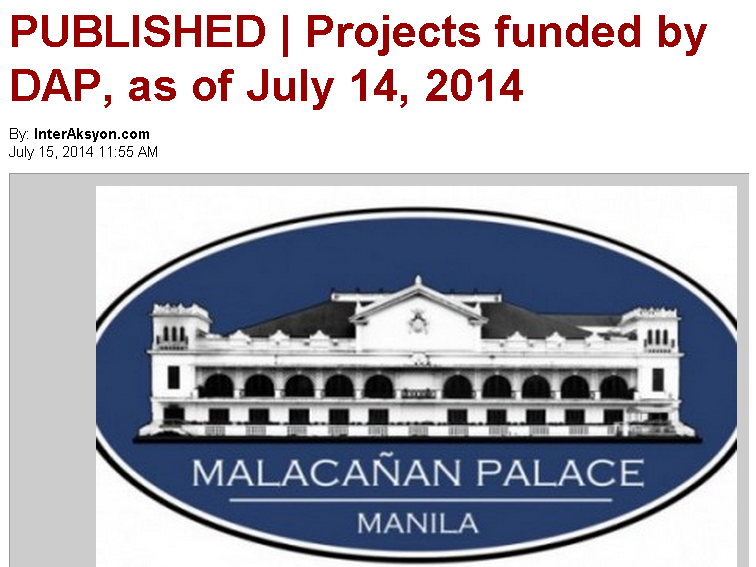 The DAP controversy has also showed that political patronage has expanded from the traditional local and national politicians, to some NGOs and people's orgs (POs). Not the Napoles-type NGOs but old, grassroots, well-meaning NGOs. DAP has funded party or entirely, their programs for fisherfolks, poor patients, urban poor, indigenous people, women workers, the oldies, etc. Thus, DAP is good even if it may be unconstitutional or has violated existing laws and RAs. So long as it is our sector and NGOs that benefited, it is good.


Notice also that almost all governments around the world are fiscally irresponsible. Heavy and endless borrowing is in their DNA. Wastes and irresponsibility seems to be "built in" their system. Every year is a "crisis" or "emergency" year and thus, over-spending via borrowings is the default mode. The "idle" funds used for DAP presented a good opportunity for the President to think and act Liberal -- Liberate the taxpayers from endless burden of heavy and multiple taxation to finance government wastes and huge debt stock. But the President acted like any populist leaders where "each year is crisis year" with zero exception.
-------------.