Last October, a faculty member of DLSU Political Science Department, Antonio "Tonton" Contreras, wrote an article on "Savings, errata and postmodern politics" and made a lousy conclusion that
“the kind of politics that we have right now is postmodern.” 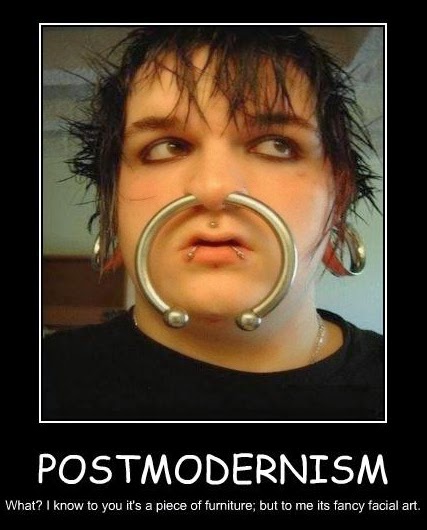 Tonton cited this as an example, "our Constitution being openly challenged and undermined, without even mounting a coup. We have a Visiting Forces Agreement that subordinates our sovereignty to another country."


Last time I checked, foreign investors still cannot invest in areas that are either totally prohibited (ie, reserved 100 percent to Filipino investors only) or restricted (they can invest, 40 percent max equity), because the Constitution is still being upheld. I have read the VFA, a short document actually, maybe only 3-4 pages long. There is zero, nothing there, that says American military personnel can steal or land grab or kill here if they like and they will not be subject to PH laws. What PH sovereignty was subordinated?

So because the PH Executive and Legislative bodies try to "undermine" the Supreme Court and institutions, it is defined as "postmodern"?

Since I am not a political scientist by training and it is a technical term in that discipline, I asked other friends who are political scientists. Tonton's colleague at DLSU, Louie Montemar, defined the term as "post-modernism, there is no universal “truth”, truth is negotiated and can only be 'possible' in 'small' groups."

I thanked Louie for that. A web check, one definition from WiseGeek says,

no single “truth” can be established about anything, including good and evil, and that ideas should be deconstructed to find meaning.... If there is no single “truth” that is acknowledged by all people, then those people are more likely to question the actions of their government.
http://www.wisegeek.com/what-are-postmodern-politics.htm

I like wisegeek's definition. Governments thrive on coercion, they are forcing, coercing, arm-twisting their citizens to follow certain rules and legislations (from high and multiple taxes and fees, no business should start unless  they get dozens  of permits, no smoking there, no parking here, no pedestrian crossing there,,...) they enacted, with fines, penalties and imprisonment for violations. Because those rules are the universal "truth" that must be obeyed. Post modernism politics in effect negates that universal "truth" imposition by governments, or at least many of those "truths" that became local and national legislations.

Tonton defined  postmodernism at the end of his article,

"In short, everything is negotiable in Philippine politics. We deconstruct and destabilize well-established political concepts, constructs and processes. In political theory, these are telltale signs of the post-modern."

I think the author just wanted sensationalism in his article. Being an academic, he uses academic terms like "post modern" to sound sophisticated and advance a lousy analysis. We have not even reached a "modern" state yet where the rule of law really rules, and not the rule of men. That is how some academics fool their readers. Using jargons and sophisticated-sounding terms to sell a lousy analysis.

I like Louie's definition too, "truth is negotiated and can only be 'possible' in 'small' groups."

Tonton was talking about a big group, the entire country, not just a small group like a rotary club, a running club or a university student council or a company union.

So his conclusion, "everything is negotiable in Philippine politics" is, ummm, post-modern garbage, hehehe.
----------