This afternoon, the Admiralty in Hong Kong has been cleared of protesters and their tents, other obstructions. I support the cause of the protesters -- greater political independence from China communist government. I support the street occupations, but only for a short period of time. 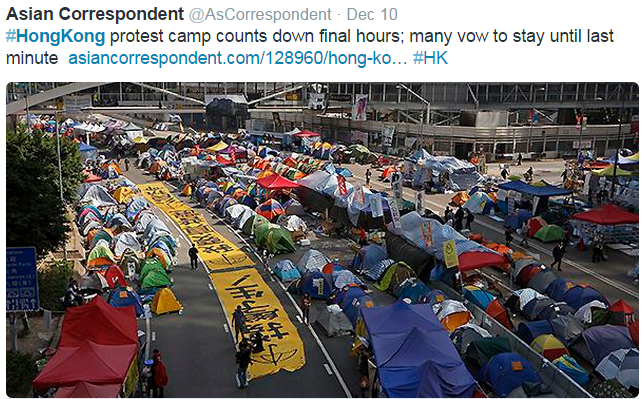 Freedom of expression is good and noble, I support it, but it should not restrict or contradict freedom of mobility of other people. Street occupation for a few days or weeks is understandable. But for more than two months, I think it is wrong. Below, twitter pics from the Harbour Times. 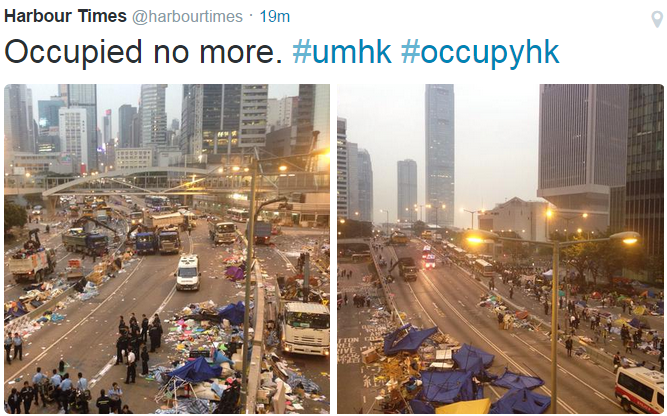 I and some friends visited that site at the Admiralty last November 5, 2014. My immediate impression was that the protests have morphed to become a "tent movement" from the original "umbrella movement." So many tents with no one inside, except for a few tents at the protest center. 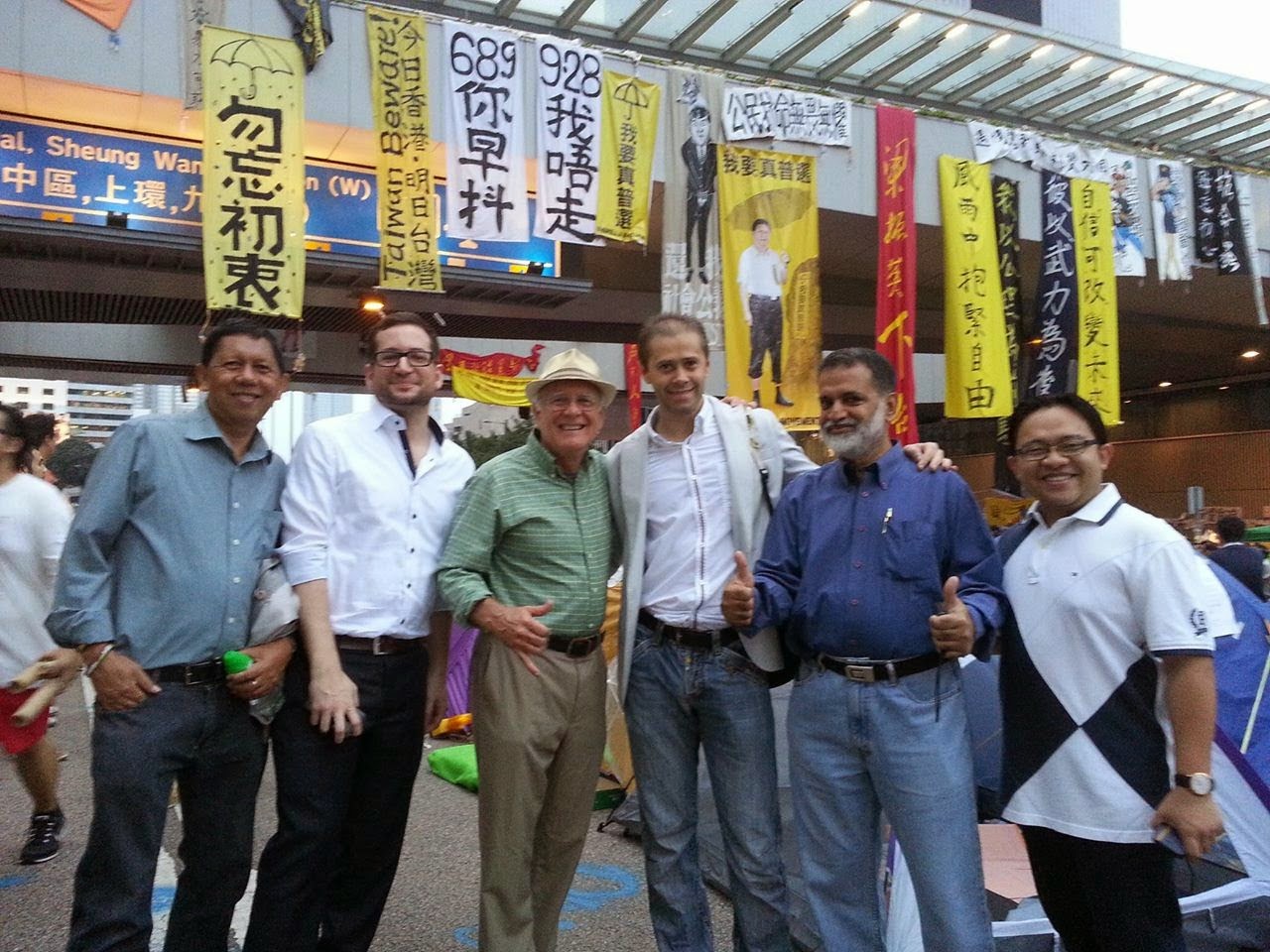 Four lanes each, total of eight lanes, were occupied by many tents and protestors at the Admiralty/ Many go home afterwards. People cannot live in tents for days or weeks -- no toilets, no showers. Portable toilets are good only for half-day or whole day rallies, but not for weeks and months. 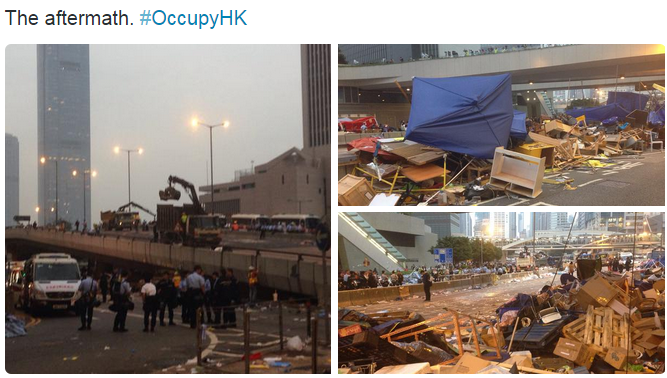 There was "mass arrest" too. .I don't know the details why such action was done by the HK government. I think removing the tents and other obstructions should be enough.
Poor Jimmy Lai. I heard him speak during the EFN Asia conference 2004 in Hong Kong. Very articulate, down to earth, and liberty-minded guy. Too bad that he is among those arrested. 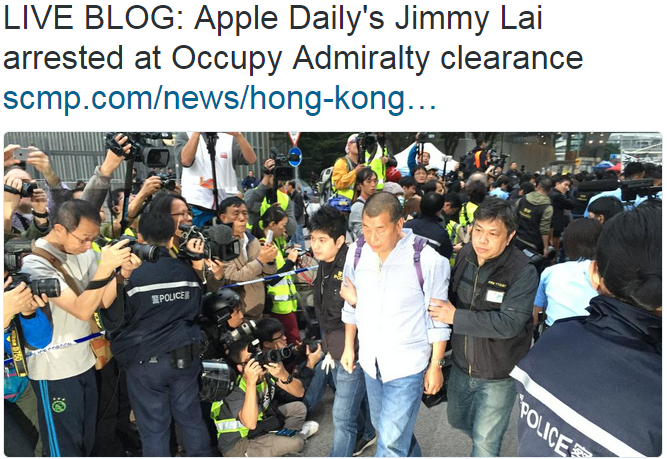 I heard Emily Lau during the EFN Asia conference 2014 in Hong Kong, just last month. She too is a very articulate and passionate speaker. 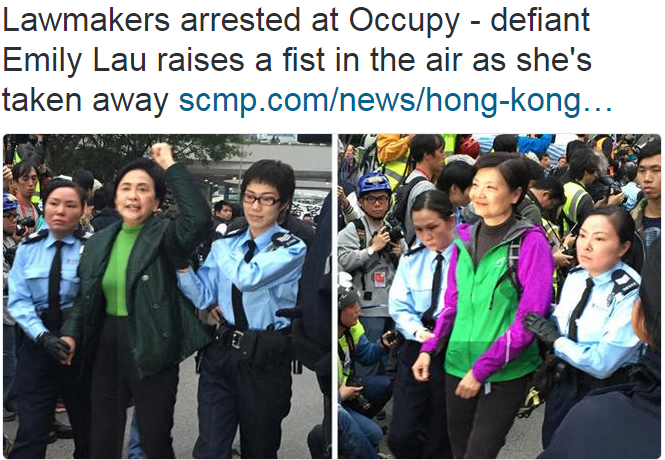 Again, I support the cause of the protesters -- NO to more China communist government heavy hands in Hong Kong. But while the protesters have this freedom of expression, other people in HK, both locals and foreign visitors, also have the freedom of mobility to pass that busy road at the Admiralty, also in other occupied areas. The latter should not be sacrificed for many weeks and months at the altar of the former.
-----------