The Philippine Economic Society (PES) held its 52nd annual conference last November 14, 2014 at the Intercon Hotel in Makati City. I attended it, I am a lifetime member of the PES.

Nice conference as usual, especially the simultaneous panel discussions in the afternoon. The morning keynote speeches were also good, with Sen. Sonny Angara, then House Speaker Sonny Belmonte. The heads of WB-PH and IMF-PH also spoke and they over-talked. The current PES President, Dr. Stella Quimbo + her team have good political connections to get these two high level legislators.

There were about seven simultaneous panel discussions in the afternoon in one batch, plus another seven total of around 14 panel discussions. In the first batch I attended the panels on energy, labor market and poverty (I was hopping from one room to another). 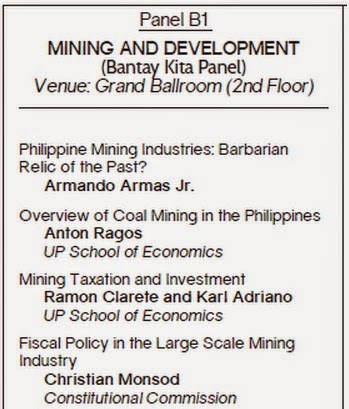 In the second batch, I attended the panel on mining. Here are the speakers. The moderator was PES board member and DOF Assistant Secretary Maria Teresa Habitan.  All the four speakers were given  15 minutes each to present, to be followed by an  open  forum.

The first speaker was Armando "Mandy" Armas, who was in his usual self – bombastic, bold, sensational, no holds barred. He showed several tables from his book, published recently in August 2014 (below) and he argued that we need mining and its various economic potentials not realized by the anti-mining people. 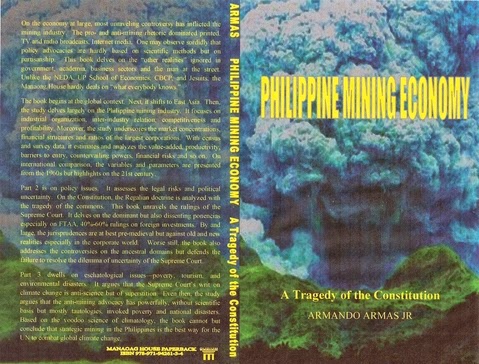 Then the two young researchers from UPSE (MA and PhD Econ candidates). Then Atty. Christian Monsod, hubby of my former teacher in Econ 199 (undergrad thesis) in the 80s, Ma'am Winnie Monsod, a former Comelec Chairman, a former Constitutional Commissioner, among  others.  Photo below, Mandy speaking while Ragos, Monsod and Adriano were listening. 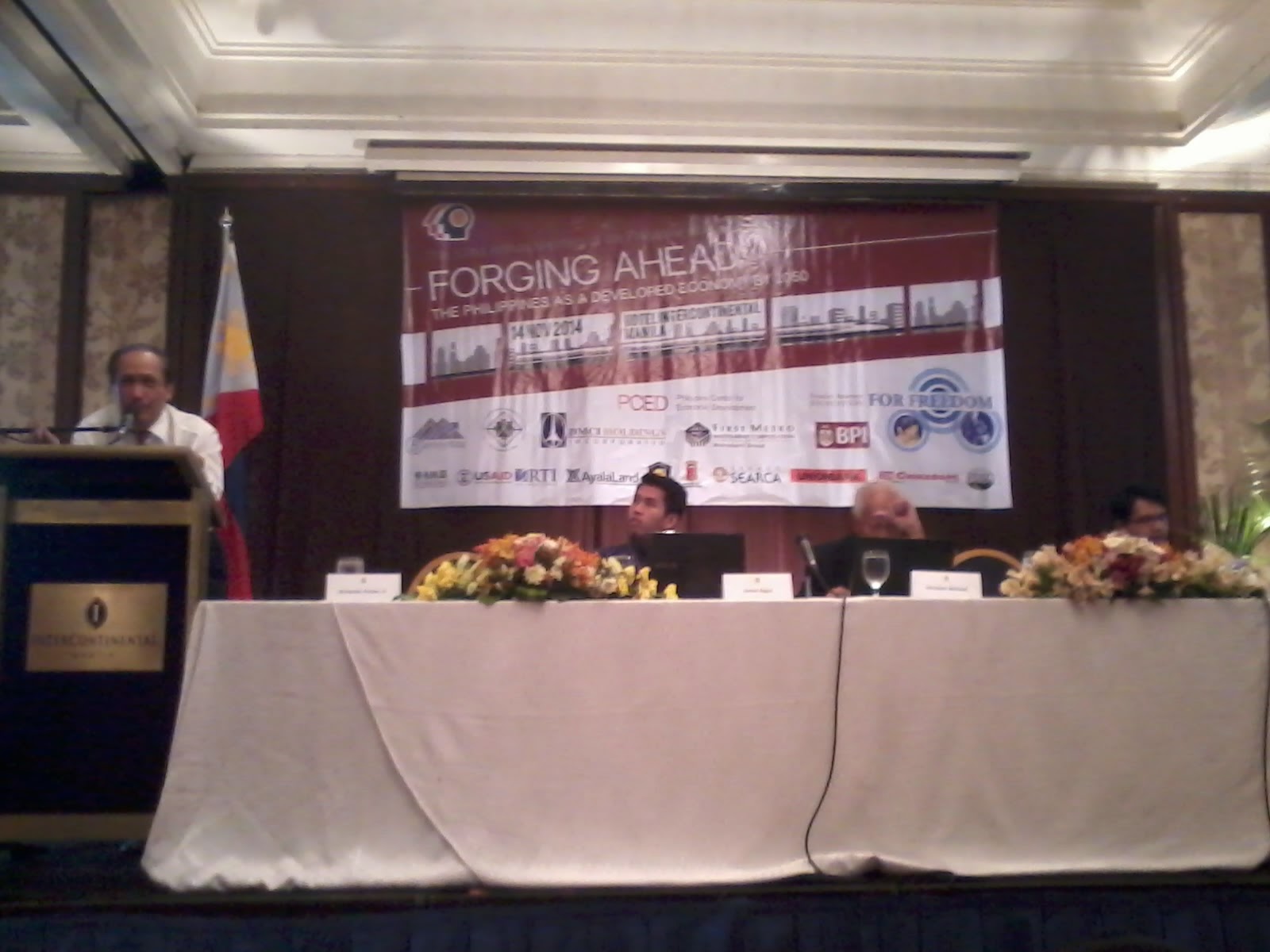 He was delivering well. I don't have his presentation yet but I saw a paper where he was a co-writer and he was saying the same thing as below -- mining is so detrimental to the environment and the people, they are not exactly anti-mining, they can support it BUT... and this can be tantamount to saying "No  to mining". 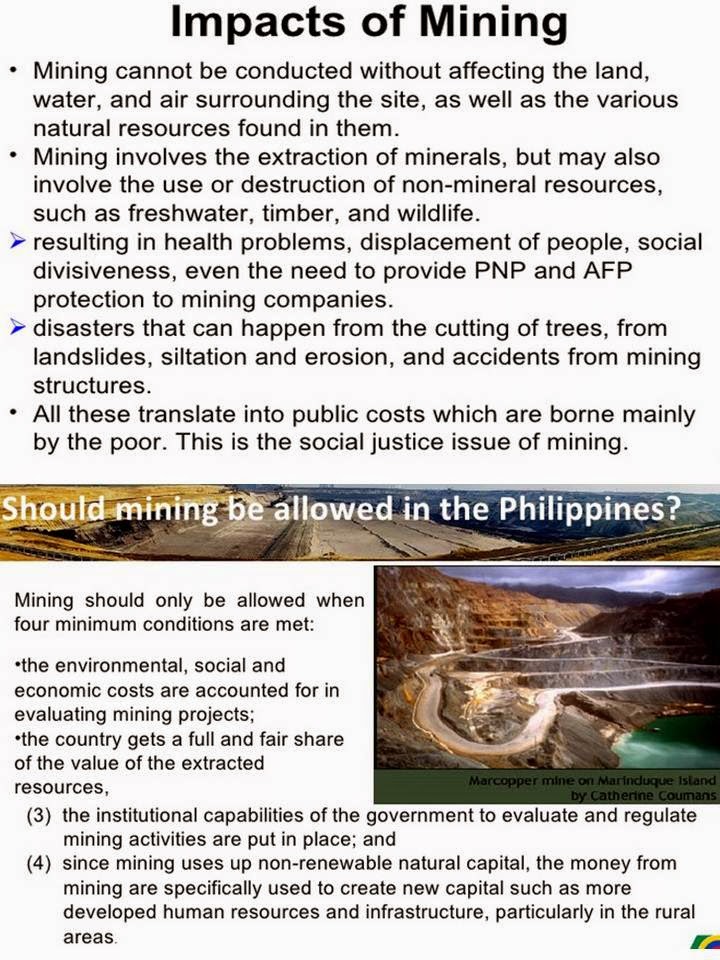 
Then the moderator, ASec Tere reminded him that his 15 mins. allowance (applied to the 3 other speakers) was up. He commented while giving his talk, “So you want me to end now?” Tere nodded. Christian stopped talking, got his things in the table on  stage, and walked out of the room. Pikon, hehe. Hindi naman pini-pikon, simple reminder lang.

Most or all other speakers who are reminded by their moderators that their time is up have three options or reactions. (1) “Can I have a minute extra to wrap things up?” (and almost all  moderators would say Yes), (2) Continue talking as if the moderator does not exist, or (3) stop talking and continue the lecture during the open forum.

So Christian has 3 or more choices, but he took the lousy route, walking out. Beehhh, bondying, hehe. No one  in the room knew what irritated him -- maybe Mandy Armas’ bombastic talk earlier, maybe he has a bad day somewhere, maybe … :-)

Photo below: UA&P Prof. of Econonics and former PES President Peter Lee U, and Mandy Armas. 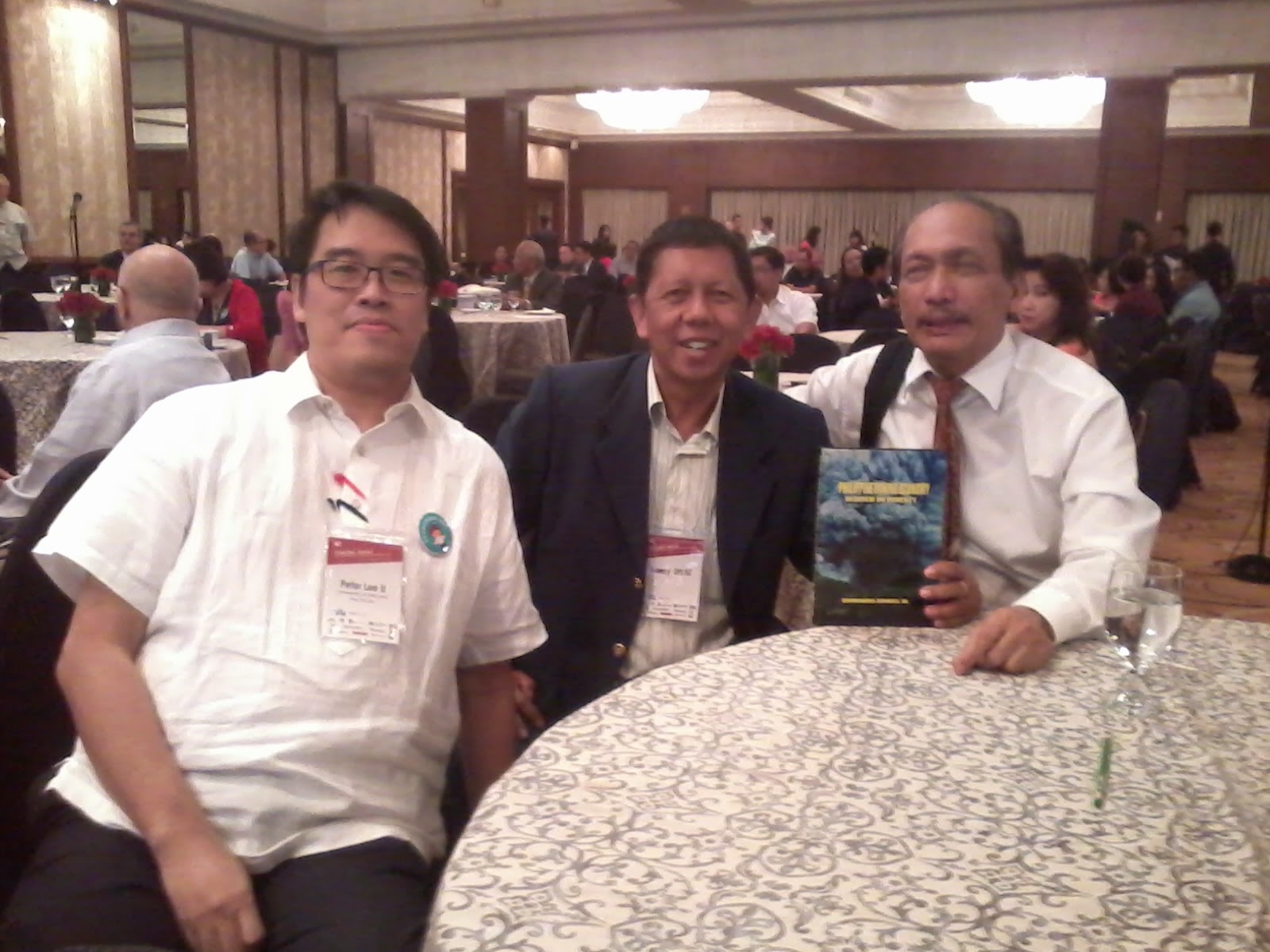