Rule of Law 25: Corruption in Europe

The Economist magazine's December 6th 2014 issue featured this chart with this note,

Much about the practice of bribery remains murky. The OECD’s first report on the subject, published on December 2nd, sheds some light. Some findings confirm what was known or suspected. But the report also undermines some common beliefs. Bribery is not a sin of rogue employees or poor countries. 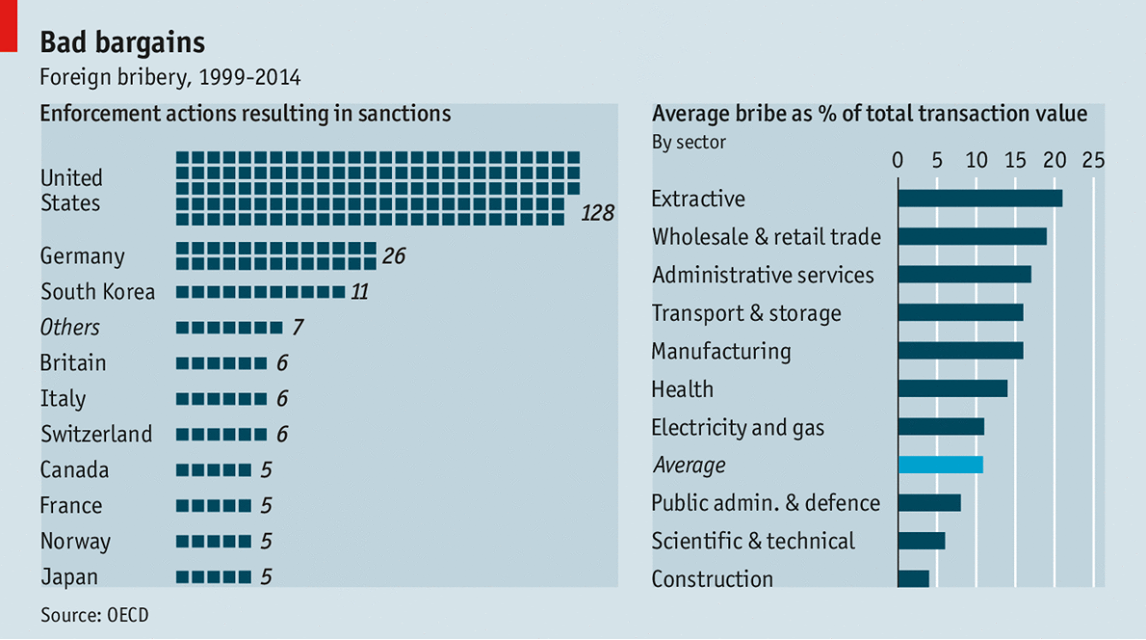 Why? Because most of those bureaucratic procedures were deliberate, to make simple things become complicated, more time consuming and more costly. So players have only two choices --- endure the long, bureaucratic and costly process, or hasten it via bribery and corruption.

The implication here, corrupt leaders need not be thieves and steal public money. They can still become super-super rich in government by declaring many restrictions and prohibitions: No gambling, no prostitution, no drugs, no smuggling, no gun running, and so on. Then allow all of these, in exchange for huge bribes. So more prohibitions and regulations mean more opportunities and temptations for corruption and bribery.

A friend from FNF, Olaf Kellerhoff, posted this once in  his  fb wall. 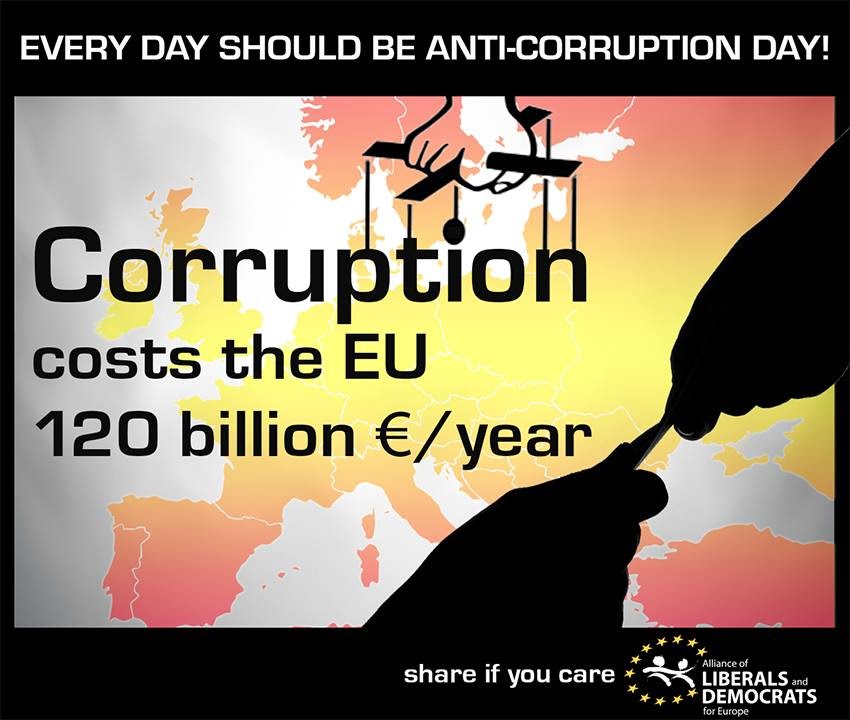 Even rich countries characterized by strong adherence to  the rule of law can have a big portion  of "rule of  men". Corrupt officials and personnel who think they can get away with any prosecution.

Email ThisBlogThis!Share to TwitterShare to FacebookShare to Pinterest
Labels: corruption, rule of law