Business 360 20: Trade and Development in Asia

* This is my article for the business magazine published monthly in Kathmandu, Nepal.
---------- 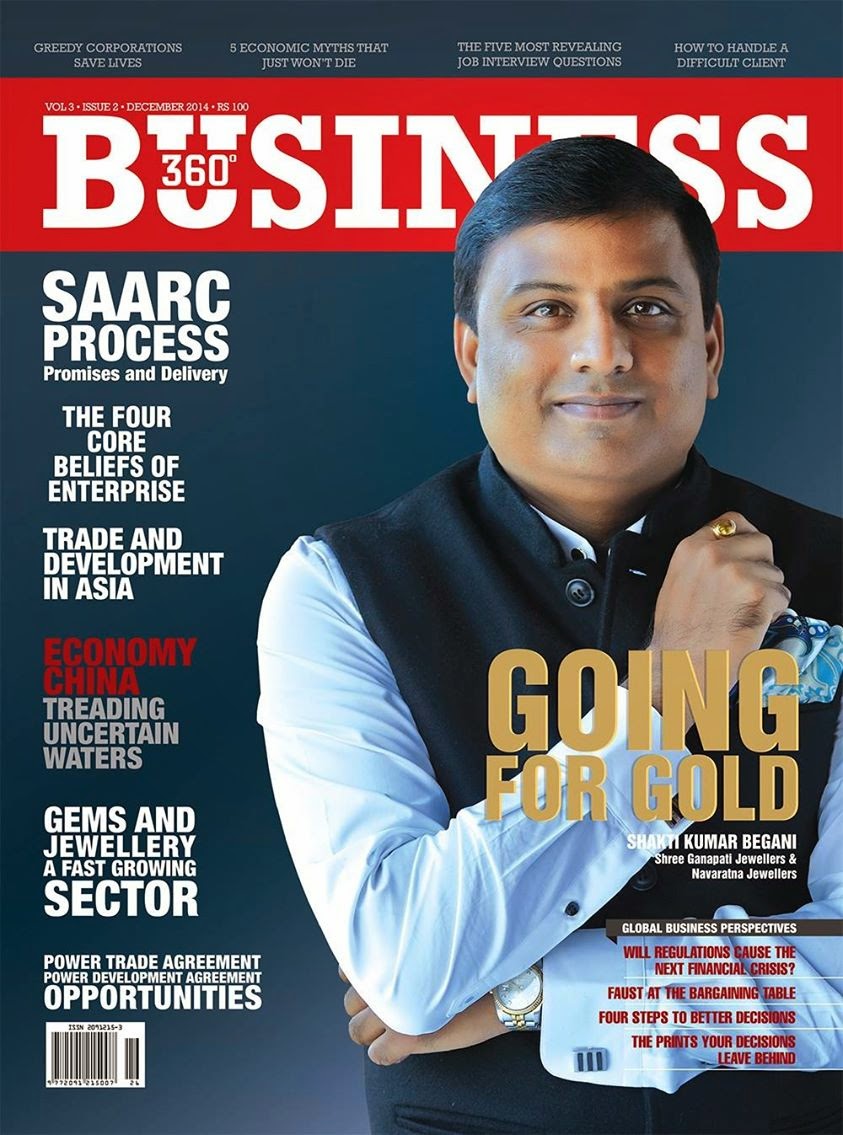 Asia is home not only to the most populous nations around the world like China, India and  Indonesia, but also to the fast-growing economies, big and small. Opening up to global trade is among the most useful policies that governments of these more fortunate economies have undertaken.

Below is a short summary of the human resources – producers and consumers, sellers and buyers, entrepreneurs and workers – of selected Asian economies. For brevity purpose, only the big population (above 20 million) economies are included in this table. Gross domestic product (GDP) is expressed in Purchasing power parity (PPP) valuation to levelise the pricing and valuation of similar goods and services across countries.

Sources:
a. Population and GDP sizes, IMF, World Economic Outlook 2014, Database
b. Merchandise exports, ADB, Key Indicators of Asia and the Pacific 2014.
The columns on Multiple are not part of the tables from these sources; they were only added in this paper.

While most of the praise in the world is directed to East Asian economies, those in South Asia, in particular India and Bangladesh, are also showing renewed dynamism. There is a need to keep that momentum and for others, to pick up speed and momentum.

Opening up to more global trade, reducing restrictions and regulations in exports and imports, is among the most important policy reforms that a country can take. And it is not only more exports but more imports as well. When local producers have more access to better machines and newer technologies from abroad at more competitive or affordable prices, that alone quickly improves their productivity. And it translates to business expansion and more job creation.

Multilateral trade negotiations through the World Trade Organization (WTO) have become too time-consuming and bureaucratic that free trade was minimally moving through this route. The easier route taken by many countries is through bilateral and regional free trade agreements or free trade areas (FTAs).

An even faster route is via unilateral trade liberalization, a country simply opens up the border to global trade, tariff is zero, shipment of goods is given quick clearance. Only goods that can harm public health like poisonous substances, suspicious drugs and medicines, guns and bombs, are strictly regulated. Few countries have already taken this route, like Hong Kong, Singapore, Dubai and Chile. 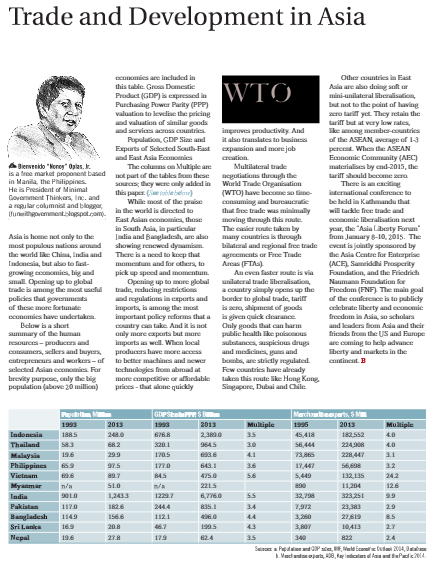 Other countries in East Asia are also doing soft or mini-unilateral liberalization, but not to the point of having zero tariff yet. They retain the tariff but at very low rates, like among member-countries of the ASEAN, average of 1-3 percent. When the ASEAN Economic Community (AEC) materializes by end-2015, the tariff should become zero.

There is an exciting international conference to be held in  Kathmandu that will tackle free trade and economic liberalization next year,  the “Asia Liberty Forum” on January 8-10, 2015.  The event is jointly sponsored by the Asia Centre for Enterprise (ACE), Samriddhi Prosperity Foundation, and the Friedrich Naumann Foundation for Freedom (FNF). The main goal of the conference is to publicly celebrate  liberty and economic freedom in Asia, so scholars and leaders from Asia and their friends from the US and Europe are coming and help advancing liberty and markets in the continent.
----------