From the DOE website, some group photos showing some of the major players in the PH energy sector. Below, one solar group, the Confederation of Solar Developers of the PH, Inc. (CSDP). 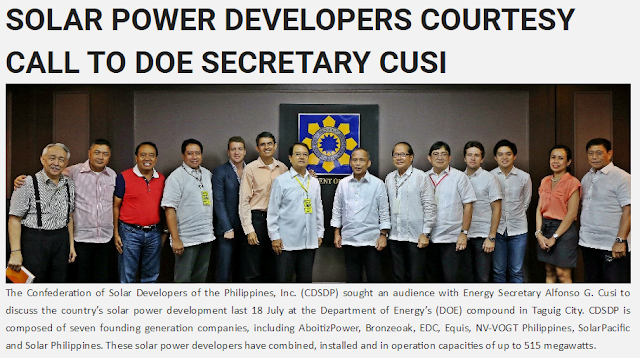 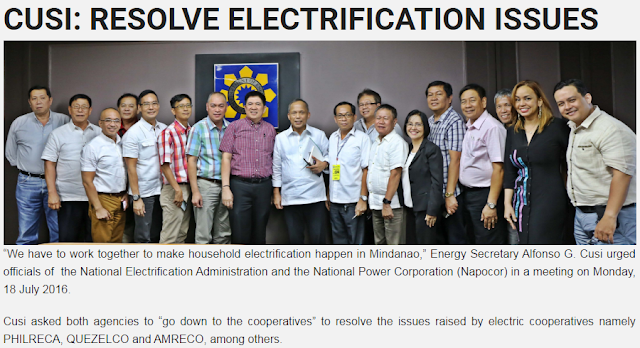 Cusi asked both agencies to “go down to the cooperatives” to resolve the issues raised by electric cooperatives namely PHILRECA, QUEZELCO and AMRECO, among others.

Among the issues raised by the electric cooperatives were ensuring the right of way for electric projects, tax reforms, non-privatization of Agus and Pulangui complexes in Mindanao, the interconnection of SPUG areas to the main grid and the putting up of a one-stop shop and fast lane for the processing of permits and licenses for energy projects.

On the DOE-Meralco partnership in providing electricity connection to relocated informal settlers. 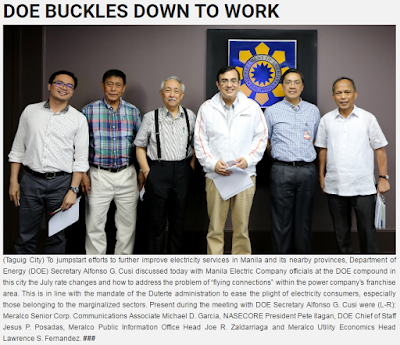 Meanwhile, I am curious why the electric  coops would oppose the privatization of hydro power plants in Mindanao? This is long overdue as EPIRA was enacted in 2001 or 15 years ago. Besides, only private players operating in a competitive environment would have enough incentives to really improve the electricity output of those hydro plants, especially when WESM in Mindanao would start operating.
---------------